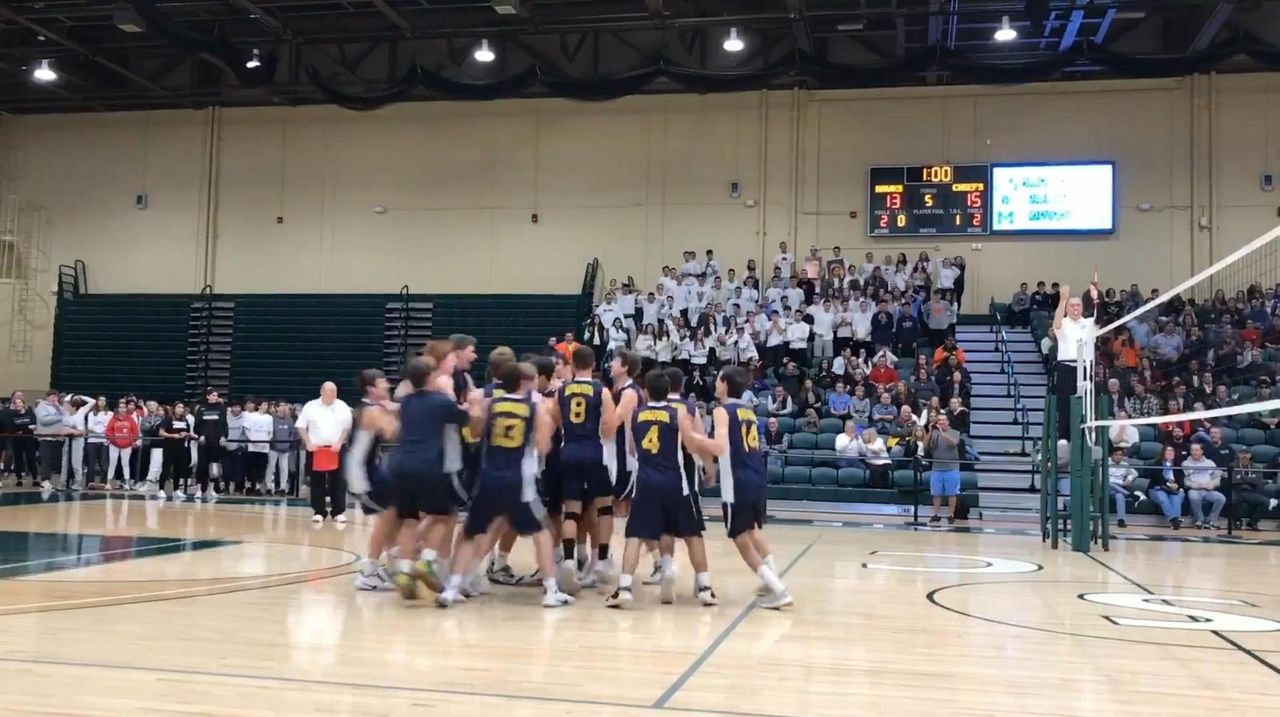 When Nick Bianco and his Massapequa teammates handed defending Nassau Class A champion Plainview-Old Bethpage JFK its first loss of the season on Oct. 25, it instilled a new confidence in the Chiefs.

One they rode all the way to a county title.

“Up until a few weeks ago, we hadn’t beaten this team during my time here,” said the senior outside hitter who had 23 kills and three blocks as No. 2 Massapequa defeated No. 1 Plainview-Old Bethpage JFK, 25-20, 21-25, 26-28, 25-23, 15-13 at Farmingdale State on Friday night in a rematch of last season’s Nassau Class A boys volleyball final. “Knowing that we could take them down, it was a big confidence-booster. It just proved to us that we knew we could beat any team.”

Massapequa (16-2) earned its second county title in three years and will return to Farmingdale State to face Sachem North in the Long Island Division I championship on Tuesday.

Massapequa broke a tie at 21 and came up with a 25-23 win in the fourth set to force a winner-take-all scenario. The Chiefs jumped out to a 6-3 edge in the final game and clung to a 13-10 lead later in the set. Following two Plainview points that brought the Hawks within 14-13, Massapequa closed it out with one final point to capture the county title.

Aidan Gregory tallied 46 assists and Vinny Colucci had 10 kills in the win.

“We’re used to it by now,” Colucci said. “We’ve been down before, we’ve been up before. We just had to take control of the match and the seniors had to bring everyone together as a team.”

First-year Massapequa coach Elissa DiSalvo reassured her team with the Chiefs pushed to the brink of elimination.

“I told them, ‘So what, now what?’ ” DiSalvo said. “Playing a series of one-point games really makes a difference. Playing for that one point ensures that you’re going to get another.”

The Hawks evened the match at one set apiece after riding a quick 9-4 start to the second game. Massapequa pulled to within 22-20, but Plainview notched three of the final four points.

“This was the first step toward our final goal of going upstate and playing for the state championship,” Bianco said. “It was another day in the office for us.”