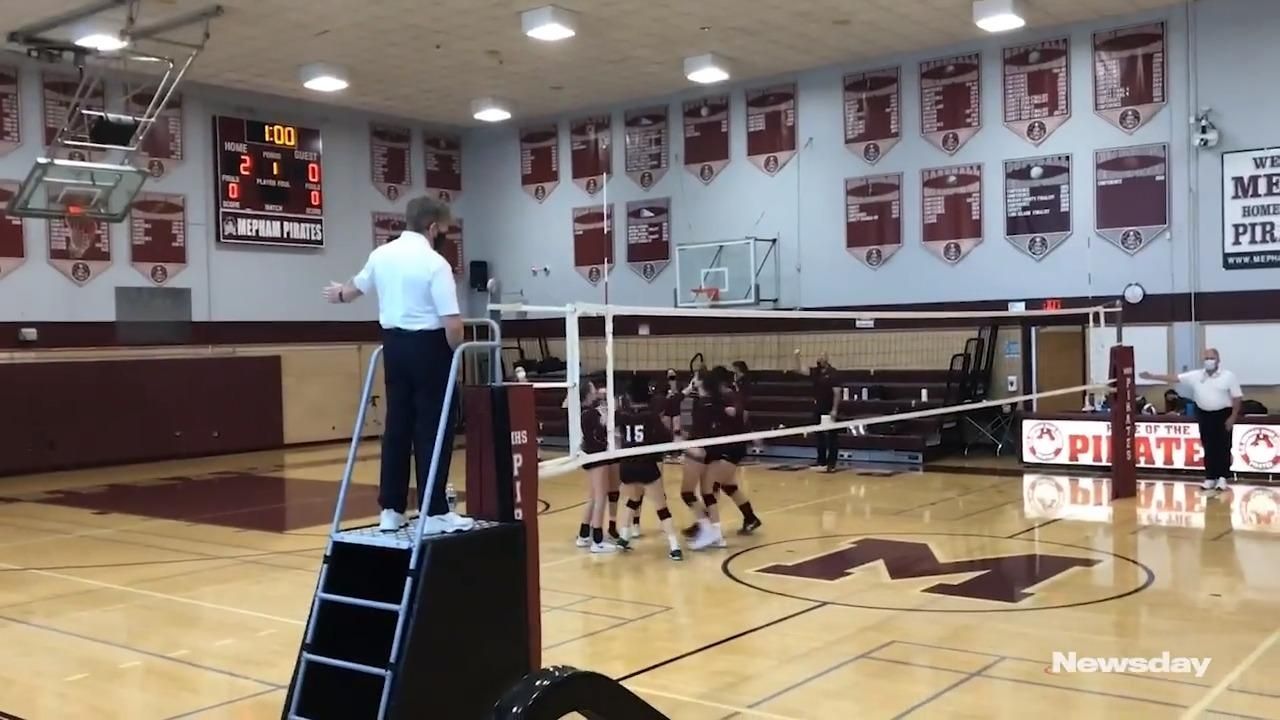 Samantha Green brings her experiences from the beach into the gymnasium.

Green is a five-year starter for the Mepham girls volleyball team. But next year, she’ll be attending Tulane University on a full scholarship and playing women’s beach volleyball. Green began playing beach volleyball full time two years ago after years of playing and training with her mother over summers.

"It’s so much different than indoor," Green said. "You get to touch every ball every play and it’s such an intellectual game where it’s always changing. Indoor, you’re often working on one thing, but on the beach, you have to do everything, so it’s really awesome to be able to work on different aspects of each skill."

The arsenal of skills she crafted on the beach transfers indoors. Green is the focal point of Mepham’s offense. On Monday she contributed in every facet with eight kills, 12 assists and seven aces as host Mepham defeated North Shore, 25-15, 25-14, 25-19, in Nassau A-III girls volleyball .

"The offense starts with her, ends with her — it all goes through Sam Green," coach Tom Wildeman said. "I’ve never had more confidence in anyone than I’ve had in Sam."

Green starts every set from the service line for Mepham (6-0). She has elite power and placement behind her serves to facilitate the Pirates’ offense and ended Monday’s victory with an ace. She credits a lot of her indoor success to beach volleyball.

"The courts are a little smaller but not much, so you are getting a touch on every single ball," said Green, who also ranks third academically in her class. "It’s a lot more communication and teamwork orientated with your partner and you need the IQ to be able to run the plays and see where they are not going to be on the other side."

Mepham, coming off a 14-1 season, had many contributions in Monday's victory. Lauren Boles had 13 assists and four kills, Chelsea Lufrano had 15 digs, Olivia Crowley had 13 digs and Lauren Bourquin, Riley Clark and Riley Palmer each added five kills.

"We are all close off the court and when we come on the court, our communication is just smooth and we all have fun doing it," Green said. "I think that’s really important. We are all happy to be here and happy for this opportunity."