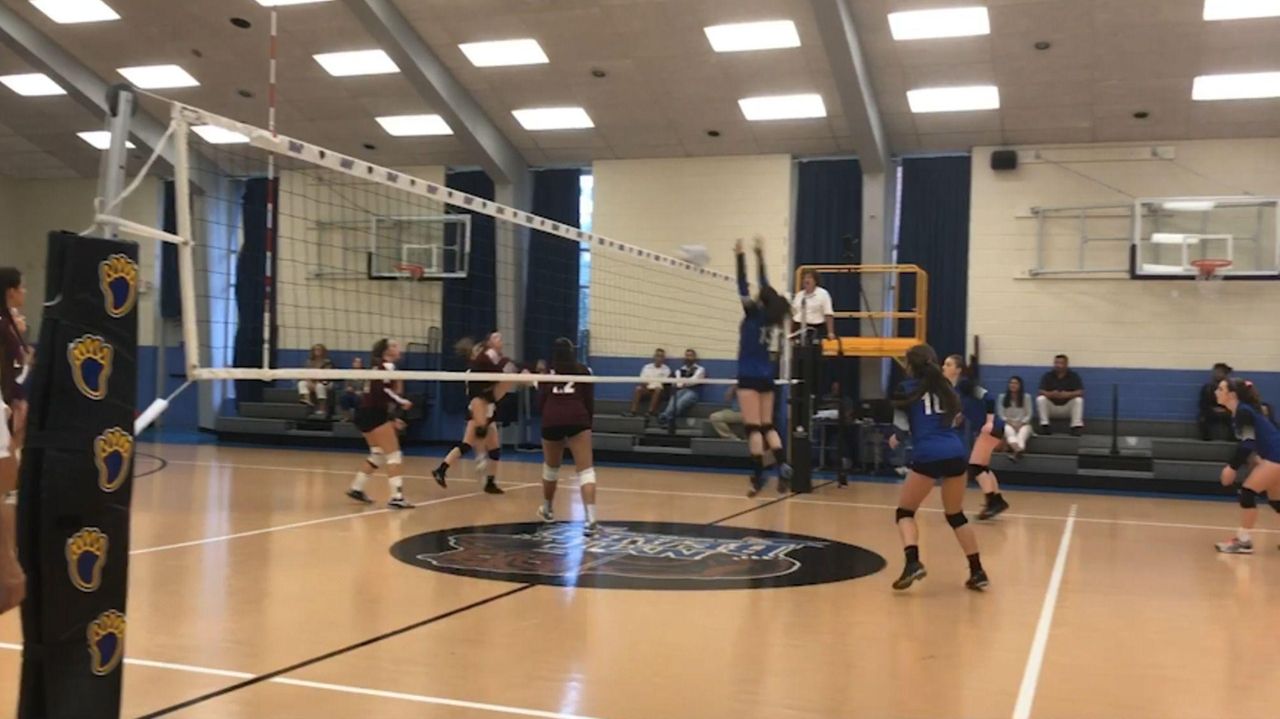 Whitman and Centereach are no strangers to each other and on Wednesday afternoon, they played another back-and-forth girls volleyball match.

“We’ve played them so many times, it’s such a big game,” Zakrzewski said of Centereach, which played Whitman three times last year, including a postseason match that Whitman won, 3-1.

Early on, it looked like Centereach would flip the script, as the combination of Amanda Goldstein’s powerful hitting for the Cougars and a series of unforced errors from Whitman cost the Wildcats in the first two sets.

“In the beginning, we were getting in our own heads. We would mess up and think about it for the rest of the play,” Zakrzewski said. “The trick is to forget about it and move on to the next point.”

Despite the rough start, Latko said she did not lose confidence. “During the second set, me and Natalie were talking and said, ‘we are going to win this. We cannot go out in our senior year and lose one of the biggest games of the year.’”

“Whenever we made a mistake, we picked each other back up and that turned it around,” Bryggman said.

Whitman (2-3) cleaned things up in the third set, taking the first six points of the frame before winning it by nine. Centereach (4-4) responded by taking a 17-9 lead in the fourth, before the Wildcats finished the set on a 16-5 run to level the match.

The fifth set was tied at 15 before Whitman won five consecutive points and closed the match on a 10-4 run.

“Our energy towards the end was amazing. They fought hard, so we had to bring up the energy,” DeGaray said. “When we got that last point, it was a great feeling.”