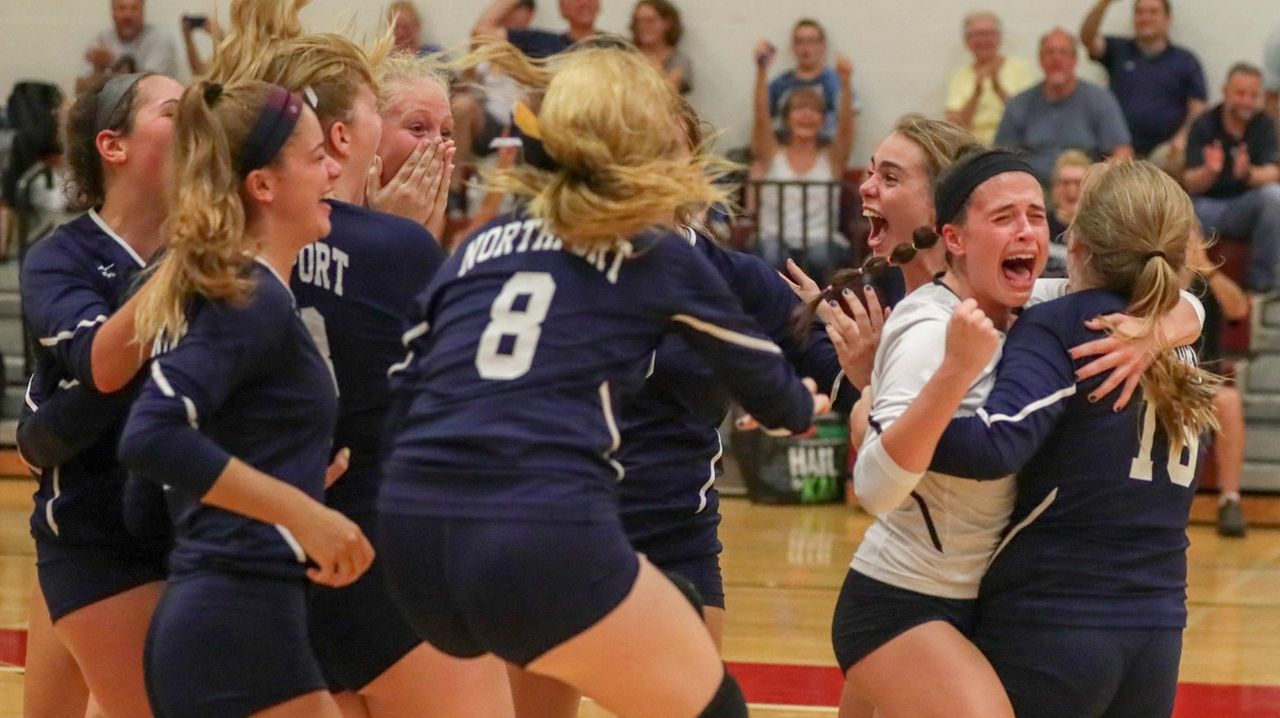 One of Long Island’s most impressive winning streaks — regardless of sport or gender — is over, and the Northport girls volleyball team made it evident something special was brewing as its volume rose with each point.

“I’m just incredibly proud of my girls,” said Kullack, the backbone of a defense that handled big hitters like Kiarra Roth and Diana Migliozzi. “I’ve been playing with them for four years now, and to beat Connetquot is one of the goals we’ve had since the minute I stepped on varsity.”

Connetquot coach Justin Hertz praised Northport and called the streak “a great thing to be a part of.”

To say Northport was the underdog would be an understatement, even when considering that Connetquot graduated six players last June who currently play in Division I. The Tigers were without one of their starting setters, Kelly McLaughlin, forcing Northport to switch its offense on the fly.

Coach Chris Fritch inserted sophomore Aileen McPartland in the back row, who responded by making nine digs in her first varsity appearance.

After two sets of struggling to find rhythm, the Tigers figured it out in the third set. They faced a 20-16 deficit in the fourth set, but a 5-0 run put Rohme in position to finish it with a kill.

“In between the second and third sets, we did not want to lose,” Campbell said. “We wanted to turn it all around right there.”

And so, the Tigers did. Campbell utilized her hitters, none more frequently than Rohme. The senior outside hitter leaped and swung mightily. She didn’t just find holes in the Connetquot defense — she created them. She had three kills after the fifth set was tied at 13.

Rohm said the key to the comeback was managing emotions.

“I think, really, it comes down to how we act,” she said. “Our bench stayed positive the whole time. There wasn’t a time that we were silent, even when we were down.”

Northport was 3-7 last fall but now is 3-0, and Fritch said he knew this time would come. He told his team: “Play every point like it’s your last.”

Now, the Tigers’ sights are set on something greater.

Said Rohme: “We’re not crowned the best team in Suffolk yet, but hopefully, we get there."