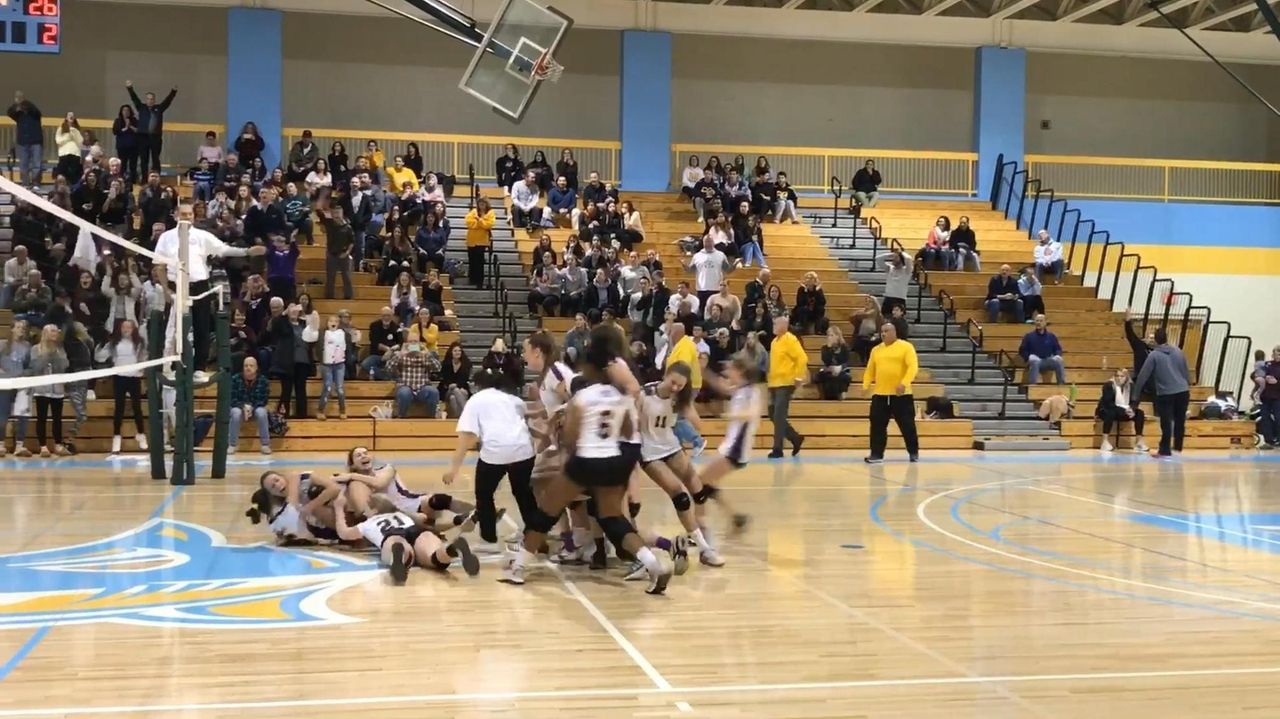 As Oyster Bay watched a late lead quickly slip away in the fourth set to tie the score, it appeared as though East Rockaway had found new life and was on the verge of forcing a winner-take-all set for the county title.

Until Bridget Zahradnik put her team on her back by coming up with back-to-back, game-ending kills, bringing East Rockaway’s run of three consecutive county titles to a close as No. 1 Oyster Bay defeated the second-seeded Rocks, 25-19, 18-25, 25-22, 26-24, in the Nassau Class C final at LIU Post on Tuesday night.

“It’s really amazing,” said Zahradnik, who had 15 kills, 12 digs and five aces as Oyster Bay secured its first county title since 2012. “We were really close last year and to win it this year is so exciting.”

Oyster Bay (11-6) will face Pierson/Bridgehampton in the Long Island Class C championship at 5:30 p.m. on Saturday at Hauppauge.

Leading 23-19 in the fourth set, Oyster Bay watched East Rockaway climb back in and eventually even the score at 24.

“It was stressful, but we knew that we could always count on each other,” said Kaitlyn Kelly after notching 12 digs, 11 kills and two aces. “We’ve had this happen before and we always pull through.”

East Rockaway evened the match at 1 in the second set after riding an 18-8 start. The Rocks appeared poised to win the third set after two consecutive points put East Rockaway ahead 20-16, but Oyster Bay came storming back with nine of the final 11 points to move within a set of the county title.

Zahradnik secured it with a kill, but her diving, one-handed hit that just cleared the net and snuck in for the 21st point gave Oyster Bay a massive jolt.

“We tried to keep it calm and constant throughout the game with our energy,” Zahradnik said.

Leading 20-19 in the opening set, Oyster Bay ripped off five consecutive points to close out and take an early 1-0 lead. The Baymen trailed 14-10 following a stretch where East Rockaway scored seven of eight points. Zahradnik’s kill put Oyster Bay ahead 24-19 before the Baymen forced a return attempt that sailed out of bounds for the clinching point.

“This is amazing,” Oyster Bay coach Jen Iles said. “The kids fought really hard. They were in a hole a couple of times and were able to fight out of it. I’m so proud of them.”