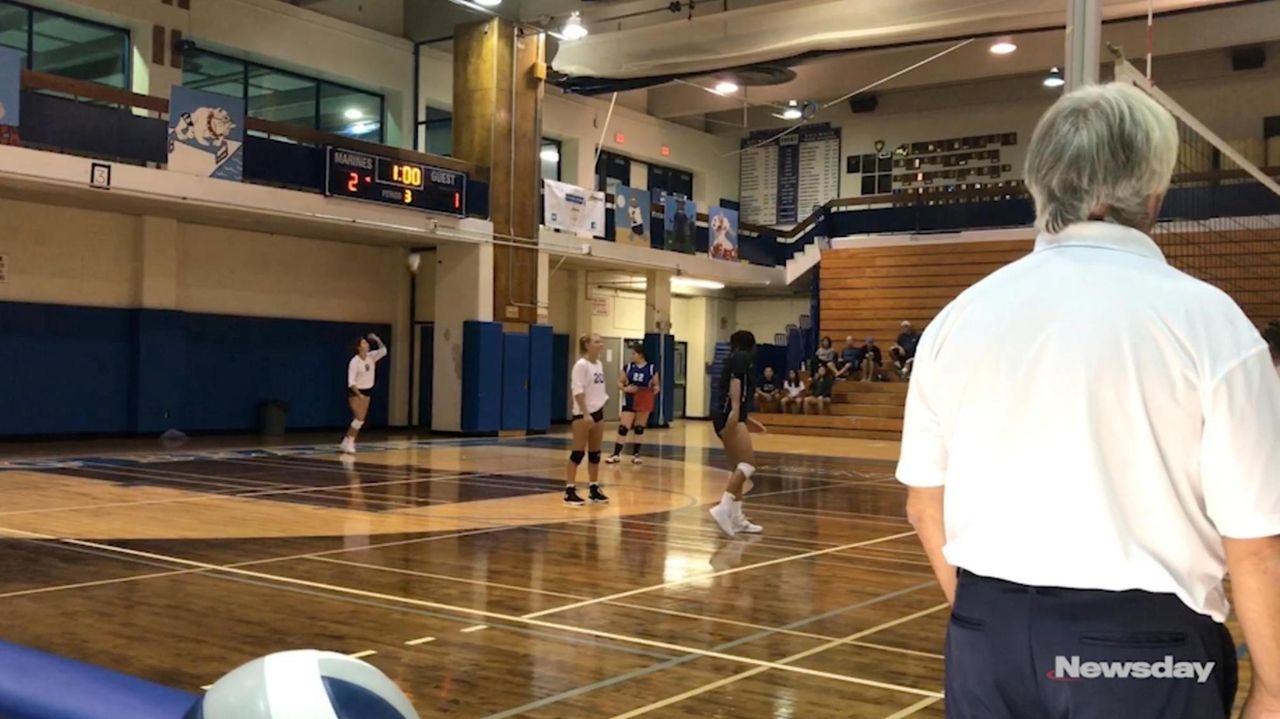 When the ball comes over the net, Kathleen Verastegui is almost always there to receive serve and make the subsequent pass. Then, Grace Rosenberg uses her athleticism to deliver an accurate set. Finally, Emma McGovern rises above the block for an eye-popping, defense-splitting kill.

It’s a formula that’s been tested and utilized for much of this girls volleyball season. The Marines don’t appear to be pivoting from it any time soon.

In a 25-9, 25-13, 25-17 win over visiting Port Washington on Thursday night in a crossover between Nassau AA-C1 and AA-C2, McGovern powered the offense with 22 kills, while Rosenberg tallied 27 assists.

Long Beach improved to 9-0 as the consensus top team in Nassau Class AA, and with the three-headed attack of seniors Verastegui, Rosenberg and McGovern, the Marines eye a lengthy playoff run.

Last year’s county championship was celebrated and appreciated, but Long Beach — a confident yet grounded bunch — is looking for more this fall.

Though everything the Marines do is about precision and timing, power is equally as important. That extends beyond McGovern’s swing. Coach Kerri Rehnback values the high-risk, high-reward of aggressive serving, making it difficult for other teams to return serve.

So Long Beach will have its share of serving errors. There were 16 such errors against Port Washington. But the Marines also tallied 12 aces, three by Marlene Kramer within the first six points of the opening set.

“Anyone can get a ball over the net with a serve, but it’s all about placement,” said Verastegui, who had 14 digs and seven assists. “If you go for a seam instead of right in front of their arms, you’re definitely going to throw them out of system, and we rely on throwing other teams out of system.”

Having already beaten Massapequa and Plainview-Old Bethpage JFK, Long Beach has proven its worth. It’s strategy, though obvious, is tried and true. The Marines are a well-oiled machine.