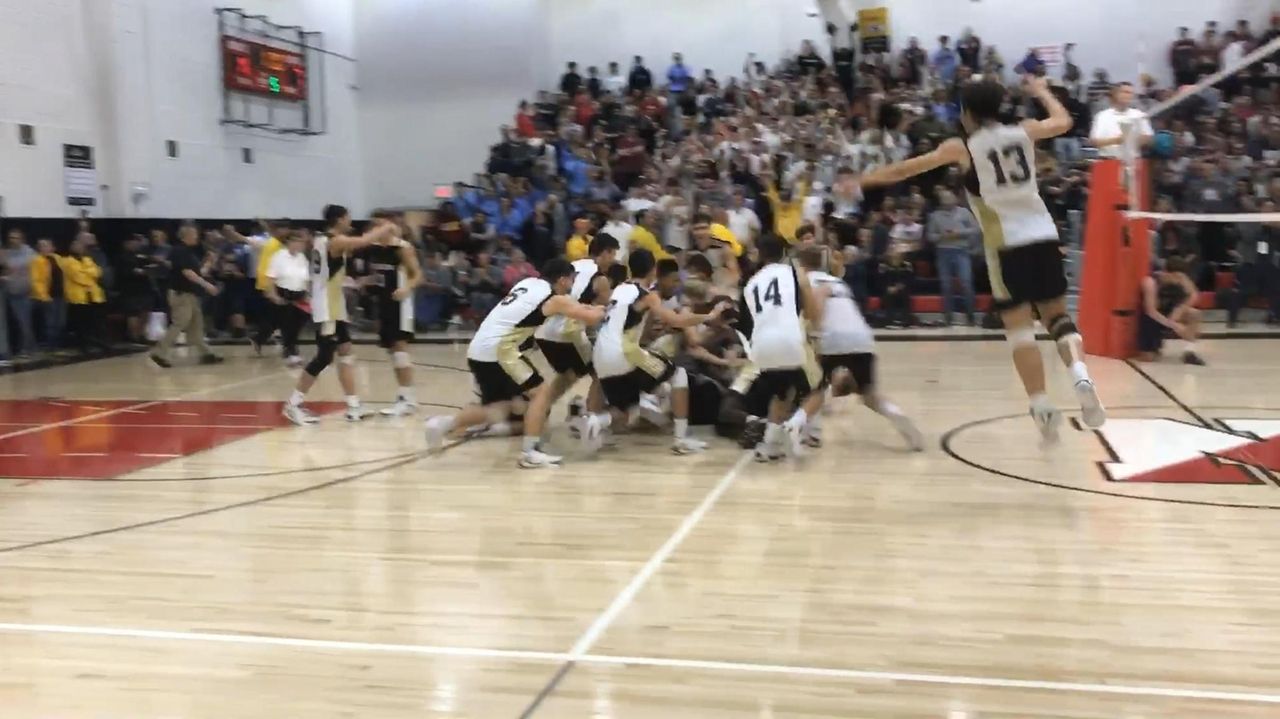 The Sachem North boys volleyball team entered Monday night having dropped only three sets all season, but with a county title on the line, the undefeated Flaming Arrows found themselves pushed to the brink of elimination.

In the end, the defending state runners-up persevered in unfamiliar territory.

“This was crazy,” said outside hitter AJ Fitzgerald, who provided timely kills throughout the tightly-contested contest. “I know we didn’t get enough chances to show it during the season, but our motto is ‘Never give up.’ And that really showed right now.”

Sachem North (17-0) will face the winner of Friday’s Nassau Class A final between Plainview-Old Bethpage JFK and Massapequa in the Long Island championship on Nov. 19 at Farmingdale State.

“This was a great team win,” said setter CJ Johnson. “It took every single one of us. Not just the guys on the court. It took all 20, including the bench.”

Sachem North coach Matt Rivera discussed his message to the team before entering its first winner-take-all set of the season.

“Coming into the fifth set I told them to settle down, play our game and play harder than they do," Rivera said. "Smithtown West always comes out with a lot of energy. Our message was maximum effort, stick together and good things will happen on our side of the court. And I thought we did that.”

Sachem North, which has not lost a match to a Suffolk school since Nov. 7, 2017 against Eastport-South Manor, dropped only its fourth set of the season after falling in the opener. The Flaming Arrows responded in the second set, overcoming a slow start to knot the score at a set apiece.

After Sachem North won the third set to take a 2-1 advantage, Smithtown West (11-6) gave the Flaming Arrows everything it had over the final two.

“My mindset was this couldn’t be my last set as a senior volleyball player,” Fitzgerald said.

Rivera said his players once again demonstrated the winning culture they’ve continued to pass down over the years.

“We have great leadership in the gym and our players build a championship culture every day,” he said. “That culture has persevered from one graduating class to the next. They just keep it going and that’s what’s enabled us to be successful.”