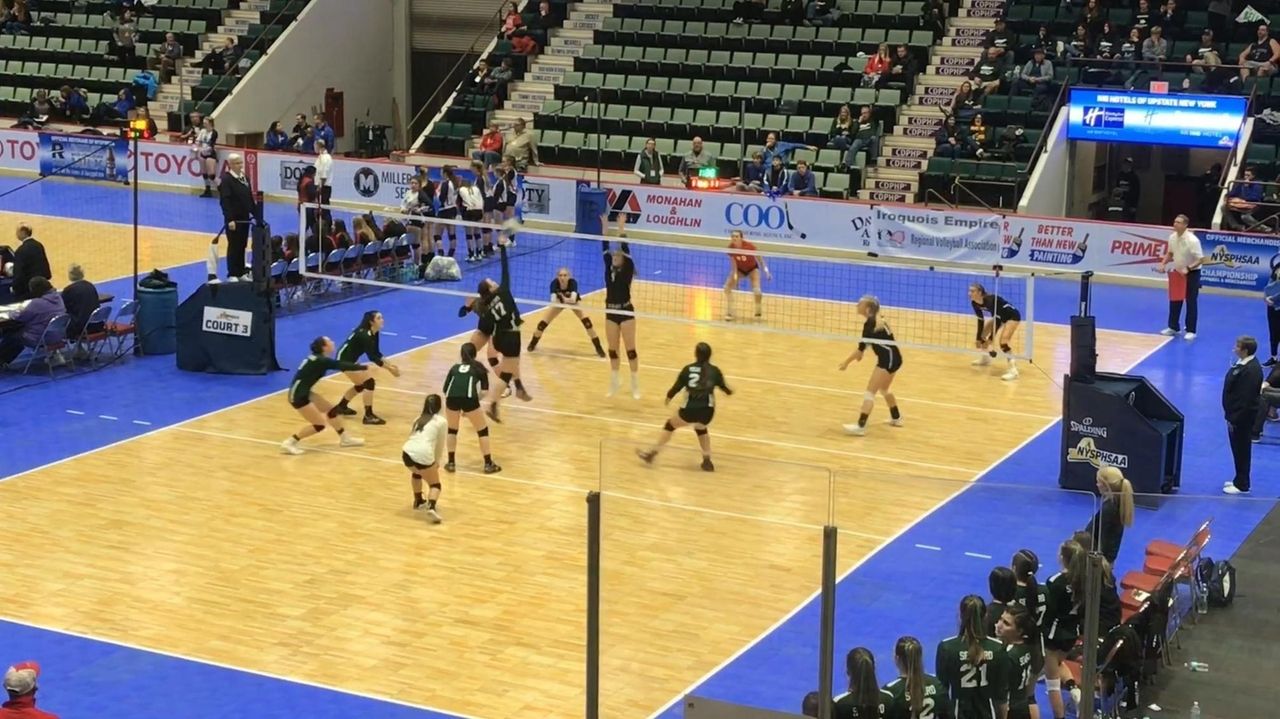 The Vikings girls volleyball team made their first state tournament appearance on Saturday. It didn’t go as planned. They were unable to advance out of pool-play at the Class B state championship at Cool Insuring Arena, losing to Broadalbin-Perth (11-25, 23-25), Ardsley (12-25, 12-25) and Westhill (11-25, 17-25). But the Vikings’ season was not spoiled.

“I’m really proud of our team, we made history in Seaford,” said Karyn Schaller, the Vikings’ senior libero. “Just what we did back home in the regular season [playing bigger schools] and winning the Long Island championship…This was just an amazing feeling for all of us and our family.”

The Vikings (10-8) thank a loaded conference schedule in Nassau AA/B/C-I that prepared them for a late season run. Seaford faced many larger schools multiple times during the regular season, including wins against Baldwin, Farmingdale and Oceanside.

“I think [playing in Nassau AA/B/C-I] helped us a lot,” Schaller added. “I don’t think we would have been as successful if we hadn’t been in that conference.

Seaford handled Wheatley in the Nassau final and Bayport-Blue Point in the Long Island final, but had its hands full in pool-play on Saturday.

After losing by two points in a back-and-forth second set against Broadalbin-Perth, the Vikings hit a wall against Ardsley, losing both sets by a combined 26 points. Their struggles persisted in the first set against Westhill, the 2018 Class B champion, but the Vikings started hot to begin the second half and it looked as though they had turned a corner.

A good dig by Schaller set up a point to take a 10-8 lead. Westhill would tie it at 10 and again at 11, but  Casey Lee’s kill and Emily Devito’s block gave Seaford a 13-11 advantage and a possible momentum swing.

But Westhill returned with a 4-point streak to take a 15-13 lead. Seaford got within one after Devito placed a strike beautifully to make it 14-15, but that was the closest Seaford would get to winning a set.