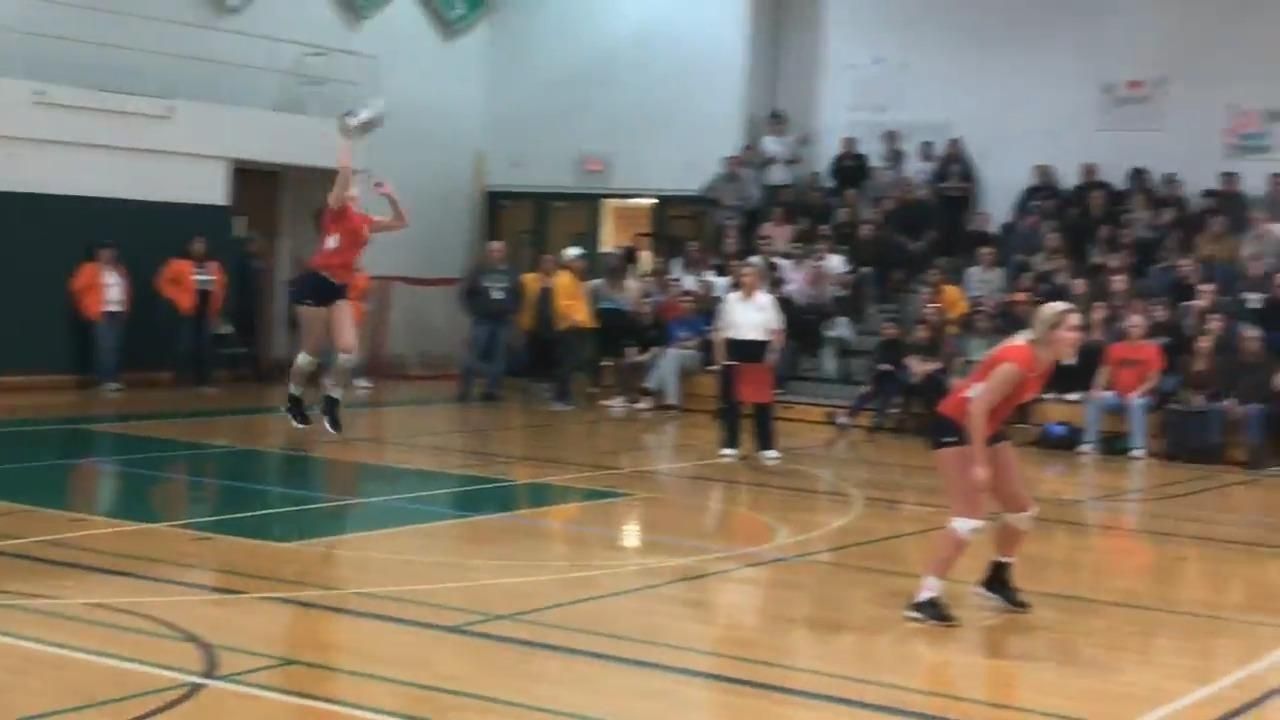 When Faith LaMacchia is on the court, she’s a kid in a candy store.

The junior setter has a smorgasbord of choices on where to pass the ball and who to set up for a kill for the South Side girls volleyball team. And she loves it.

And LaMacchia, along with fellow setter Ryann Hoffman, is at the forefront of it all. LaMacchia had 21 assists as No. 3 South Side defeated No. 2 Lynbrook, 25-21, 25-20, 23-25, 25-17, in a Nassau Class A girls volleyball semifinal at Carle Place High School Monday afternoon.

“I think about setting up my hitters because I know how great they are and I really want them to shine,” LaMacchia said. “So I take what I have and I kind of try to make everything better.”

“We’re all there for each other and we peer coach and our coach is wonderful,” Tollefsen said. “And we’re able to step it up when we go out on the court.”

Garelle finished the final two plays. She had a kill before serving from the backline for the final point in the fourth set.

“I just had such a rush in my body and knew we had to put it down right there,” Garelle said. “On the serve, I slowly went down to the service line and said in my head ‘You got this.’ ”

“They are very excited and we all are,” coach Cheryl Scalice said. “It really doesn’t come around that often and any given day, you could be out of it and I tell the younger girls, don’t have that ‘Wait for next year’ attitude because next year may never come.”

And with LaMacchia orchestrating the South Side offense, the Cyclones hope not to let this season escape them.

“It’s so amazing watching everyone get so hyped because of your hitters,” she said. “And knowing you were a part of that and you were there for them, it’s a great feeling.”

Girls volleyball Class A semis: South Side vs. LynbrookFaith LaMacchia had 21 assists as No. 3 South Side defeated No. 2 Lynbrook, 25-21, ...