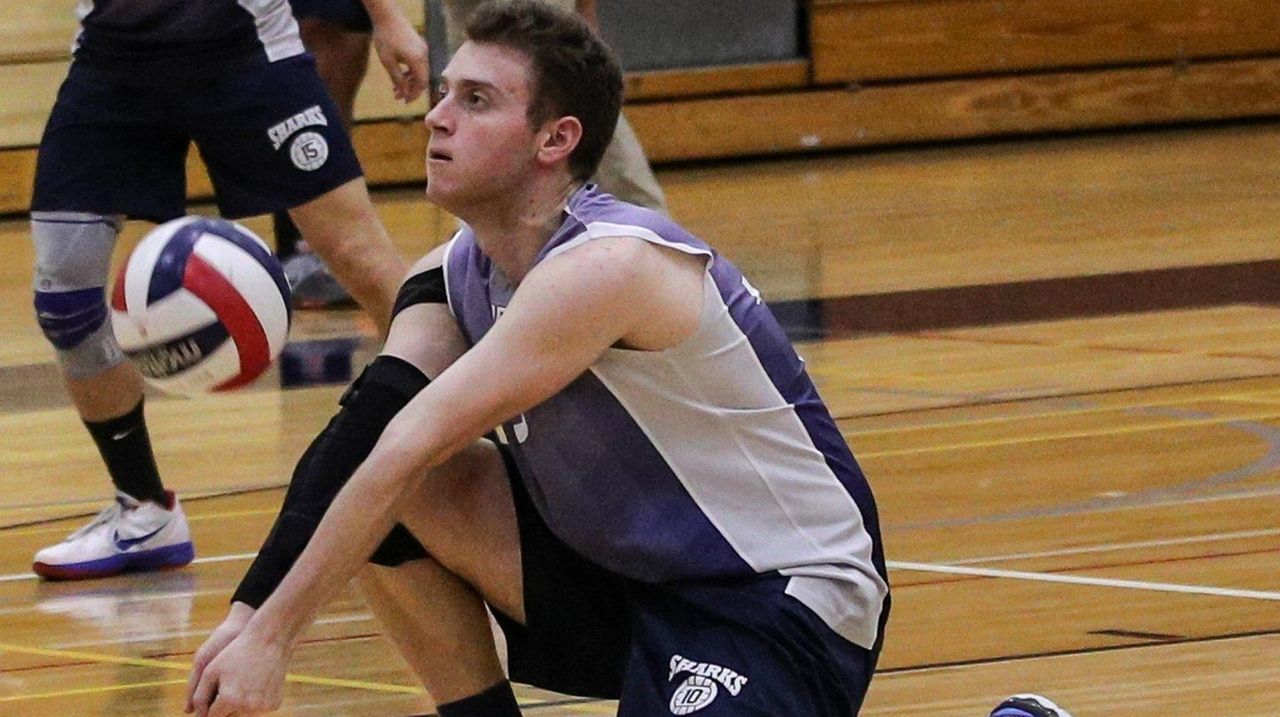 Tommy Ogeka quietly nursed a cramp in his left calf, withholding it from teammates and coaches, until he went down to the court after a kill in the deciding fifth set.

Ogeka sat on the floor for nearly five minutes, stretching and hydrating, before getting carried off. Eastport-South Manor didn’t have the same chemistry in the brief moments he was on the bench.

But when he re-entered, the Sharks were re-energized.

“Coach’s thing is to always be upfront with everything, but I wanted to win this game more than anything,” Ogeka said of why he didn’t mention the nagging cramp, which he began feeling in the second set. He left the court with ESM winning 4-3 and returned with the set tied at 6.

The Sharks trailed 2-0 and faced match point twice in the third set but rallied behind Ogeka’s toughness, Nikc’s composure and Brandow’s power.

“We were down 2-0, but our mindset was to keep pushing and keep swinging,” Brandow said.

In a match with so many momentum-swinging moments, Nikc struggled to identify a singular turning point for ESM (9-1). Ogeka said he thinks it was when the team huddled together after losing the second set.

Brandow helped ESM overcome with a flurry of kills. The 6-3 hitter elevates like few others, allowing him to survey the back row before unleashing a big swing. He was Nikc’s go-to weapon.

“Not many people are able to block him,” Nikc said. “I leaned on him a lot because he can just jump right over the block and just get it in the court.”

David DeRosa and Brian Delaney provided a staunch block for Smithtown West (6-3), and libero Colin Fitzgerald was exceptional. Chris Shanley had 18 kills and his younger brother, Dan, had 35 assists.

ESM’s resolve shined through, though, and Ogeka exemplified it better than most.

Said Ogeka: “We weren’t going to lose this game.”