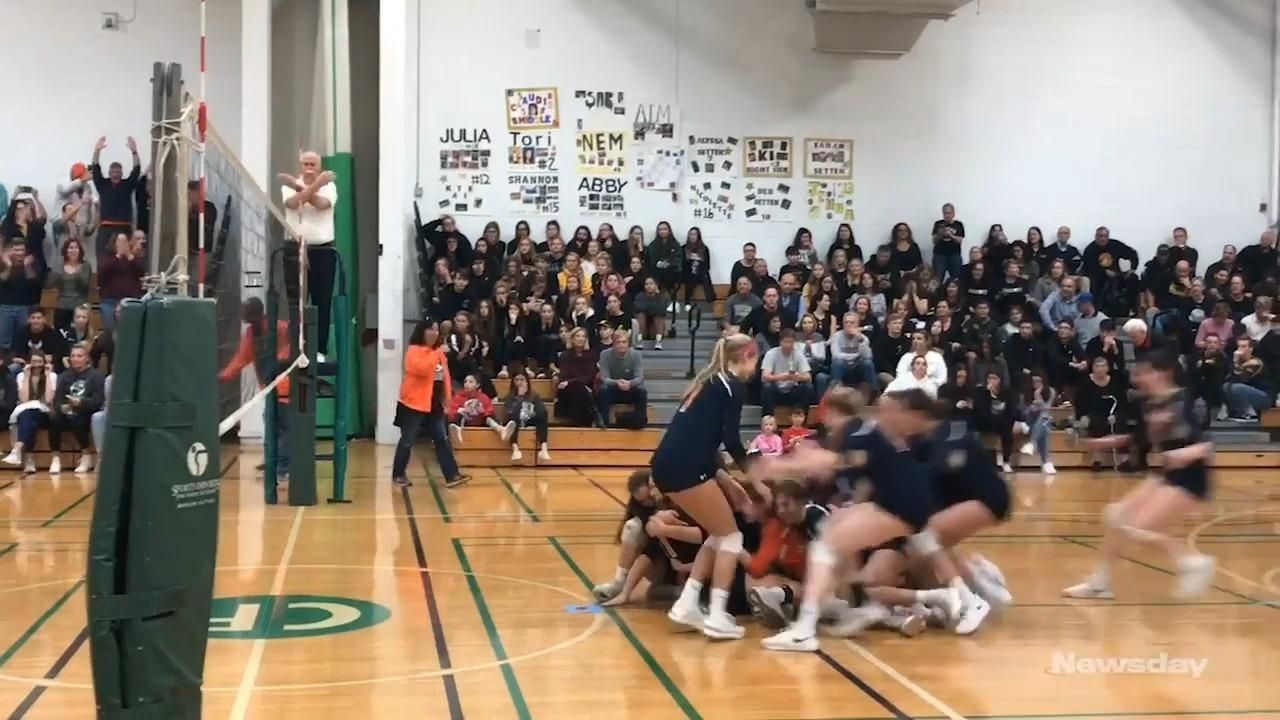 The last time Manhasset walked off the court against Wantagh, the scoreboard read the Indians lost. But the players never felt defeated.

The Manhasset girls volleyball team took the defending state champions to five sets in October, but couldn’t exit the gym with the victory. That performance, however, made the Indians know next time could be different.

“I’ve just never been prouder of a group of 13 girls in my whole entire life,” said Gracie Lerian, who had seven kills and eight digs. “We lost to Wantagh twice during the season and we knew as soon as the ball hit the floor and we lost in five sets, we were coming to see them in the semifinals.”

“We joked that it was the best we ever felt after a loss,” said Ryan Tracy, who had 19 kills and 27 digs. “We love playing Wantagh, they are such a great team. I think that really fueled us for this game.”

Manhasset (11-6) advances to play No. 3 South Side (15-4) in the Nassau Class A final at LIU Post Thursday at 7 p.m. The two teams also met in the 2017 championship, which South Side won in four sets. Manhasset has never won a county title, coach Kerrin Beovich said.

Hanna Mildt added 18 assists and 16 digs and Ava Paulucci had 30 digs for Manhasset.

“We had energy from the crowd,” Mildt said. “We were picking each other up. We didn’t really get down on our mistakes and we kept pushing.”

Manhasset was left with some questions at the start of the year, after losing each of its first four games. But the players and coaches stuck together to turn the season around and have won eight of their last nine games since the loss to Wantagh (16-4).

“Once we knew we could hang with them, we knew it could be anyone’s game,” Beovich said. “All those sets were really close so we knew we had to fix some minor things and we could take this win.”

After struggling to start the season, Manhasset is hoping to show a slow start doesn’t mean there can’t be a strong finish.

“It means everything to us,” Tracy said. “We started the season 0-4 and I think we just kept believing in ourselves and knew we could be here, this is where we could be and we are.”