So much about Wednesday night’s  girls volleyball match between host Bayport-Blue Point and Westhampton was about never giving up.

From the points, to the sets, to the overall message, both sides worked to prove what a little perseverance can accomplish. 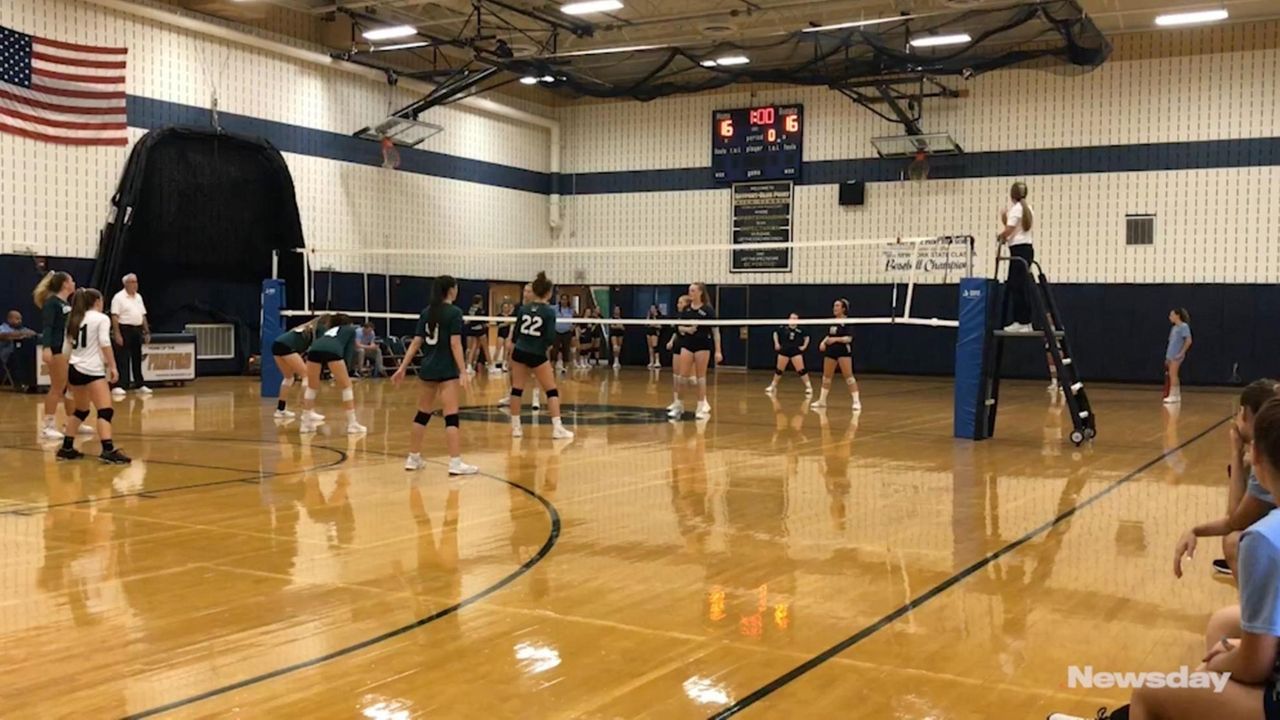 “I think the most important thing that we did was that we stayed up,” Koszalka said. “We had fun and we were laughing with each other. When we did get down, we just kept it up and cheered each other on.”

Westhampton led 11-5 in the first set, but a burst of powerful offense punctuated by Andi Swedborg’s ace put Bayport-Blue Point ahead 20-19. The Hurricanes bounced back to score six of the final seven points, and Glaser’s kill locked down the opening set.

After a sluggish start to the second set, the Phantoms again showed their fight. Down 20-9, Anna Giunta stepped to the service line and served seven straight points. Glaser broke the spurt, but the Phantoms (4-2) then scored the next four to trail 21-20.

It wasn’t enough, as Koszalka’s kill for Westhampton later ended the set.

Despite the loss, the Phantoms entered the third set with considerable momentum and used that to build a 12-3 lead. Westhampton (9-2) persistently forced the Phantoms to make plays, and they responded to take the set on Olivia Craig’s ace, 25-20.

The Phantoms couldn’t carry the momentum further, though, as Westhampton recovered to clinch the match in the fourth set on Lindsay Andreopoulos’ kill.

“I think today we worked really well at controlling, and we fought back just as much as they did,” Jayne said.

After the first set, Phantoms coach Toni Mulgrave addressed those in attendance with a brief speech about the Dezy Strong Foundation. Mulgrave, the president of the Suffolk Girls Volleyball Coaches Association, said 39 of the 52 Suffolk girls volleyball teams will host fundraising games in the month of October. DiStefano said last week that 19 off 22 Suffolk boys teams will host fundraisers, too.

Mulgrave said the Phantoms’ fundraiser took the place of its annual Dig Pink game because this cause hits close to home.

DiStefano, diagnosed with kidney cancer in February, announced the creation of the Dezy Strong Foundation on Aug. 5 at a benefit dinner at Mill Pond Golf Course in Medford. The event raised $85,000 intended for DiStefano and his family, but the 41-year-old instead took the money to start the foundation.