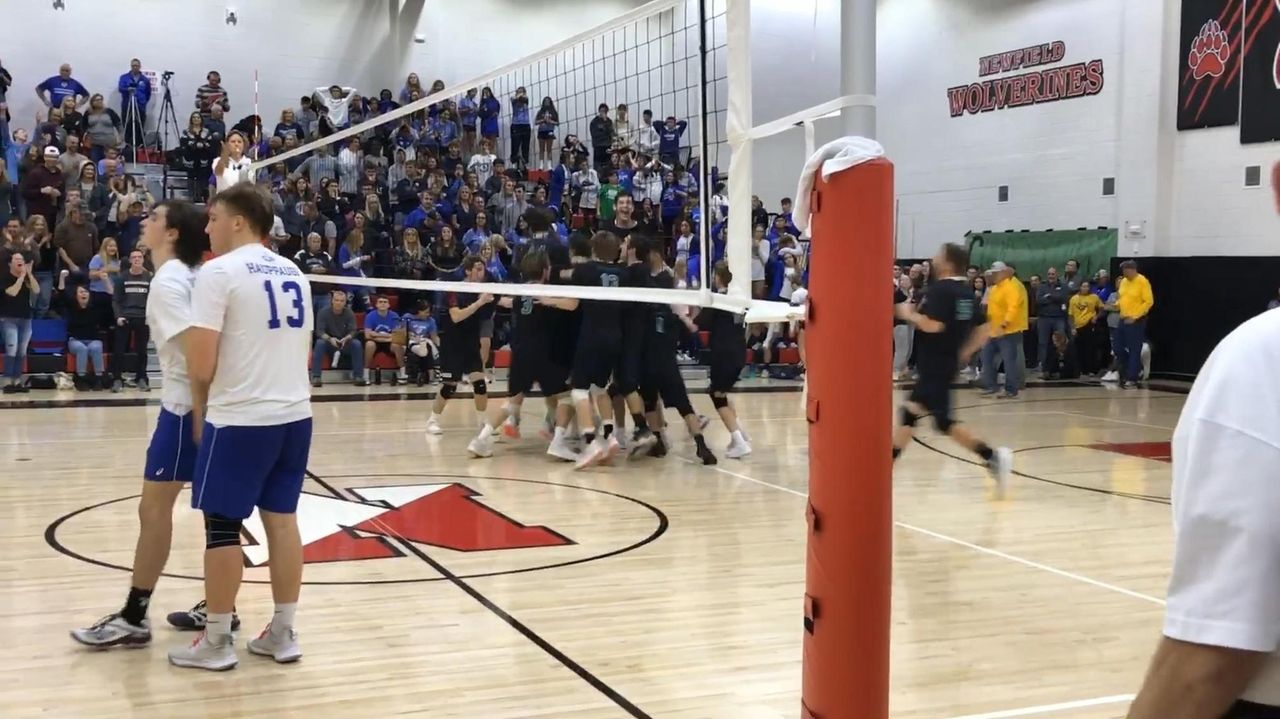 It was only “the second or third” practice of the season when Westhampton’s Ryan Barnett said a thought suddenly dawned on him: “This is serious right now. We can actually do something at this program.”

Barnett’s feeling came to fruition on Monday night as No. 1 Westhampton earned its first county title in the history of the boys volleyball program, according to coach Jackie Reed. The top-seeded Hurricanes defeated No. 3 Hauppauge in the Suffolk Division II final at Newfield, 25-22, 25-19, 23-25, 28-26.

“All our hard work’s paid off,” Barnett said after the junior led Westhampton with timely hitting throughout the match. “All the hard times in practice and now we’re here and it’s awesome.”

Westhampton (11-6) will face the winner of Friday’s Nassau Class B final between Long Beach and Bethpage in the Long Island championship next Tuesday at Farmingdale State.

With Westhampton leading 24-19 in the fourth set and a point away from making history, Hauppauge staged a massive rally and eventually pushed ahead, 26-25. But the Hurricanes kept their composure in those crucial moments, responding with three consecutive points to seal the victory and begin the celebration.

“We just had to stay calm and play it point by point,” said sophomore Daniel Haber, who also gave Westhampton a series of contributions with his quality hitting. “We had to just finish the match instead of looking for the big kill.”

Hauppauge (6-10) completed a late comeback to take the third set, 25-23. The Eagles took a 22-20 lead before Westhampton knotted the score with two unanswered points, but Hauppauge responded with three of the next five points to stave off elimination.

After a sluggish start to the second set put Westhampton in a 10-3 hole, the Hurricanes fought back and eventually took a 20-15 lead thanks to a strong surge led by Barnett. Westhampton proceeded to capture the set, 25-19, and take a commanding 2-0 advantage.

“It’s just a little surreal,” Reed said. “The kids have been fighting for this for three months now. We knew that it was obtainable.

“We knew that anyone would be a challenge. If we lose steam, we lose it fast. So I was afraid after losing that third set it would be a struggle for us to come back. But we kept on grinding and fought hard.”

Barnett’s thoughts ahead of the Long Island championship once again align with those he had before to the season.