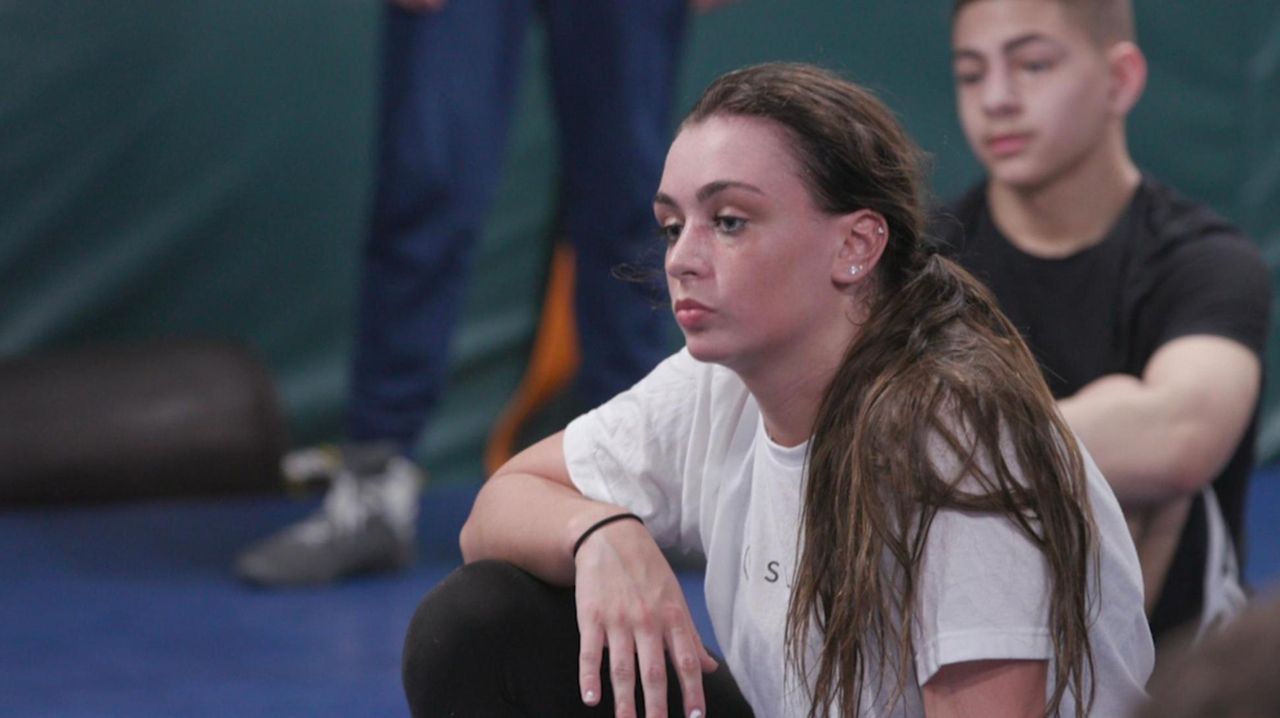 Senior wrestler Ally Fitzgerald, now at Long Beach High School, has dreams to wrestle for an Olympic team someday but starting in the fall she will be hitting the mat at Sacred Heart University. Credit: Newsday

Ally Fitzgerald will wrestle in college.

The Long Beach senior, the first female wrestler to win a boys high school tournament on Long Island when she was at Lynbrook, has accepted a scholarship to wrestle for the new women’s team at Sacred Heart University.

"I’m one of the first girls to commit to Sacred Heart and that’s very exciting," said Fitzgerald. "I always dreamed of wrestling in college for a women’s team. Imagine that, a women’s team, wow!! We’ve come such a long way in the sport. Now I have that chance to wrestle at the next level and continue to do what I love."

Fitzgerald emerged in the role of a true trailblazer when she drew high praise for winning a boys tournament as a freshman at Lynbrook in 2018.

She garnered more attention when the prestigious Eastern States Tournament at Sullivan County Community College, recognizing the explosion in girls wrestling, added a girls-only bracket for the first time in 41 years in January 2020. She won that tournament, too.

Fitzgerald added another accomplishment when she became the first girl to qualify for the Nassau County boys sectional tournament in 2020 while at Lynbrook. She placed third in her county qualifier winning four matches, including two by fall.

"I know Ally had my attention," said Long Beach coach Ray Adams. "I think everyone was curious to see how she’d do."

In the county tournament, Fitzgerald lost her first two matches at 120 pounds and was eliminated. Her presence captured the imagination of the fans who packed the arena at Farmingdale State College.

"She had so many people pulling for her and she was under such intense pressure," Adams said. "She handled it. Ally is at the forefront of girls wrestling, which is booming across the country. She’s one of the recognizable faces of the fastest-growing high school sport in the country. And now the sport is catching on at the college level. It’s really amazing."

Fitzgerald had the courage to go out and wrestle boys when she was only 7 years old. She never wavered in her pursuit of a career in a male dominated sport. She continues to reach for other heights, such as the World Team and the United States Women’s Olympic team.

"There is still so much to accomplish for me," Fitzgerald said. "I’m just getting started. I have tryouts for the World Team on May 7 in Irving, Texas."

The Fitzgerald signing is a boon for Sacred Heart. She’s looked at as a building block for the future, a pioneer if you will, wrestling for the Pioneers.

Sacred Heart, located in Fairfield, Connecticut, is just the second NCAA Division I school to start a women's wrestling program. Presbyterian College in Clinton, South Carolina, was the first.

"We started the program on Sept. 21 of 2020 and it’s really taken off," said John Clark, who’s served as Sacred Heart’s head coach for both the men and women’s programs for the past eight months. "I oversee the entire program. But we are expected to announce a women’s head coach shortly. And Ally Fitzgerald is a game changer for the program, part of the foundation of something special. Her signing is huge because it’s instant credibility and other great ones will follow."

Fitzgerald wrestled for three years at Lynbrook before transferring to Long Beach for her senior year and had a career record of 66-18. She was 3-1 in this COVID-19 shortened season of 2021.

"We established a friendship right away through some mutual friends in the wrestling world," Clark said. "Ally is a unique, well-credentialed wrestler and she took the time to listen to my vision and saw my vision and now this team is coming to fruition. It starts with her."

Clark said 55 Division I schools who compete in men's wrestling have reached out to him for the blueprint to get a women’s program started.

"We’re helping with equality and for making change," he said. "We want to lead the charge for women in wrestling. It’s staggering how many schools have shown interest."

Fitzgerald’s scholarship covers most of her tuition and fees.

"I love the campus," she said. "I’m going to study criminal justice."

Fitzgerald hasn’t slowed during the offseason. She won all five freestyle bouts at 122 pounds to earn the title at the Journeyman Tournament in Pennsylvania two weeks ago. Now, her sights are set on the National High School Coaches Association national championship in Virginia Beach, April 23-25.

"She’s a hard-working young lady who lives and breathes wrestling," Adams said. "She’s getting ready for the World Team trials in the women’s junior division."

"Ally is a great role model for the team because of her no-nonsense work ethic," Adams said. "Wrestling is good for boys or girls as you learn the same stuff. We want to build our brand and bring girls into our wrestling room. I’m hoping the section makes it an official sport as I want an all-female team."