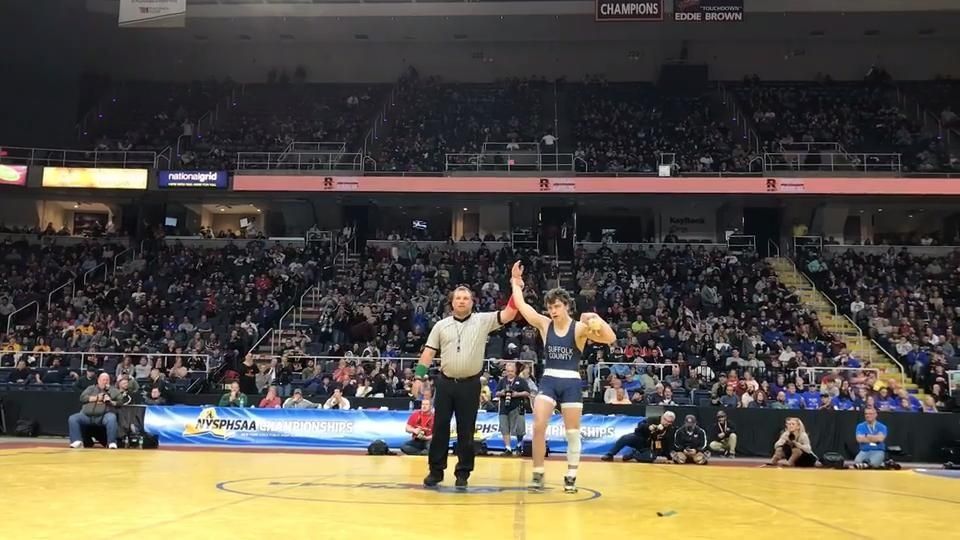 Mauriello earned an escape with one second remanining in the ultimate tiebreaker to secure the victory. He becomes the first wrestler in state history to win four overtime matches in the state tournament.

Mauriello defeated second-seeded Ryan Stencel of Lancaster with a 4-2 overtime decision in the semifinals.