Elijah Rivera of Bay Shore rects to his overtime win to earn the 106-pound title in the Division I finals at the New York state wrestling championships on Saturday Feb. 29, 2020, Credit: Newsday/J. Conrad Williams, Jr.

ALBANY — A deafening chant rose through the rafters of the Times Union Center. The crowd of more than 6,000 rocked the arena with a chorus of ‘Let Them Wrestle.’

Bay Shore senior Elijah Rivera and Chenango Forks freshman Tyler Ferrara were locked in a 4-4 tie with one second remaining in the 106-pound championship bout of the state’s Division I wrestling tournament.

Rivera, who’d gained a reversal to tie the score with six seconds left, kneeled behind Ferrara and adjusted the right Velcro covering the straps on his shoe. The referee called Rivera for a stall violation and with a previous stall warning, awarded a penalty point to Ferrara for a 5-4 lead.

Bay Shore coach Alex Porcelli protested the call and while the state rules committee convened a cascade of boos followed by the chant swallowed the arena. The committee overturned the call and put the wrestlers back in the center of the mat.

With the crowd roaring in overtime, Ferrara got in on a single leg takedown and Rivera countered with a cradle 22 seconds into overtime for the wild 6-4 championship win.

“Ferrara thought he had the single but Spider [Rivera] was wrapped all around him and hit that beautiful cradle,” Porcelli said. “He hit his signature cradle for the state title.”

Rivera, who suffered a severely sprained right ankle, was the first Bay Shore state champion since Rob Hubbard earned the 167-pound crown in 1983.

“When the crowd was chanting I really got into it,” said Rivera, who improved to 37-3. “It was so cool. What a dramatic ending, man, I could feel that crowd.”

According to Steve Dalbreth, the New York State wrestling rules interpreter, the bout continued when the committee determined that Rivera’s action was not a stall but an attempt to make an equipment adjustment.

"His Velcro strap came unattached and he was adjusting the strap to cover his laces,” Dalbreth said. “By National Federation rules, if a strap comes loose, a wrestler has the opportunity to adjust or correct it. Because the shoe laces did not completely untied, the athlete was allowed to correct them without penalty.”

Eastport-South Manor senior Zach Redding punctuated a brilliant career with a 4-2 win over sophomore Jayden Scott of Rush Henrietta for the 132-pound title. It was Redding’s second state title in the past three years. He finished his season with a 52-0 record. 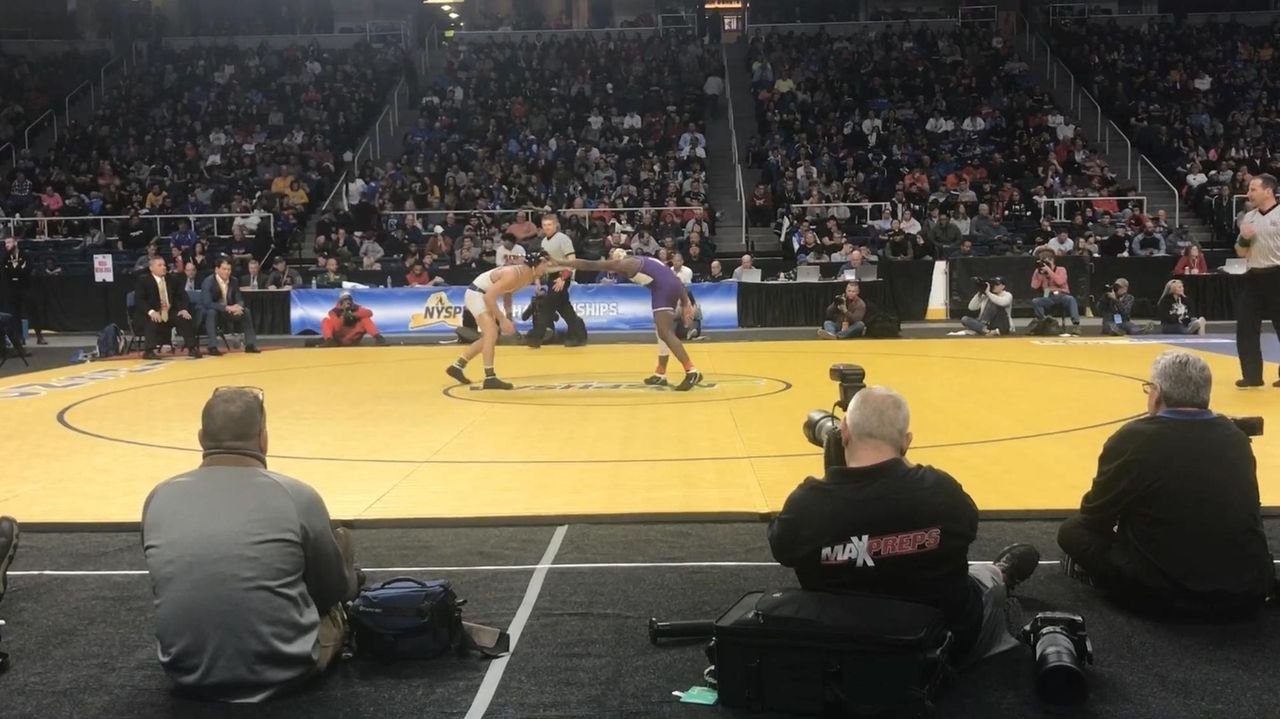 “I waited 365 days to make this happen, for this moment,” said Redding, who finished third in the state last season. “I was so hungry for another title shot. And redemption is so sweet, the best feeling.”

Redding, who will wrestle at Iowa State, leaned into the crowd to hug it out with family and friends.

“This championship is the result of a dedicated kid who made it his goal to get back here and finish his career with a state title,” Eastport-South Manor coach Nick Garone said. “I’m so proud of him.”

"He’s going to be a really good collegiate wrestler,” Patrovich said. “He has that special work ethic and that paid off in the state tournament.”

Copiague senior Malik Leftenant erased a 6-2 deficit and came back for an 8-6 win over top-seeded Alex Semenenko of McKee Tech to capture the 220-pound weight class. Leftenant fell behind after he missed a headlock in the second period. He continued to push the action throughout the third period and gained a go-ahead takedown with 38 seconds left. 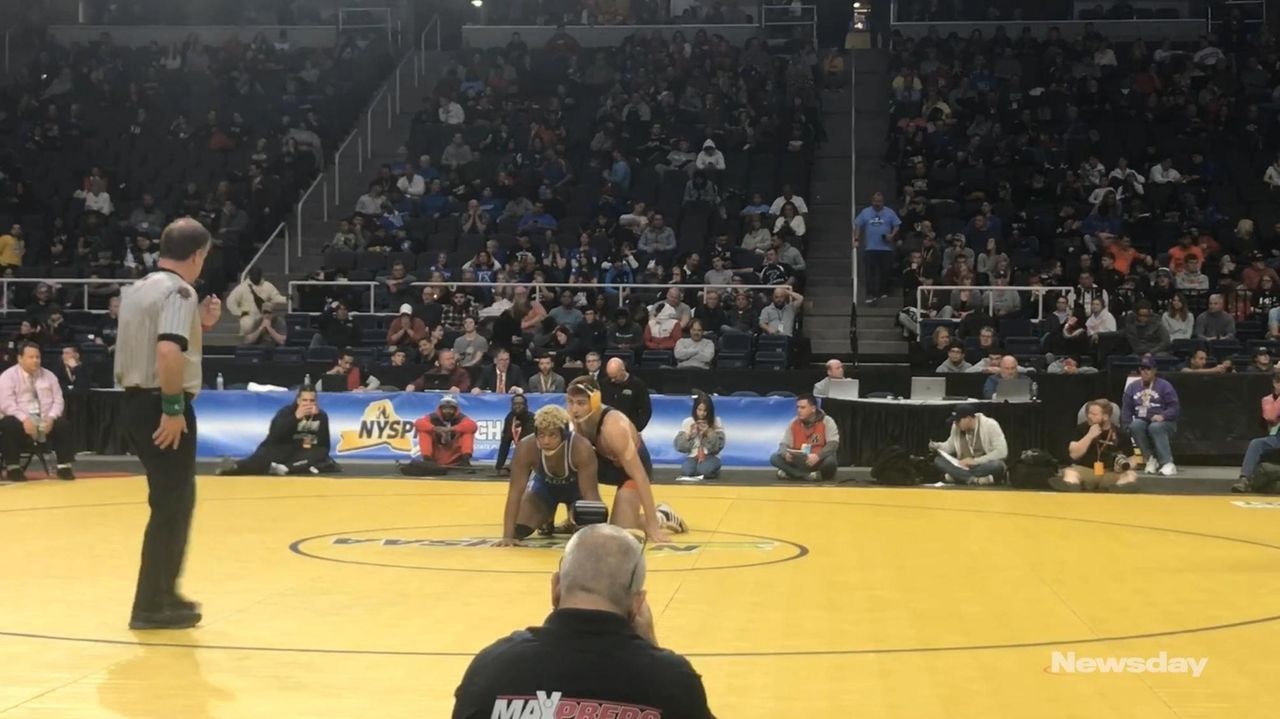