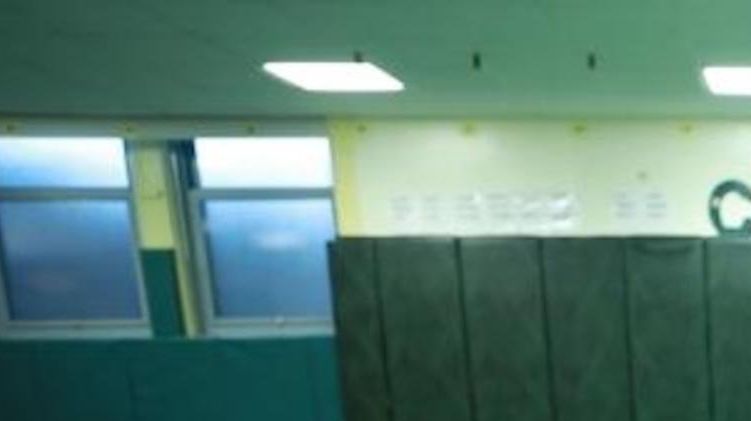 On Wednesday, Dec. 20, 2017, Newsday interviewed Ally Fitzgerald, a freshman varsity wrestler at Lynbrook High School who became the first female to win a boys wrestling tournament on Long Island and was honored as the tournament's most outstanding wrestler. Credit: Newsday / Yeong-Ung Yang

Ally Fitzgerald was in fifth grade when she thought about quitting wrestling. Winning didn’t come as easily as it did when she was younger, and as her opponents — mostly boys — got stronger and more skilled, she questioned whether this was something she wanted to do any more.

Last week, Fitzgerald, now a 14-year-old freshman at Lynbrook High School, stood in the South Side High School gym as the crowd erupted around her, the girl who had just made Long Island high school history. She defeated four boys in the 99-pound weight class to become the first female to win a boys wrestling tournament on Long Island.

She beat a senior in her final bout, pinning him in 3 minutes, 11 seconds, and was named Most Outstanding Wrestler of the tournament.

“It was so intense, my hands were shaking,” said her mother, Rebecca. “Everyone was clapping and screaming and yelling and it was just the proudest moment a mother could ever imagine.”

Fitzgerald also was successful Friday night in a dual meet against Valley Stream North, winning by forfeit at 106 pounds and then winning an exhibition match.

There is no magic potion that transformed Fitzgerald — the elementary school kid on the brink of quitting — into the wrestler who pinned three opponents en route to her historic championship. She simply figured she could stop or work harder. It’s something she got from her mom and her father, Pete. She also has a 12-year-old brother, Liam, who wrestles, and a 4-year-old sister.

“My parents taught me never to quit and to follow through, finish what you started,” she said. “My brother was winning everything, so I started doing what he was doing and training really hard and working even harder than I was.”

This is her first year on varsity, and she also wrestles with the Syosset-based VHW Wrestling Club. She competes in offseason tournaments and trains tirelessly, practicing after her practices, Lynbrook wrestling coach Rich Renz said. She started with the Lynbrook Titans KID wrestling program when she was 9, but began training in jiujitsu when she was 7.

“I have to train three times as hard as the boys just to be as strong as them, but I usually just focus on technique,” Fitzgerald said. “A match isn’t about strength. It’s about technique and who wants it more.”

Her success, Renz said, comes from “a very positive attitude, her hard work and self-discipline, [and] her technique . . . She’s very good in her wrestling technique.”

Catching on among girls

There are 34 girls wrestling for public high school varsity teams on Long Island, and interest in the sport is booming. There has been a recent push to get girls wrestling recognized as a high school sport in Nassau and Suffolk counties. Until then, girls must compete on “boys” teams. Success like Fitzgerald’s only works to bolster the movement.

“I hope to be a role model and pave the way for other girls so that girls wrestling would grow,” Fitzgerald said.

Her mom said that people have been coming up to them constantly in the wake of her daughter’s victory.

“I just was at the school picking up my son and [other parents] kept me there for 15 minutes talking to me,” she said.

Renz, who’s been coaching wrestling for 30 years, said that Fitzgerald is the first girl he’s coached but doesn’t expect her to be the last.

It’s part of the reason Fitzgerald’s mom is so proud of her. Neither she nor her husband had qualms about their daughter joining the wrestling team, but they are certainly impressed with how much it has meant.

“She’s such an inspiration to other girls,” Rebecca said. “She can really make a difference here. They’re trying to get girls wrestling sanctioned for New York State. This could really help.”

It’s all about winning

Wrestling dominates Fitzgerald’s life, she said, and the recent attention won’t take away from that.

“A lot of people now know, and a lot of people [are] focusing on me,” Fitzgerald said. “I just keep doing what I’m doing. There are haters, a lot of people are jealous, [but it’s been] a kind of a positive reaction. Some people didn’t know what I was about, but now people get it.”

Teammate Matt Renz, the coach’s son who wrestles at 285 pounds, said the Lynbrook team readily embraced her and that the wrestlers figured out her talent level “pretty fast.”

During an earlier tournament “she did this one move from standing position and I was like, ‘What is that move?’ It was crazy. And I was like, ‘She’s legit,’ ” the senior said. “She’s one of the better wrestlers on the team. I knew she was going to walk right through that [South Side] tournament.”

The thoughts of quitting are long gone. Fitzgerald didn’t hesitate when it was time to make the jump from middle school wrestling to varsity. She didn’t pay attention to the usual concerns: Boys that age get stronger, it’ll be too hard to be competitive.

“I’ve been doing it for so long and anything boys can do, girls can do, so I wasn’t really intimidated at all,” she said. “I started winning because I started training harder and it got easier and I started to love it . . . I have the drive and I love working hard.”

Anything else she loves about wrestling?