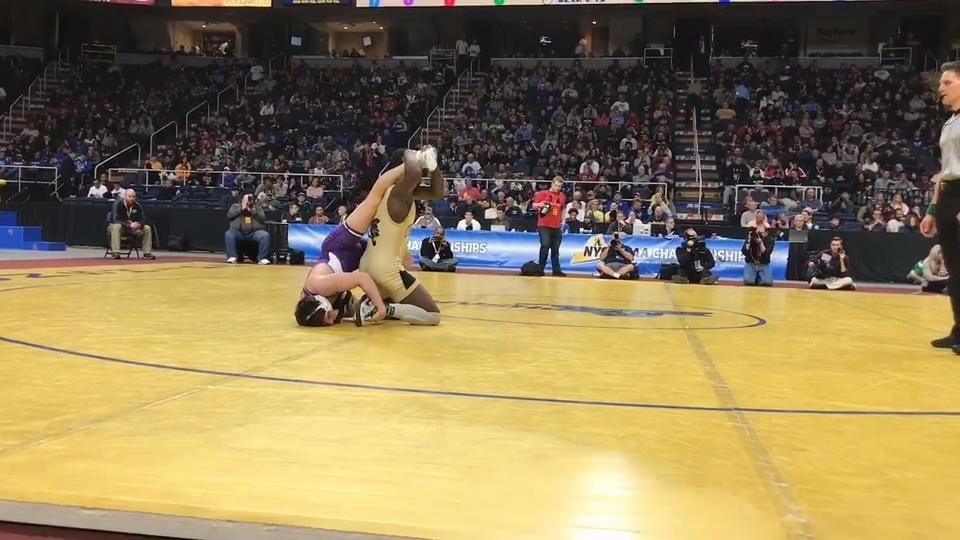 ALBANY — Seventh-seeded Xavier Pommels of Uniondale lost in the state Division I wrestling final at 132 pounds, 8-5, to fifth-seeded Alex Samson of Victor on Saturday night at the Times Union Center.

In the semfinals earlier Saturday, Pommels earned a takedown with time winding down in the third period for a 7-6 decision over sixth-seeded Mike Blando of Massapequa to advance.

Pommels, who also defeated Blando in the county championship, acknowledged his good friend and rival in Nassau by raising his hand to the air with his own at the conclusion of the match.