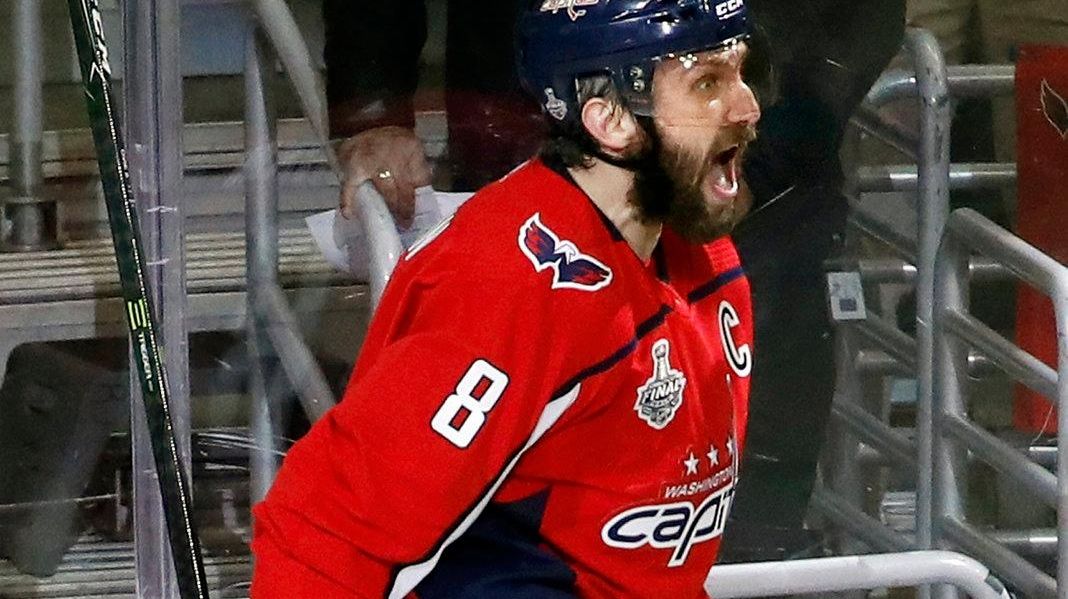 WASHINGTON — Alex Ovechkin and Evgeny Kuznetsov scored, Braden Holtby made enough saves to compensate for his giveaway and the Washington Capitals beat the Vegas Golden Knights 3-1 on Saturday night to take a 2-1 lead in the Stanley Cup Final.

Ovechkin scored his 14th goal of the playoffs and joyfully watched Kuznetsov wrist a shot past Vegas goaltender Marc-Andre Fleury not long after. Kuznetsov was a game-time decision after leaving Game 2 clutching his left arm, but he looked fine and for good measure unleashed his signature bird-flapping celebration as Ovechkin screamed and raised his arms on the bench.

Holtby stopped 21 of the 22 shots he faced, more than enough to withstand a puck-handling miscue that led to Tomas Nosek’s third-period goal to cut Washington’s lead to 2-1. Devante Smith-Pelly scored for the Capitals with 6:07 left to put them two away from the franchise’s first title.

Fleury stopped 23 of 26 shots, but Vegas lost back-to-back games for the first time in the playoffs and looked nothing like the team that won 13 of 16 games through three rounds. The Golden Knights’ magical, historic run is now in danger of coming to an end with Game 4 back in Washington on Monday.