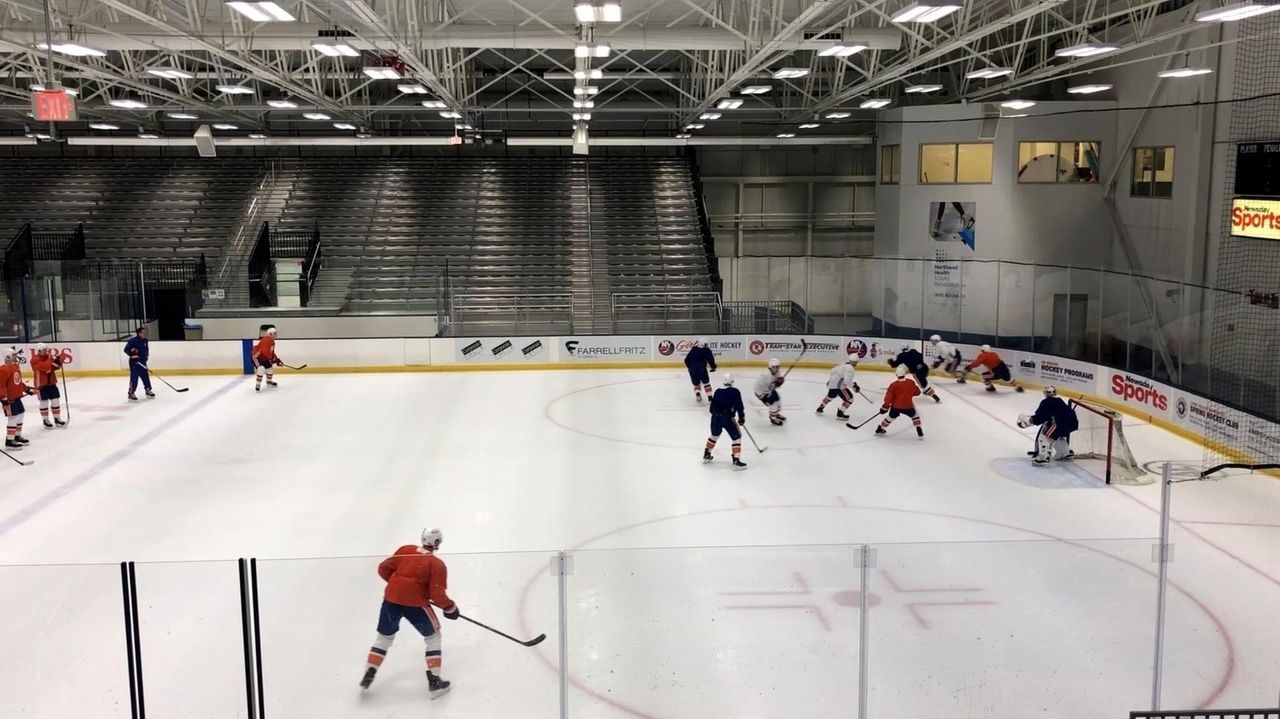 Anders Lee and Jean-Gabriel Pageau were among the 54 players on the ice Thursday for the first practices of Islanders’ training camp at Northwell Health Ice Center in East Meadow.

More importantly, neither had any limitations as they recover from surgeries.

"It felt really good to be on the ice with the boys, a good Day 1 of camp," said Lee, who suffered a season-ending torn right anterior cruciate ligament on March 11. "We’re just taking it day by day. The restrictions are off, everything’s good."

Matt Martin, who had offseason surgery to remove a bone chip in his ankle, did not participate on Thursday. Neither did goalie Semyon Varlamov or highly-touted defense prospect Samuel Bolduc. Coach Barry Trotz said both were dealing with soreness and were held out for precautionary reasons.

As the 2021-22 NHL season begins with training camp, Newsday's Andrew Gross sets up the Isles' preseason and looks at the roster going forward, plus hear from Lou Lamoriello and Zdeno Chara.

Lee’s absence was certainly a factor in the Islanders falling just short of a berth in the Stanley Cup Final for the second straight season as they lost in the NHL semifinals to the eventual champion Lightning, 1-0, in Game 7. But so was Pageau’s limited effectiveness as he tried to play through a hand injury. Still, Pageau managed three goals and 10 assists as he played in all 19 postseason games

"It was like that since the start of the playoffs, it just got worse and worse," Pageau told Newsday. "It’s a tough feeling when you can’t bring as much as you would like. But I was fully committed to play and to bring the 100% I had in me and just try to battle through it."

Pageau said he had surgery immediately after the season, allowing him ample time to recover.

"I was in a cast for about six weeks, so I lost some of my forearm muscles," Pageau said. "I got back to the Island about a month ago to have the chance to rehab and work on that and now I can say that I’m 100% back and healthy. That’s a great feeling."

Notes & quotes: Trotz confirmed defenseman Bode Wilde, the 41st overall pick in 2018 who is not participating in training camp, was the lone organizational member not to receive the COVID-19 vaccine after Wilde commented on his Instagram account, "Hoping my human rights are enough to let me play…What a world." President and general manager Lou Lamoriello said on Tuesday no unvaccinated players would be allowed to participate for the Islanders. Trotz said the Islanders were trying to find a place for Wilde to play and added, "We respect everybody’s freedom of choice on the vaccine." . . . Future Hall of Fame defenseman Zdeno Chara, 44, was paired with third-year pro Noah Dobson during the day’s first session and Trotz cited Chara’s role in the development of Long Beach’s Charlie McAvoy while the two were Bruins’ teammates…Trotz said he was "honored" to be asked by Team Canada coach Jon Cooper to serve as an assistant on the Olympic staff this February. Trotz joked he told Cooper he would "sharpen skates" for the chance to participate.

Photos: Islanders training campSee what's happening as the Isles gear up for the NHL season at Northwell Health Ice Center. Island Ice Ep. 111: A New Hope As the 2021-22 NHL season begins with training camp, Newsday's Andrew Gross sets up the Isles' preseason and looks at the roster going forward, plus hear from Lou Lamoriello and Zdeno Chara.