The scouting report on Barry Trotz notes his excellent communication skills as a coach, how well he relates to his players and that he has been known to deliver some impressive motivational speeches.

So surely Trotz has some special words planned for the Islanders prior to Saturday night’s Game 7 of their second-round series against the Flyers at Scotiabank Arena in Toronto. The Flyers have battled back from a 3-1 series deficit with back-to-back overtime wins, including a 5-4 double-overtime win in Thursday night’s Game 6.

Really, though, there is little to say at this point. 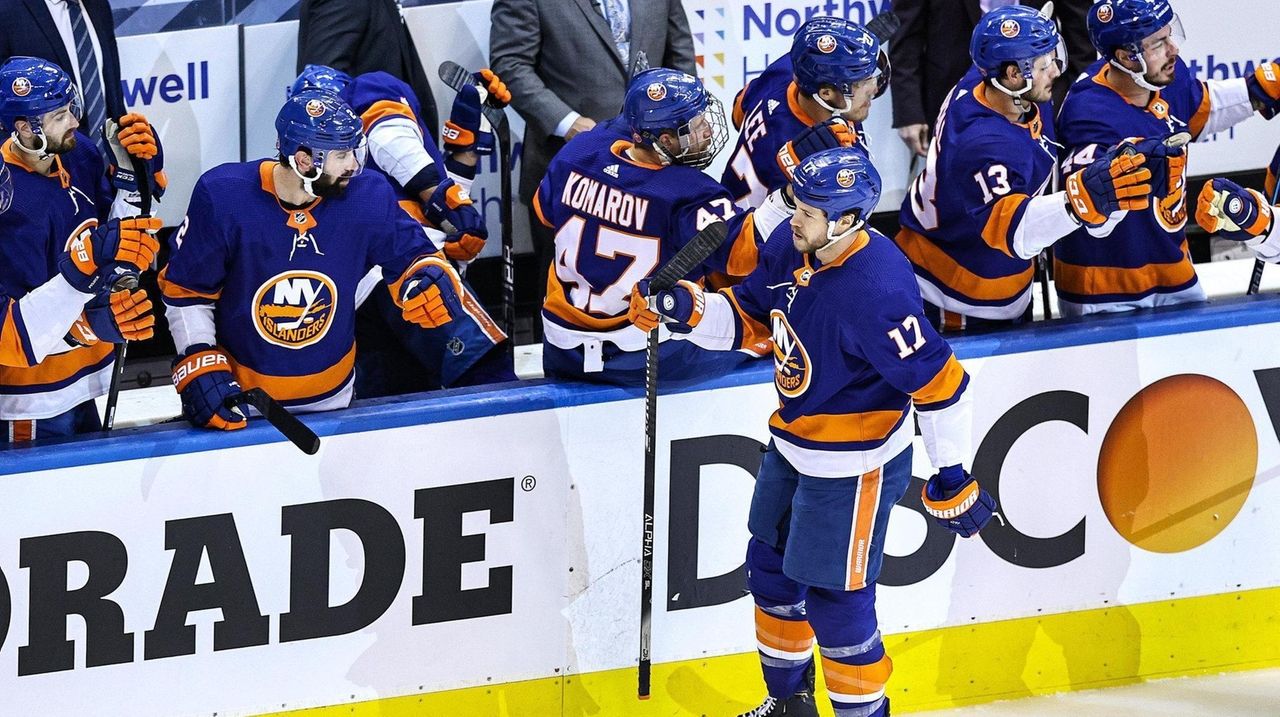 Game 7s are pretty cut and dried. Win and advance to the Eastern Conference finals against the Lightning in Edmonton – the Islanders haven’t made it that far since 1993 – or go home and wait for whenever the next NHL season can begin.

That all three Islanders’ losses in the series have been in overtime, including 4-3 in both Games 2 and 5, that Brock Nelson had an overtime breakaway in Game 5 and Mathew Barzal and Anders Lee both had great looks at the crease to end Game 6 are now all immaterial.

“This is kind of what you want as a player,” Nelson said. “You’ve got to win a game. Refocus, reset. Whatever’s happened in the past is done. It’s about one game and getting ready for that.”

“It’s short-term memory,” defenseman Andy Greene said. “As soon as the game was over [Thursday] night, it was, ‘All right, let’s focus on Game 7.’ You can’t waste any energy or waste time thinking about what’s happened at this point. Now it comes down to one game and let’s go out and play. Let’s do it.”

This will be the fifth Game 7 of Trotz’s coaching career, the first four coming with the Capitals. That includes beating the Islanders in the first round in 2015 but losing in the next round after blowing a 3-1 series lead to the Rangers, then coached by current Flyers’ boss Alain Vigneault.

“I had great reflection in some of the journeys I’ve had on the way to Game 7s,” Trotz said. “The last one I was in was in the conference final (in 2018 against the Lightning), where we won the first two, then lost three and had to win the last two to get by them. The journey in any series isn’t always one team wins one and then you go back and forth. Very seldom does that happen. It’s more of what you’re seeing.”

“Every Game 7 is different,” Vigneault said. “There’s obviously a lot of pressure. It should be an enjoyable moment for players and coaches. You get yourself ready and you lay out on the line what you have. We’ve been whacked. We were down 3-1, and we’re still there.”

One reason for the Flyers’ resiliency has been their ability to capitalize on Islanders’ turnovers over the past two games.

It’s one of the key areas the Islanders want to tighten up in Game 7.

“Turnovers just lead into transition,” Nelson said. “They’ve capitalized on a couple of mistakes. We’re trying to do the same when they turn it over. We just have to manage the puck and be smart but, at the same time, be confident. Go out there and be hockey players and make plays.”