Brock Nelson of the New York Islanders is named star of the game after defeating the Boston Bruins in Game 6 of the second round of the playoffs at Nassau Coliseum on Wednesday, June 9, 2021. Credit: Jim McIsaac

There was a shot at one point during the Islanders’ 6-2 series-closing victory in Game 6 against the Boston Bruins Wednesday night of Islanders center Brock Nelson without his helmet on. The gray hair on his temples was noticeable, if not a little jarring, for a guy who is just 29.

But maybe there was a good reason for that premature gray, as Islanders coach Barry Trotz would reveal later, in his postgame Zoom.

"People don't know Brock just had a child the other day, him and his wife,’’ Trotz said when answering a question about what makes Nelson so good in big moments for the Islanders. "And so, he's been dealing with that.’’

Nelson, who had two goals in Game 6, including the eventual game-winner at 12:39 of the second period, had spoken to the media only moments earlier and didn’t mention anything about becoming a father for the third time. He’d just talked about the usual stuff, how great the Coliseum atmosphere was, how great goalie Semyon Varlamov was, how great everyone in the lineup played in a closeout game that got the Islanders past the Bruins and sent them into the NHL semifinals against the Tampa Bay Lightning.

Andrew, Colin and Neil discuss the Isles' Game 6 win over the Bruins with Boston Globe columnist Tara Sullivan at Nassau Coliseum, then look ahead to the Tampa Bay Lightning series.

Nothing about how he played Games 4 and 5 of the series on basically no sleep because he was tending to some very important business at home.

It was left to Trotz to provide details. Apparently the baby, a boy named Cullen, the third child and second son for Nelson and his wife, Karley, was born around 12:30 p.m. Saturday, the day of Game 4. Nelson played that night in the Isles’ 4-1 win, and apparently, he stayed home a few extra hours and traveled to Boston separately from the team, arriving late Sunday night for Monday’s Game 5. He scored the winner in that game, too, in the Isles’ 5-4 win.

According to Trotz, Nelson finally got some sleep before Game 6, and that turned out pretty well for the Islanders.

"I think today you saw him fresh, and happy to have a new child with his wife, and having the wife home, and all that,’’ Trotz said. "I just think he just settled in and played a Brock Nelson game.’’

The goals he scored were the fifth and sixth for Nelson this postseason. His first came when he stripped Bruins defenseman Matt Grzelcyk of the puck just outside the Boston blue line and skated in on a breakaway on goalie Tuukka Rask, finishing with a quick forehand shot past the goalie’s glove side at 5:20 of the second period. That broke a 1-1 tie and gave the Isles the lead for good. His second goal, off a turnover forced by linemate Josh Bailey, made it 3-1. 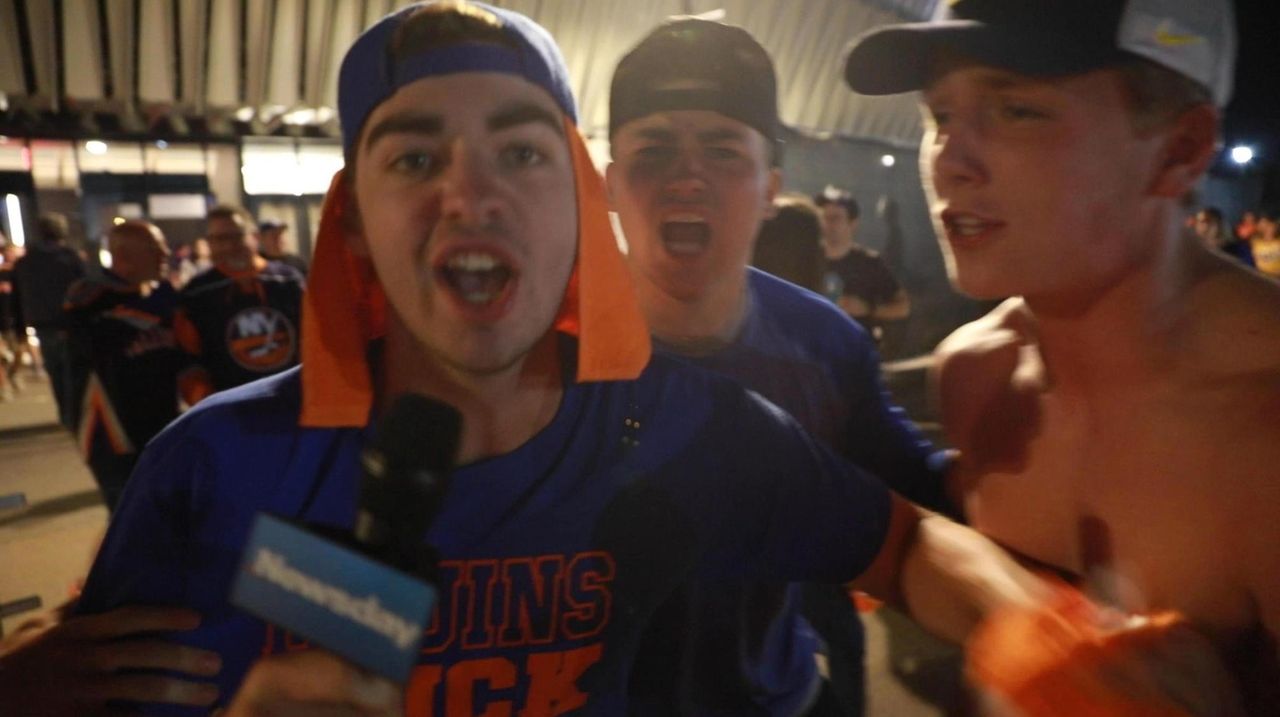 Nelson was the Islanders’ leading goal-scorer in the regular season with 18, and his six goals in the playoffs are second on the team, behind Kyle Palmieri’s seven. Last season, Nelson had nine goals in 22 playoff games, which tied him with linemate Anthony Beauvillier for the team lead.

Nelson, a first-round pick (30th overall) by the Islanders in 2010, broke in with the Islanders in 2013-14 and has been Mr. Reliable ever since. His 14 goals as a rookie are the fewest he’s scored in a season in his eight-year career. He’s scored 168 regular-season goals in 604 games and added 22 more in 60 playoff games and is part of the veteran core that is driving the Islanders.

Nelson, as much as anyone on the roster, understands what reaching the NHL final four for the second straight season — and doing it in the old barn that is Nassau Coliseum — means to the Islanders and their faithful.

"Yeah it's awesome,’’ he said. "Especially because we have a huge group of guys that have been here a long time, kind of growing up here together . . . I think everybody says it, I've said it a few times, just not even the players — the community, they have a strong connection to this place. So it just adds to the atmosphere and the excitement.’’

Island Ice Ep. 97: Isles go marching on from Boston to Tampa Andrew, Colin and Neil discuss the Isles' Game 6 win over the Bruins with Boston Globe columnist Tara Sullivan at Nassau Coliseum, then look ahead to the Tampa Bay Lightning series. Isles fans celebrate: 'Isles all day! Isles all day!'Watch the postgame celebration at Nassau Coliseum after the series-clinching win.