Cal Clutterbuck missed 30 games after his left wrist was slashed by Patrice Bergeron’s skate blade in Boston on Dec. 19, 2019. The gritty right wing said he’s still dealing with numbness in three fingers as a result.

"I still have issues with my hand," Clutterbuck said after the first on-ice sessions of Islanders training camp at Northwell Health Ice Center on Monday. "I have full function and I have strength, so it’s really not that big a deal."

Clutterbuck said he didn’t have good strength in the hand when he returned to play on Feb. 29 but added that he was "fine" by the time the postseason began in August.

Still, Clutterbuck said the numbness could be permanent. 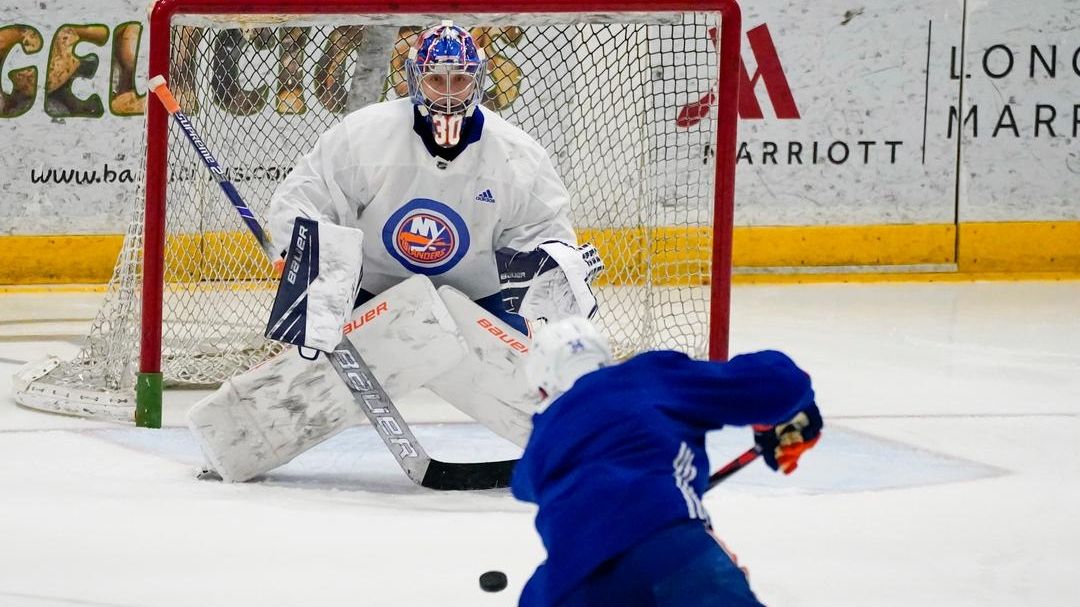 Islanders hit the ice for first day of training camp Newsday's Islanders reporter Andrew Gross discusses the team's first day of training camp on Monday, Jan. 4, 2020, including which players have reported for camp, who didn't make it to the ice and what they need to do to get where they expect to be this season.  Credit: Video: Corey Sipkin; Photo: Corey Sipkin, Jim McIssac, Kathleen Malone-Van Dyke

"I think there’s a possibility," he said. "But they’ve got a lot of confidence in the fact that it’s headed in the right direction."

One change in NHL safety protocol is that coaches now are required to wear masks on the ice. Barry Trotz said he had difficulty during the first of the day’s two sessions with his glasses fogging.

"I struggled with that," he said. "I couldn’t see the players. It was the first time in 20 years I feared for my safety. I was actually worried out there."

Trotz switched masks for the second session to help alleviate the issue. He said he may consider contact lenses.

The NHL announced that the Islanders’ home opener against the Bruins at Nassau Coliseum on Jan. 18 will start at 5 p.m. All but four of the Islanders’ 28 home games will start at 7 p.m. . . . The Islanders’ AHL affiliate in Bridgeport was placed in a revamped three-team division with Hartford (Rangers) and Providence (Bruins). That league, which will have 28 teams this season after three opted out, expects to begin play on Feb. 5.