Islanders right wing Cal Clutterbuck (15) stretches with the team during the New York Islanders practice before the second round of the NHL playoffs in East Meadow, NY on April 25, 2019. Credit: Corey Sipkin

After all that waiting, all the endless questions each day about the long layoff, and all the rust that is sure to have developed on the Islanders' game over the week-plus that they had off in between playoff series, the Islanders at least now can look back and tell you why it was preferable they swept the Pittsburgh Penguins in the first round of the playoffs and had so much time off.

“If we didn’t have those 10 days off, we’d be probably missing two or three players for the last of that [first round] series, so it’s a positive,’’ Islanders coach Barry Trotz said Thursday.

Cal Clutterbuck is Exhibit A in the argument for why having time off between series is a good thing. The gritty right wing, who left Game 4 of the Penguins series with an undisclosed injury, is available and ready to go Friday when the Islanders host the Carolina Hurricanes in Game 1 of the teams’ second-round playoff series at Barclays Center.

“Yeah, it was a nice break to have, for sure,’’ said Clutterbuck, who’ll be on the right side of his usual line, with center Casey Cizikas and left wing Matt Martin. “There were definitely a couple days there where I wouldn’t have been able to play. I might have missed a game or two, but I probably would have tried my best to get in at some point. But the break was nice.’’ 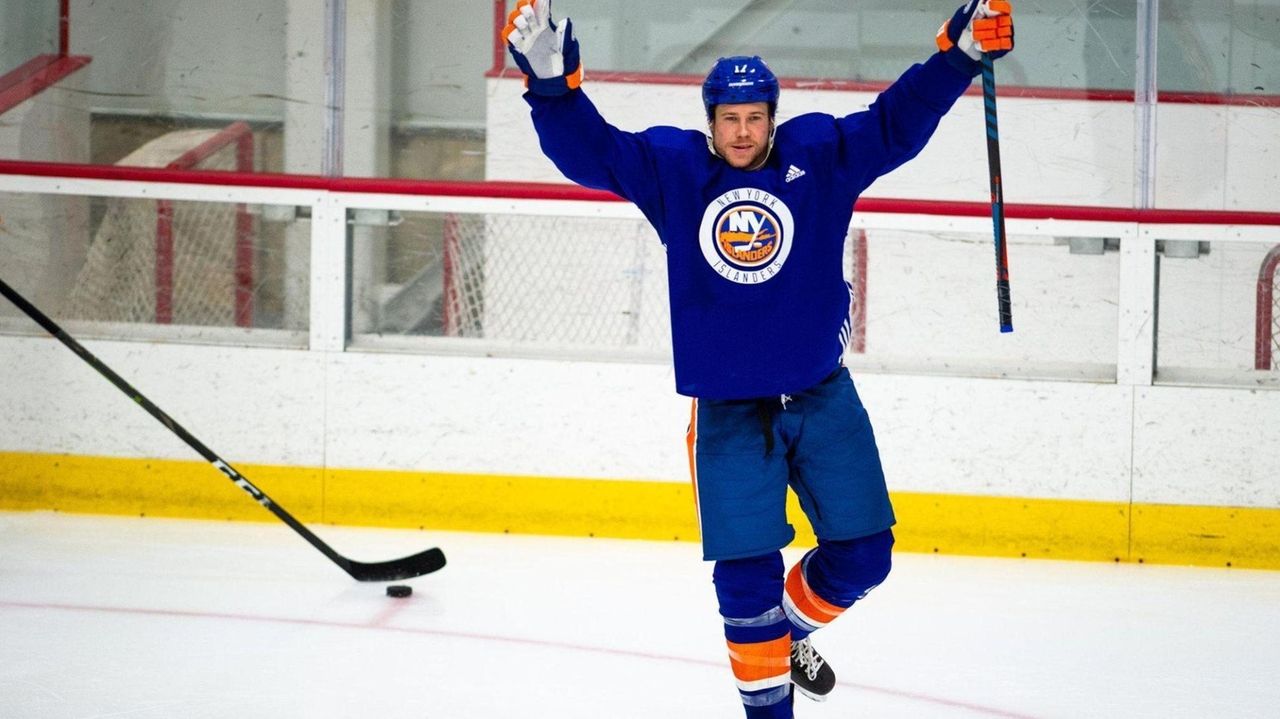 Islanders fully rested for the Hurricanes The Islanders practiced Thursday and discussed their long layoff between playoff rounds, as well as their preparation for the Carolina Hurricans, the Isles' opponent in the Eastern Conference Semifinals beginning Friday night at Barclays Center.  Credit: Corey Sipkin

“He’s got a little bit of edge, he’s got a little bit of skill. He can get under your skin a little bit,’’ Trotz said of Clutterbuck. “It is a skill to get top players off their game. He has that ability. At the same time, he has a skill level that is probably a little bit more unique, in terms of, he can make some plays, and he skates very well and all that. So, that line can be productive. He’s a good ingredient to our mix as a team — he’s playing penalty kill, power play . . . plays late-game situations, offensively and defensively. So, he’s a little bit of a Swiss Army knife.’’

The Hurricanes are a different opponent than the Penguins, who had some major star power in Sidney Crosby and Evgeni Malkin, among others. Carolina has some good players — most notably the Finnish forward Sebastian Aho (not to be confused with the Swedish defenseman of the same name who plays for the Isles’ Bridgeport farm team), who had 30 goals and 83 points in the regular season and had two goals and five assists in Carolina’s first-round series against the Washington Capitals.

But Aho is not Crosby, and neither is Jordan Staal (3-3-6 against the Caps) or Warren Foegele (4-2-6). Clutterbuck said the Isles won’t change their game based on who is or isn’t playing for the other team.

“I mean, we never really attacked it [against Pittsburgh] like, ‘We want to stop Crosby,’ or ‘We want to stop Malkin,’ ’’ he said. “We want to score. We want to be out there carrying the play; creating offense; creating chances from managing the puck; holding onto it in the o-zone —  making it really difficult for them to take it off us . . . It’s the same mentality, whether you’re playing against a fourth-line guy or an elite goal-scorer.’’