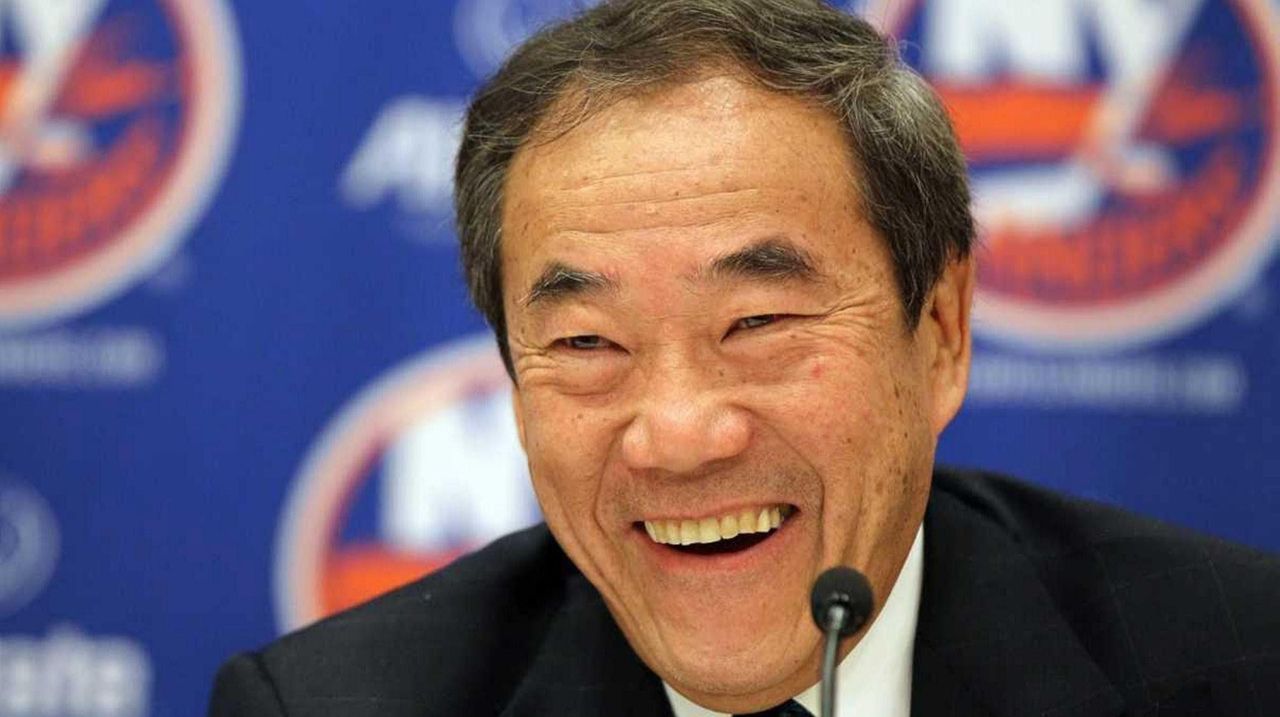 He had to take a detour through Brooklyn to do it.

Wang, who died Sunday at age 74, tried for a decade to build a new arena for the Islanders at the site of the Nassau Coliseum in Uniondale. In 2012, he abruptly announced a deal that would move the team to Brooklyn beginning in 2015. On the day of the announcement, Wang spoke as if his fight to keep the team on Long Island was over.

But privately, he never gave up working on a return home.

The team’s planned new arena at Belmont Park, anticipated to open in October 2021, is the result of Wang’s behind-the-scenes efforts lobbying all parties about the potential of the site, several people involved with the project said.

“Charles loved the Islanders unconditionally,” Ledecky said in a statement Sunday. “The arena at Belmont Park will be just one of his many legacies left to the team and to Long Island.”

New York Racing Association board member Michael Dubb, who partnered with Wang on a previous business deal, said he brought the idea of an Islanders arena at Belmont to Wang toward the end of 2015, around the time the Islanders were playing their first official games in Brooklyn.

“He always felt the team was a Long Island team and belonged here,” Dubb said Sunday. “Charles deserves all the credit. The Islanders don’t come back to Long Island without Charles.”

Marshall: What I learned from Charles Wang

Wang was immediately intrigued with the idea, Dubb said. So on a December day they went to Belmont together in Wang’s car — Wang picked Dubb up at his office — to look around.

The Islanders were two months into the team’s first season in Brooklyn at the time, but Wang wasn’t deterred despite the 25-year lease deal with the Barclays Center in Brooklyn.

“He still felt they belonged on Long Island,” Dubb said.

On the day Wang announced the move to Brooklyn, he called the agreement with Brooklyn “ironclad.” He also said it was a “bittersweet” day for him because it signaled the end of his quest to replace Nassau Coliseum with a “beautiful” home like Barclays Center. What wasn’t revealed that day, however, was that the agreement Wang negotiated with Bruce Ratner, who controlled the Brooklyn arena at the time, included language that would allow either side to exit the deal after only a few years.

It was that opt-out language that gave Wang the opening to hold out hope for a return to Long Island.

On their trip to an otherwise empty and quiet Belmont Park, Dubb said he showed Wang “all the existing exits and entrances onto the Cross Island Parkway, the two potential places where the arena could sit.”

In 2014, Wang agreed to sell control of the Islanders to Scott Malkin and Jon Ledecky in a deal that valued the franchise at about $485 million. That deal, which gave Wang two more years as majority owner, would leave him with only a 15 percent financial interest in the team beginning in 2016.

By then Wang had grown frustrated with Nassau politicians after numerous attempts to upgrade or replace the county-owned Nassau Coliseum, the team’s home since its start in 1972.

In 2004 Wang proposed a privately funded, $3.8 billion development called the Lighthouse Project on the site of the Nassau Hub. That was killed in 2010 by the GOP-led Hempstead Town Board, arguing that with its focus on apartments, it was too dense for the community.

At the peak of his financial losses in 2009, Wang told Newsday that while he was proud to have saved the Islanders in 2000, “If I had the chance to do it again, I wouldn’t do it again.”

In 2011, then-Nassau Executive Ed Mangano proposed a referendum to borrow $400 million in taxpayer money to renovate the arena, and Wang said there was no Plan B for the fate of the Islanders. But Nassau Democrats opposed the project, and voters rejected the proposal, 57 percent to 43 percent.

But on that day driving around Belmont, Wang wasn’t interested in the past arena failures. What he saw, Dubb said, was potential for the home he always thought he could deliver to the Islanders since he purchased the team in 2000.

A few months later, Dubb set up another meeting for Wang, this time with New York Racing Association chief executive Christopher Kay. Dubb recalled six inches of snow on the ground, but there was no talk of rescheduling. Wang made it to the meeting.

Wang often is credited with saving the Islanders simply by purchasing them in 2000 when their financial footing was perhaps at its bleakest. He tried a few years later to buy the Nets, which he wanted to pair with the Islanders at a new Nassau arena, but he lost out to Ratner.

Most of Wang’s years at the helm weren’t good ones for the Islanders, not in the standings, and not from a financial perspective.

In 2009 he allowed a Newsday reporter to look at the team’s audited financial statements, which showed he paid $208.8 million — an average of $23 million per year — to keep the team afloat. That’s after spending $74.2 million to buy the team and assuming $97 million in existing liabilities.

NHL commissioner Gary Bettman added Wang also spent more than $10 million in his failed attempts to build an arena. In a statement Sunday, Bettman said Wang’s “commitment to, and passion for, his beloved Islanders was matched by his dedication to, and support for, the Long Island community.”

Dubb said that dedication is best illustrated in Wang’s determination to find the Islanders a home on Long Island, even after he felt he had no choice but move the team away.

“No matter how many setbacks he had,” Dubb said, “he never lost sight of the fact that the Islanders did belong on Long Island.”

Charles Wang's philanthropy reached around the worldWang started a nonprofit to provide free cleft surgeries, developed a cultural center at Stony Brook University, and supported a law school in China named after his father, among other charitable efforts. The life and career of Charles B. WangKey dates in his life and career. From the archive: The house that Wang builtA Part II profile of Charles Wang that Newsday published on Aug. 15, 1995. Notable sports deaths in 2018A look at those athletes, coaches and sports personalities we lost in 2018.