Defenseman Devon Toews started with Ryan Pulock for the third straight game on Tuesday night against the Flyers at Barclays Center as he settles into his new role on the Islanders’ top pair.

“I thought they handled it very well,” Trotz said. “We got a win. More impressively, he wasn’t fazed by it at all. He’s got such good feet. He’s able to escape some of the forecheck. Some of his exit passes, his deception to get out of tight situations was very good.” 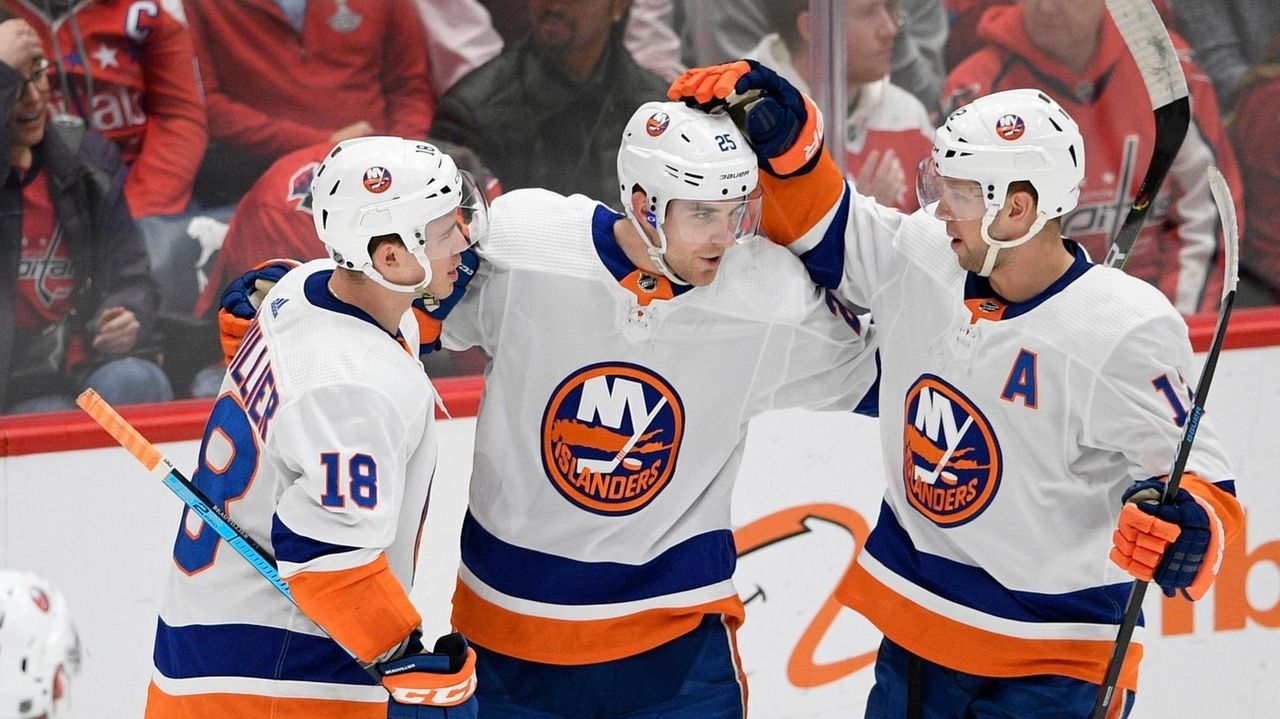 On the road again

The Islanders open a four-game Western swing against the Predators on Thursday, making Tuesday’s game in Brooklyn the lone home game in a seven-game stretch.

Not that Tuesday necessarily felt like a home game after the team arrived back from Washington around midnight and will depart for Nashville on Wednesday.

“Today, it feels like a little bit of an extension of yesterday,” Trotz said.

Rookie Kieffer Bellows returned to the third line for his fourth career NHL game after being a healthy scratch on Monday in favor of Ross Johnston. The burly left wing did not dress for the fifth time in six games after logging 8:15 with a fighting major against the Capitals…Defenseman Sebastian Aho and forward Tom Kuhnhackl remained healthy scratches…The Islanders entered Tuesday with a 6-0-3 record at Barclays Center. They have three regular-season games remaining in Brooklyn, the next one on March 1 against the Canadiens.

Isles gearing up for four-game road tripThe Islanders defeated the Washington Capitals on Monday, 5-3, and now come home to face ...