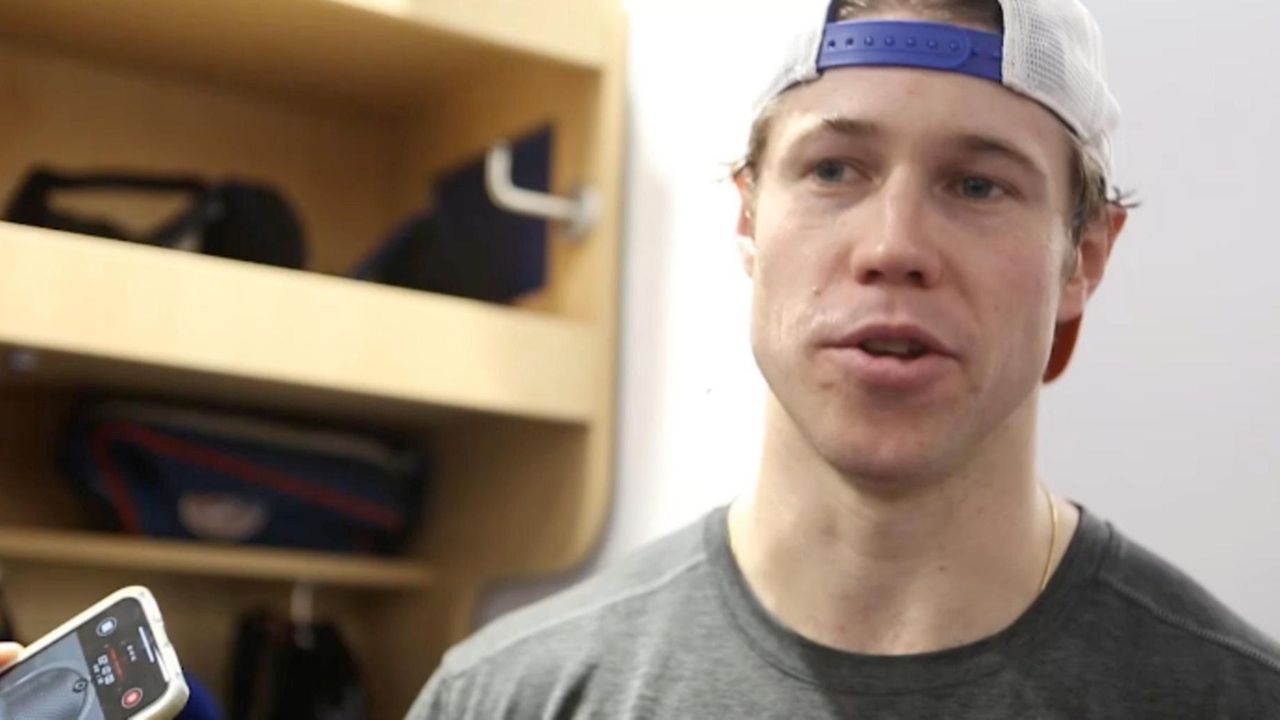 After the Islanders beat Columbus in their return to NYCB Live's Nassau Coliseum on Saturday, winger Matt Martin talked about what if felt like to play back at the Coliseum. Credit: Newsday / Shelby Knowles

The atmosphere was electric, a Long Island-heavy fan base welcoming the Islanders back to their past and now present home with the first regular-season game at the refurbished Nassau Coliseum since 2015.

“It’s pride for the Island,” Islanders coach Barry Trotz said during his postgame briefing, his voice competing with happy fans chanting in the concourse. “I haven’t been in the New York area very long, but there are distinct separations and this is Islander Country.” 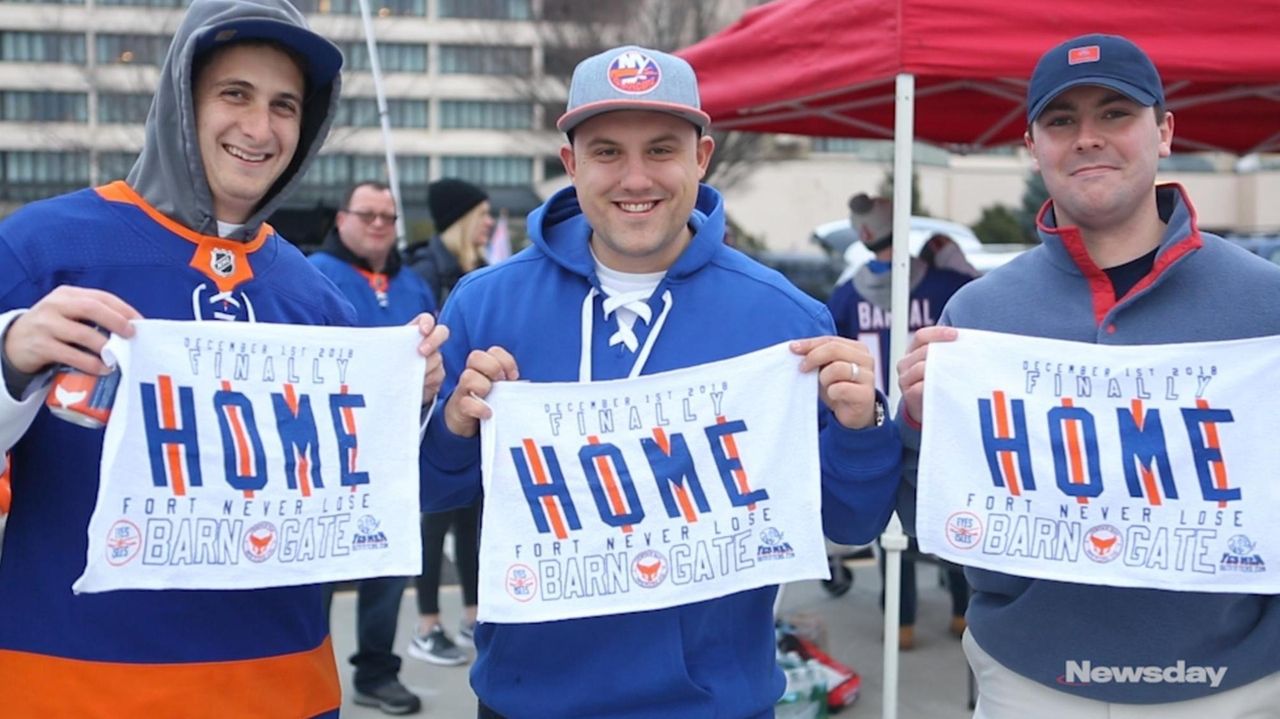 The Islanders rallied from a two-goal deficit in the third period and Casey Cizikas, one of the team’s stalwarts from the previous tenure at the Coliseum, scored the deciding goal in a 3-2 win over the Columbus Blue Jackets before a delirious sellout crowd of 13,917.

“That was more than any of us could have anticipated,” Cizikas said of the fans. “They brought their ‘A’ game. They earned those points as much as we did.”

“You play with that atmosphere all year, that’s at least a dozen points, I think,” Trotz added.

The Islanders (13-9-3) snapped a two-game losing streak and pulled within three points of the second-place Blue Jackets (15-9-2) in the Metropolitan Division.

Thomas Greiss made 28 saves, going into a split to stop Cam Atkinson’s rebound attempt at the crease at 15:39 of the third period. Jordan Eberle and defenseman Scott Mayfield each had two assists for the Islanders.

The Blue Jackets’ Sergei Bobrovsky stopped 26 shots, including a miraculous save on Leo Komarov at the crease to keep the score 3-2.

“That’s not an easy hockey team to come back against,” Matt Martin said. “It was just an amazing feeling and you’re ready to run through a wall for [the fans]. We get down 2-0 and the feeling across the bench was we don’t want to let these people down. They’ve been here all day. They’ve been providing us with energy and we want to find a way to come back.”

On the winning goal, defenseman Ryan Pulock started the play by stickhandling along the right boards and winding up behind the crease as Cizikas skated clear to the front. Pulock fed the puck and Cizikas slammed it past Bobrovsky from just above the blue paint at 7:09 of the third period.

The pregame warmups were punctuated with loud “Let’s go Islanders!” chants, and when Regina Wilson of the New York Fire Department sang the national anthem, the pumped-up crowd joined with her to form one loud voice halfway through.

“That was a lot of fun,” said Anthony Beauvillier, who tied the score at 2 at 15:24 of the second period by putting back his own rebound on a two-on-one rush.

Trotz, not surprisingly, put Cizikas’ unit with Martin and Cal Clutterbuck along with defensemen Nick Leddy and Johnny Boychuk on the ice to start the game. All five are a direct link to the Coliseum’s previous history as the team’s home rink.

The Islanders have 20 regular-season games remaining at the Coliseum and only nine more at Barclays Center.

Boos were heard during the Islanders’ ineffectual power play early in the second period, and the crowd went silent after the Blue Jackets built a 2-0 lead on goals by Markus Hannikainen at 6:46 and Pierre-Luc Dubois at 8:33.

But Anders Lee’s video-reversed goal at 11:59 —  Eberle’s shot went in off his torso as he crashed to the net — brought the Islanders within 2-1 and revved up the crowd.

Barker: Vaccinated or not, Irving is a distraction for Nets
Evan Engram No. 1 target of . . . frustrated Giants fans
Jason Garrett to keep calling plays for the Giants' offense
Saleh confident that the Jets will turn things around
Yankees' next tall task: Vlad Jr. and the Blue Jays
Glauber: Jets and Giants are simply the worst
Didn’t find what you were looking for?