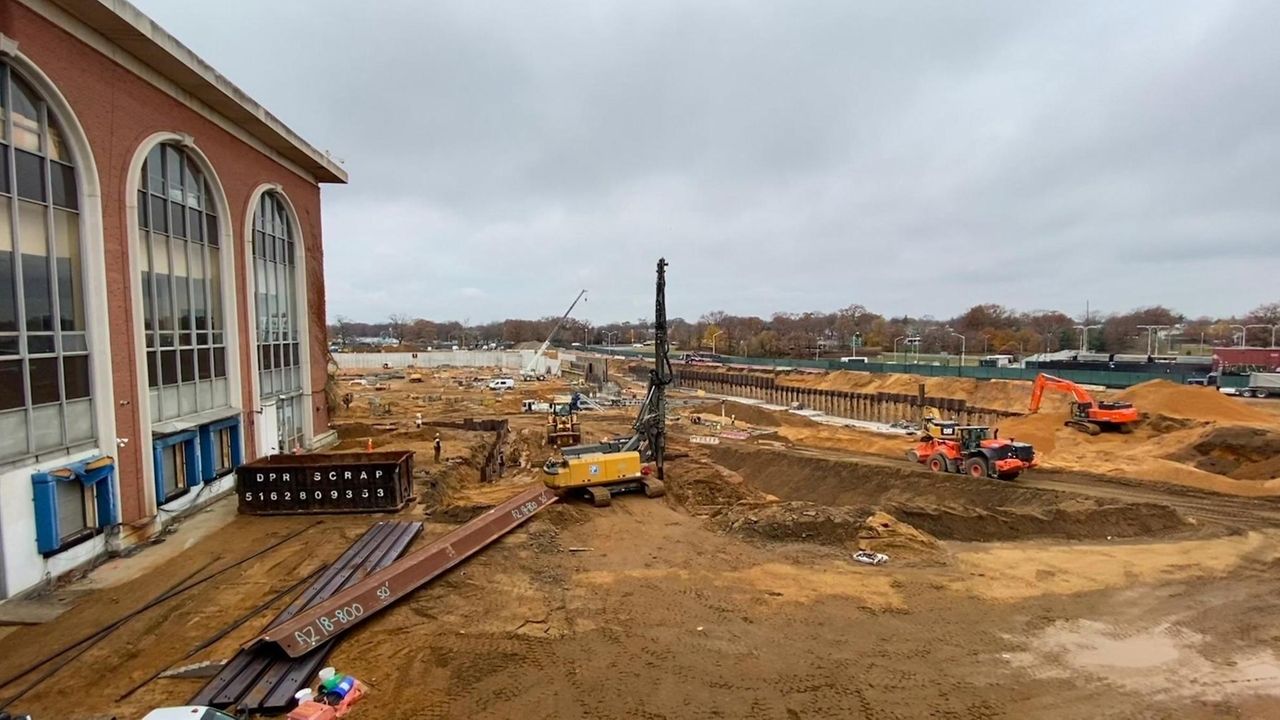 The New York Islanders and Empire State Development, the state agency that owns the land at Belmont, have 25 year "non-relocation" agreement under a  contract that was obtained by Newsday via a Freedom of Information Law request. Newsday reporter Jim Baumbach has more on this story. Credit: Newsday / Jim Baumbach; Howard Schnapp

The Islanders' arena deal with the state includes a "non-relocation" agreement that is intended to keep the team at Belmont Park for 25 years.

The contract is between the Islanders and Empire State Development, the state agency that owns the land at Belmont. Newsday obtained a copy of the 29-page agreement from ESD via a Freedom of Information Law request.

The Islanders and the National Hockey League declined to comment.

“The Islanders have been part of Long Island’s DNA since 1972, and this agreement ensures they will continue to play on the Island for decades to come," ESD spokesman Jack Sterne said. "We are proud that New York State’s successful partnership with the team helped guarantee a longtime home for Isles fans — whose permanent location was on ice for far too long — while supporting a project that will create thousands of jobs and generate billions of dollars in economic activity.”

ESD said in the nonrelocation agreement that a deal is necessary because the arena project went forward with the Islanders in mind.

If the Islanders break the agreement during the 25-year window, the agreement states they would have to pay ESD a penalty, which decreases each year.

For example, the Islanders would have to pay ESD $86.25 million if they leave in the first year; the figure drops to $5 million in the 25th year.

“It provides certainty to the fans, the government and the NHL that this team, which has been a bit of a vagabond for a few years now, is committed to this location and this arena,” he said, “and that they will be there for the foreseeable future.”

The Islanders’ new arena is the centerpiece of a $1.3-billion sports-and-entertainment development on the 43-acre parcel of state land adjacent to the Belmont racetrack.

The new arena ends the Islanders’ decadeslong search for a new home and brings the team back to Long Island full-time, which the team’s ownership has been seeking almost since the day the franchise departed Nassau Coliseum in 2015 for Brooklyn’s Barclays Center.

Ganis said nonrelocation agreements between teams and municipalities are standard when a government entity is involved with the arena’s approval process or financing.

“These are done to protect the state’s interest,” Ganis said. “The government is entering into this with certain expectations of public sector benefits such as economic activity, taxes that will be received, employment, potentially ancillary development and economic activity outside.”

The Yankees’ nonrelocation deal at Yankee Stadium was for 40 years, the Brooklyn Nets committed to Barclays Center for 37 and the Mets tied themselves to Citi Field for 35.

Those nonrelocation terms for the most recent stadiums and arenas built in New York are all according to the publicly available municipal bond offerings used to finance those stadiums.

Ganis said of the length of nonrelocation agreements, “if it’s on the shorter side, that would generally indicate the government is putting in fewer dollars and resources.”

The developers also are helping finance a new Long Island Rail Road station that will be connected to the Main Line so it’s accessible for eastbound and westbound commuters. New York Arena Partners is paying $30 million of the station’s $105 million cost upfront and will reimburse the state $67 million over 30 years.

The only way the agreement permits the Islanders to leave during the term without penalty is if ESD agrees to their departure or if the new LIRR station isn’t operational from both the east and west by the end of 2024.

LIRR has said it expects the station to be fully operational in late 2022.

Isles vs. Caps preview: Keep Ovechkin shy of 700Ovechkin has 698 career goals, and Trotz would rather watch 700 on TV than in person. MTA panel approves funds for LIRR projects at Belmont, PennThe committee approved a pair of contracts that will help shape the future of key LIRR stations, serving riders to Beltmont Park and Penn. Bettman still noncommittal on Islanders games at ColiseumNHL commissioner Gary Bettman reiterated that it's still too early to determine whether the Islanders will be allowed to play all their games next season at NYCB Live's Nassau Coliseum, and said that logistical issues make holding a deep Islanders playoff run at the Coliseum difficult.