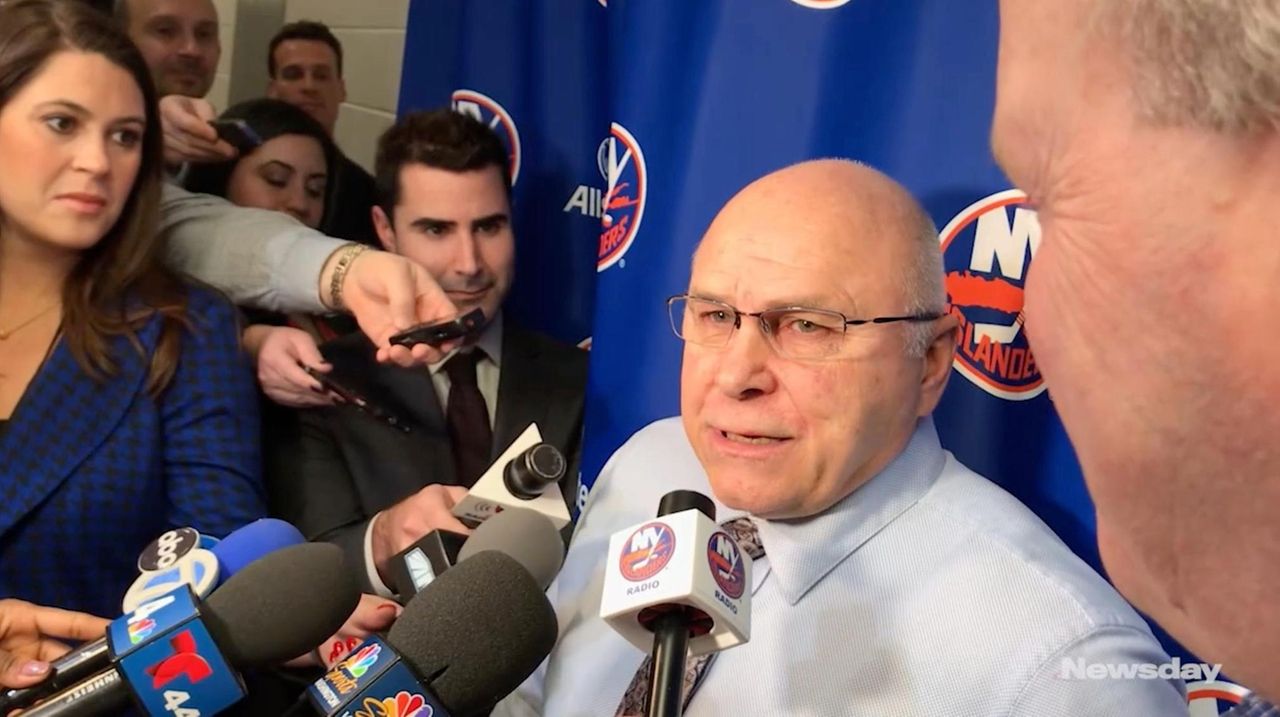 Islanders head coach Barry Trotz spoke to media before Friday's game against the Washington Capitals, his first time back in Washington since leading the Capitals to the Stanley Cup last season.  Credit: Ted Starkey

“It feels very similar,” Trotz said before the Isles’ 2-0 victory over Washington in his first return to Capital One Arena since he led the Capitals to the Stanley Cup in June. “We were building something. We started with the structure and just trying to make every moment count. The accountability, how we play, professionalism, all those things that make a pro athlete on and off the ice. We did that here and we carried that on to the Stanley Cup.

“We’re in the infancy stages,” Trotz said of the Islanders. “We’re probably not as exotic as the group on the other side. Hopefully we’re able to get to that level and, if we do, hopefully have the same success.”

Trotz took over the Capitals in 2014-15 and led them to a 45-26-11 mark and the second round of the playoffs, including a first-round series win over the Islanders. The Caps had gone 38-30-14 and missed the playoffs the previous season.

Trotz said a big improvement in his first season in Washington was the Capitals learning to play well in close games, something he repeatedly has mentioned as an Islanders improvement.

Notes & quotes: Trotz opted not to start Robin Lehner although he needed to make only 16 saves in Thursday night’s 4-1 win over the Devils at NYCB Live’s Nassau Coliseum. He has started the same goalie in back-to-back games only once, as Thomas Greiss was in net for a 4-3 overtime win at New Jersey on Nov. 23 and a 4-1 win over the Hurricanes at Barclays Center the next day . . . Forward Tom Kuhnhackl (illness) did not accompany the Islanders to Washington . . . Defenseman Luca Sbisa and forward Ross Johnston remained the healthy scratches . . . Defenseman Johnny Boychuk turns 35 on Saturday . . . Defenseman Adam Pelech had two assists.