Jordan Eberle #7 of the Islanders celebrates with teammate Anthony Beauvillier #18 after scoring a goal against the Florida Panthers during the third period in Game Two of the Eastern Conference Qualification Round prior to the 2020 NHL Stanley Cup Playoff at Scotiabank Arena on August 4, 2020 in Toronto, Ontario. Credit: Getty Images/Andre Ringuette/Freestyle Photo

Jordan Eberle was tossing the requisite polite platitudes toward the Capitals, a team that won the Stanley Cup in 2018, before the Islanders right wing concluded his assessment with perhaps the biggest X factor in the teams’ upcoming first-round playoff series.

That would be Barry Trotz, who coached the Capitals to the Cup before becoming the Islanders’ bench boss two weeks later.

“They’re obviously a very solid squad,” Eberle said on Tuesday. “They were champions a couple of years ago. If you look at their lineup, they have a lot of guys who can put the puck in the net. They’re a dynamic team. We’ll have our hands full in a lot of situations. I’m confident in the way we prepared. Barry knows the system quite well.”

Game 1 of the best-of-seven series is Wednesday at 3 p.m. with all games at Scotiabank Arena in Toronto where the NHL sequestered its teams in one of two hub city bubbles.

Host Andrew Gross talks lineups and what to expect for the Capitals series with Isles radio broadcasters Chris King and Greg Picker. Plus, Andrew's Answers.

The Islanders advanced to the 16-team playoffs with a four-game win over the Panthers in their best-of-five qualifier. The Capitals, who finished first in the Metropolitan Division during the regular season that was halted on March 12 because of the COVID-19 pandemic, went 1-1-1 during the Eastern Conference’s concurrent round-robin for seeding.

But the sixth-seeded Islanders don’t necessarily believe they have an advantage over the third-seeded Capitals because they’ve already been in an elimination series.

“It’s such a new situation for everybody,” Eberle said. “The team that is mentally ready to go and has the most urgency will win.”

But there are some Xs and Os that will be keenly important from an Islanders’ standpoint. 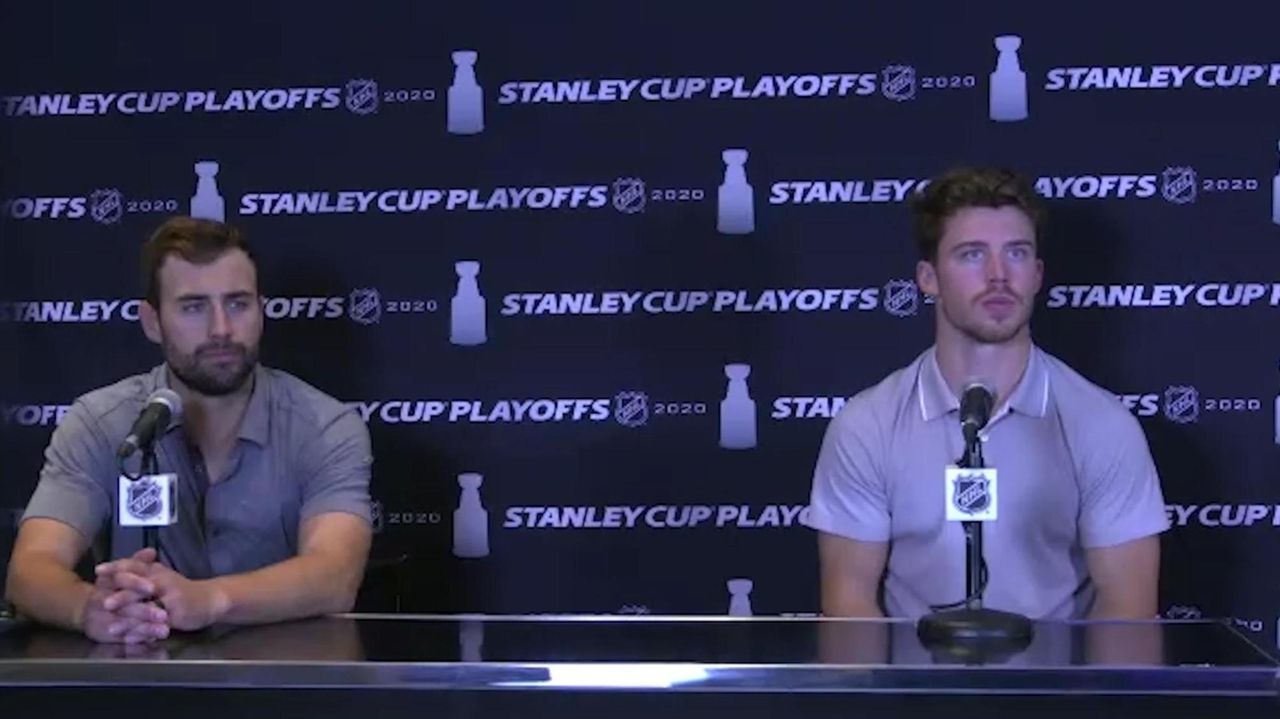 Eberle on Isles' outlook for Game 1 vs. Capitals New York Islanders winger Jordan Eberle speaks on the team's outlook and preparation for the Washington Capitals ahead of their Game 1 matchup on Wednesday. Credit: New York Islanders

The Islanders will also try to limit the traffic in front of goalie Semyon Varlamov, who compiled a 1.77 goals-against average and a .932 save percentage in four games against the Panthers.

But Ovechkin is dangerous from anywhere in the offensive zone, particularly from the left circle on the man advantage.

“Ovechkin, when he started his career, he could score a lot of goals,” said Varlamov, Ovechkin’s teammate with the Capitals from 2008-11. “He’s still scoring 50 goals a year, which is incredible. Nobody can do that these days. We’re going to have to play very smart against him.”

The Islanders held fellow superstar scorer Sidney Crosby to one assist in their four-game sweep of the Penguins in last season’s first round.

“That was my first playoff experience and we spent a lot of time out there against Sid,” said defenseman Adam Pelech, part of the Islanders’ top-pair along with Ryan Pulock that is expected to see the bulk of ice time against Ovechkin’s top line with Kuznetsov and Tom Wilson. “Luckily, we did well. That gave us a bit of confidence and momentum going forward. It’s a similar situation with the talented players Washington has up front.”

For the most part, though, the Islanders are concentrating on their game: A tight defensive structure with an ability to forecheck while rolling four lines.

“Making sure we play the right way is going to make us successful,” said left wing Anthony Beauvillier, who had three goals and two assists against the Panthers. “We want to stay disciplined.”

Eberle on Isles' outlook for Game 1 vs. CapitalsNew York Islanders winger Jordan Eberle speaks on the team's outlook and preparation for the Washington ...