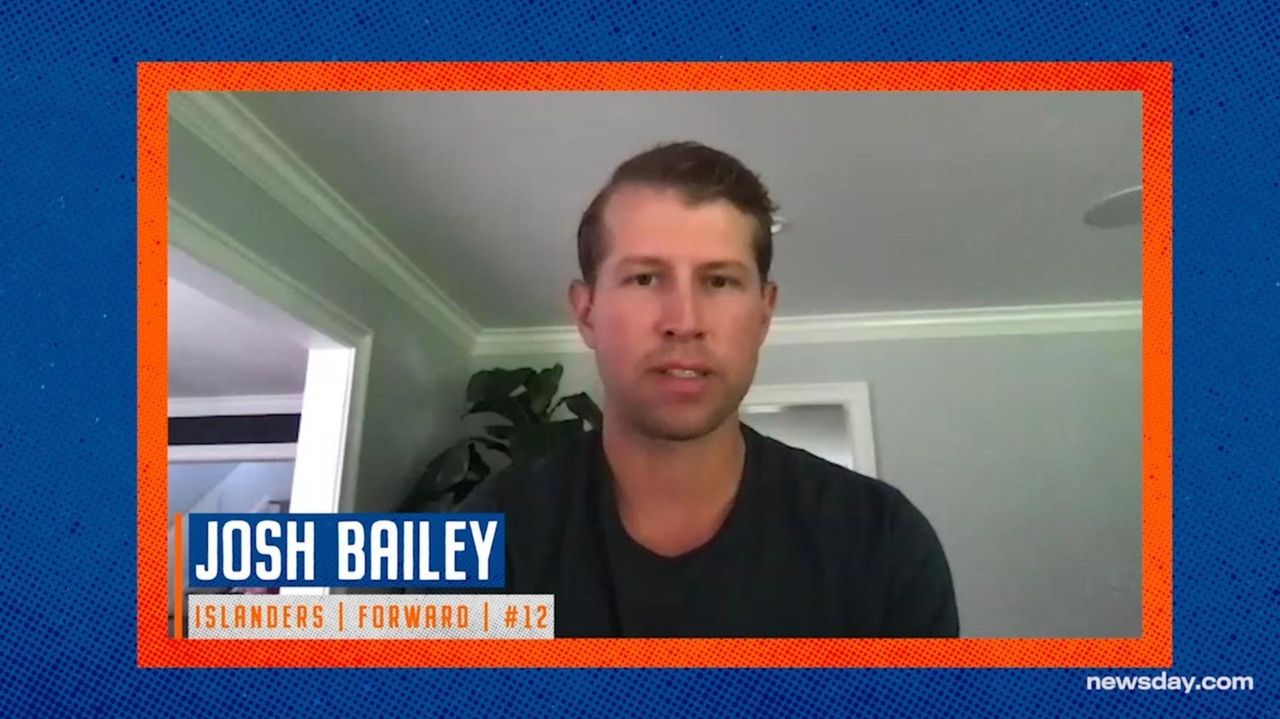 Islanders forward Josh Bailey spoke on Monday about what it means to get back out on the ice and begin training after sessions were postponed due to COVID-19.  Credit: New York Islanders via Zoom

The NHL and its Players’ Association have some final details to resolve before games can potentially resume. And those games are still about two months from happening, if they are played.

But Josh Bailey is optimistic the issues can be resolved to resume a season paused on March 12 because of the COVID-19 pandemic. For now, getting back on the ice as he and some Islanders’ teammates did on Monday as Northwell Health Ice Center in East Meadow reopened for small-group workouts served as a decent first step.

“It was nice to just get back in there,” Bailey said on a Zoom teleconference with the media. “It’s a familiar place for us. It’s nice to get back on the ice. It’s nice to feel the puck.”

Monday marked the first day of the NHL’s Phase 2 in its return-to-play plan. No more than six players – without coaches – are allowed in team facilities at one time to train and the workouts are strictly voluntary. The start of formal training camp won’t be before July 10.

The Rangers will open their training center in Greenburgh on Tuesday.

Bailey said he worked on the ice with Cal Clutterbuck, Matt Martin and goalie Thomas Greiss. The players went through coronavirus testing this weekend as well as on Monday and Bailey added he plans on skating three times this week. Defensemen Scott Mayfield and Devon Toews and goalie Christopher Gibson worked in a second group.

“It was a good first step,” said Bailey, who was asked what the most difficult part of the forced hiatus has been. “I don’t know if there’s been a hardest part. Just the unknown. Even outside of hockey, the unknown. We can all relate to that. You didn’t know when things could potentially start up.

“Definitely, things need to be sorted out,” Bailey added of the remaining NHL-NHLPA issues. “I’m absolutely optimistic. I’m just hoping for the best, that we can get a resolution and get this thing rolling.”

The return-to-play format will have the 12 teams in each conference assigned to separate hub cities and to be  sequestered for the duration of their season.

“It’ll definitely be different,” said Bailey, whose wife, Megan, gave birth to the couple’s third child and first daughter, Blake, on March 31. “No matter how it comes together, it’s not going to be what we’re accustomed to. When you’re with the team, that gives you that normalcy, you’re still with the guys. The hub city, I haven’t thought of that a whole lot, other when I see my wife and kids and wonder how long I’m going to be away?”

The Islanders were on an 0-3-4 slide when the season was interrupted. But Bailey said it would be a “full reset” if games could resume.

“We could’ve been on that winning streak we were on earlier in the year and it’d be thrown out the window, too,” said Bailey of the Islanders’ franchise record 15-0-2 streak from Oct. 12-Nov. 23.