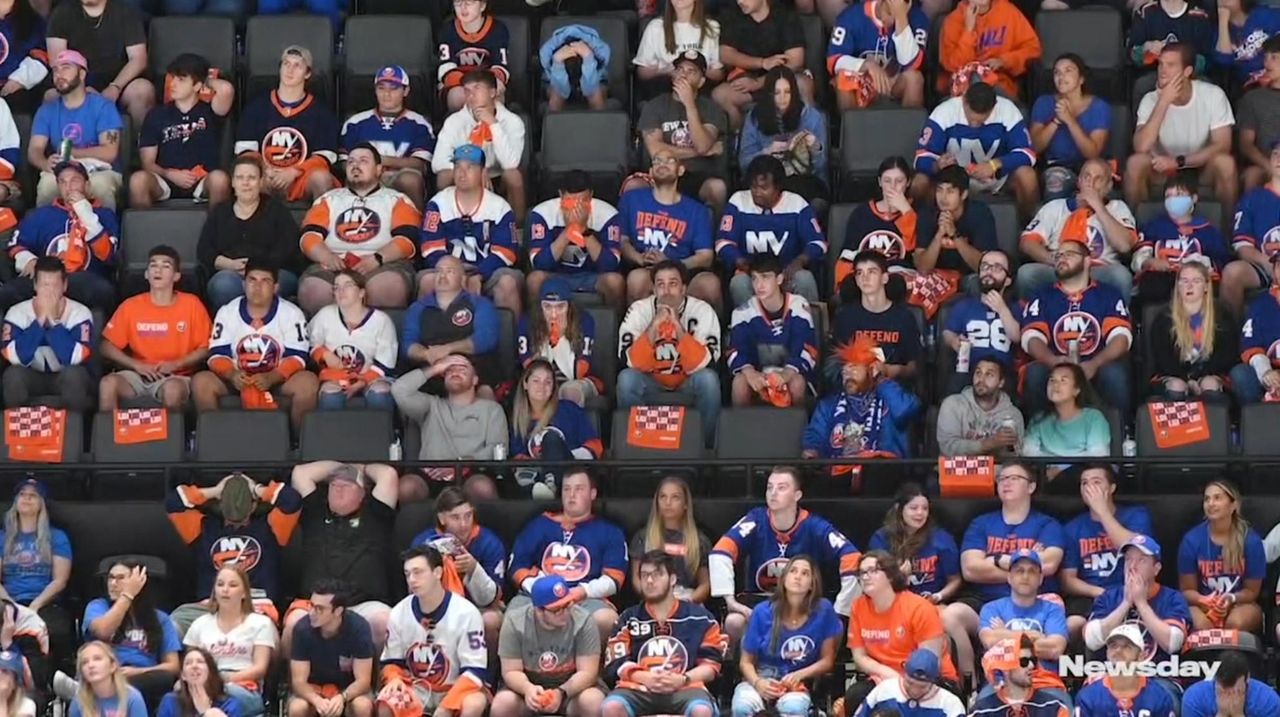 Denis Potvin was in town anyway, the plan having been for him to attend Games 3, 4 and 6 of the NHL semifinal series between the Islanders and Tampa Bay Lightning at Nassau Coliseum. So when the Islanders called and told him they’d be hosting a watch party for Game 5 at the Old Barn on Monday night, of course he showed up.

Potvin’s old teammate, John Tonelli, also came, and so did 7,200 fans who paid $10 to watch the game on the center ice video board.

"The building means so much,’’ Potvin said of the Coliseum, which is hosting its final playoff run before the Islanders move into UBS Arena next season. "Yeah, there’s so many changes, but I did a walk-through . . . and the things that were coming out of my mind — I was standing right here when John Ziegler handed me the [Stanley] Cup, and Bobby Nystrom was in the corner, and JT [Tonelli] was all over the place.’’

Things didn’t turn out well for Potvin and the fans, though. The Lightning were party poopers, scoring three goals in each of the first two periods in their 8-0 victory. When it got to be 5-0, many folks had had enough and got up and left.

Andrew Gross is joined by Neil Best and Colin Stephenson to discuss the Isles' 8-0 loss to Tampa Bay in Game 5 of the Stanley Cup semifinals and then look ahead to Game 6 at Nassau Coliseum on Wednesday.

Game 6 is at the Coliseum on Wednesday.

The mood had been so festive beforehand.

Fans tailgated in the parking lots before the doors opened at 7 p.m. Devin Robinson, owner/operator of Yes Men Outfitters, an Oyster Bay-based clothing line devoted to the Islanders and Long Island hockey, was doing good business selling T-shirts that had the name "Long Island Saints," a reference to Bruins coach Bruce Cassidy calling the Isles the New York Saints.

"Fans kind of ran towards that nickname,’’ he said. "And we just kind of ran with it and we’re having a lot of fun.’’

Peter Sekesan, 36, of Merrick said he chose to attend the party as opposed to watching the game at home because "it’s being in the atmosphere with the rest of the fans, experience it all together and then just trying to soak in the Old Barn one last time, really. We were here for Game 4 the other night — I still haven’t recovered my voice — and I just figured . . . it was 10 bucks to get in, it went to a charity for a good cause, so now I can go in and really enjoy the Coliseum one more time. Unless we’re here for the final.’’

Money raised by ticket sales went to the Islanders Children’s Foundation, which, according to the team website, "is dedicated to supporting the youth of the local community by providing opportunities to children.’’

Sekesan’s buddy, Brad Yeager, 35, of Riverhead, said he hoped by attending "to catch some more magic here in this old building.’’

"They call it the Barn, but it’s our Barn,’’ Yeager said. "It’s like, it could be a mess, but it’s your mess. You pack the best fans in hockey into it, it becomes a special, magical place for all Islander fans. It’s our home.’’

Island Ice Ep. 102: Isles vs. Lightning Game 5 analysis Andrew Gross is joined by Neil Best and Colin Stephenson to discuss the Isles' 8-0 loss to Tampa Bay in Game 5 of the Stanley Cup semifinals and then look ahead to Game 6 at Nassau Coliseum on Wednesday. Photos: Islanders Game 5 watch party at Nassau ColiseumScenes from Nassau Coliseum as Islanders fans watched Game 5 against the Lightning on Monday.