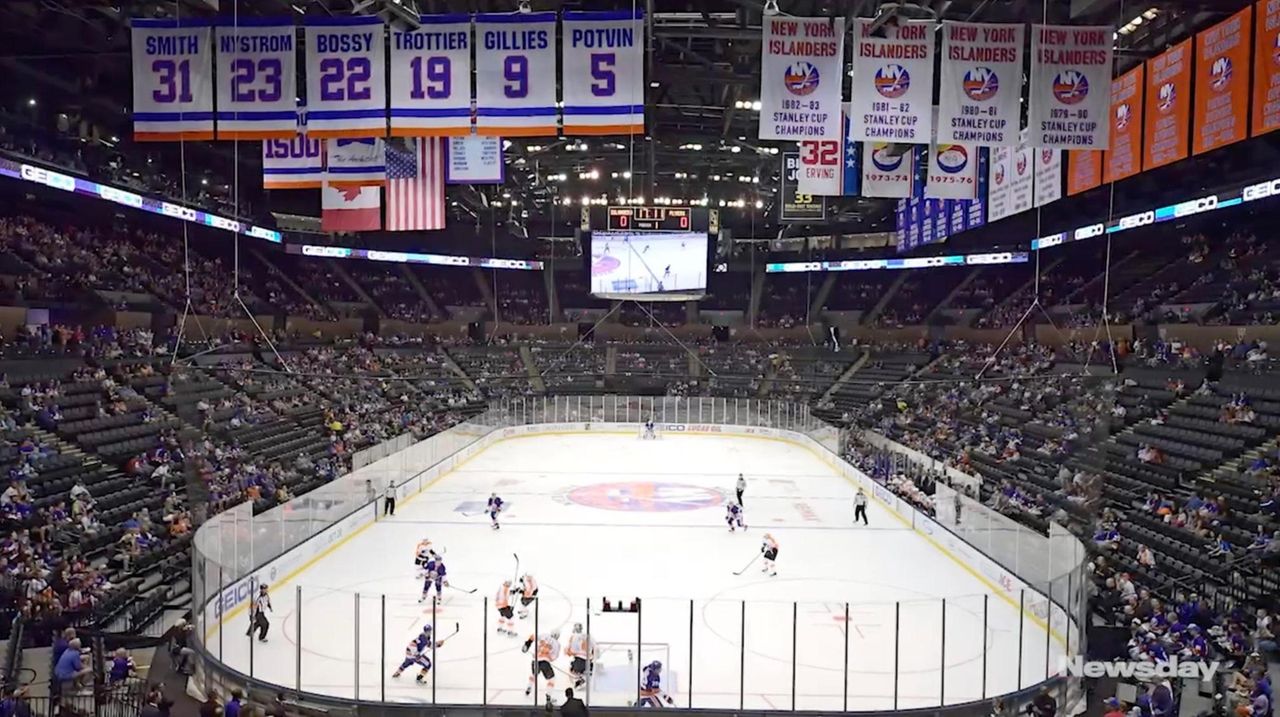 ST. LOUIS — NHL commissioner Gary Bettman reiterated that it’s still too early to determine whether the Islanders will be allowed to play all of their games next season at NYCB Live’s Nassau Coliseum. He also said logistical issues make holding a deep Islanders playoff run at the Coliseum difficult and possibly untenable.

Bettman, speaking ahead of the 2020 All-Star skills competition, referenced the letter he sent to Nassau County Executive Laura Curran earlier this month and indicated that little had changed since then. Curran publicly pleaded with the commissioner to allow the Islanders to play all of their home games at the Coliseum next season rather than splitting time between Uniondale and Barclays Center in Brooklyn, as they are doing this season.

The Islanders have at least one more season until their new home at Belmont is completed.

“It’s a little premature at this point to decide what we’re doing next season with the Islanders and where they’re going to play,” Bettman said.

Asked if the Islanders, who are third in the Metropolitan Division, will be allowed to play some or all of their potential home playoff games at the Coliseum, Bettman said that decision also has not been made.

He underlined the difficulty of hosting a deep playoff run in an arena that holds about 13,000 seats and is not completely equipped for the extensive media presence that accompanies a shot at the Stanley Cup.

“It’s not an easy issue because Nassau Coliseum is not a major-league facility,” he said. “And if the Islanders were to have a deep playoff run, based on the press and the media and the seating capacity and the facilities available, it could provide monumental [challenges] and perhaps challenges that we couldn’t overcome, so we’re staying flexible for the time being.”

Curran, for her part, sent a letter to the commissioner and posted it on Twitter.

“It’s what the fans want,” she wrote in the letter. “It’s what the players want. And recent evidence has been clear that when the Isles play home games on Long Island, they win.”

Bettman’s comments came as part of a long-ranging discussion that ranged from the site of next year’s All-Star Game (Florida, hosted by the Panthers) to an initiative to proactively deal with possible ethics violations.

*  Continued progress on the development of an anonymous, multilingual hotline that could be operational in the next few months and be open to players and personnel who wish to report abusive or inappropriate conduct.

*  Puck and player tracking, which will be used in all 16 arenas during this year’s Stanley Cup playoffs and be integrated into the rest of the league starting with the 2021 season.

*  Discussions with the players association to give next year’s All-Star Game “a distinctly international flavor.”

*  Established the framework for the previously announced executive inclusion council, which will oversee inclusion and diversity. The council will be co-chaired by Kim Pegula, a principal owner of the Buffalo Sabres and Buffalo Bills.

Friday also brought the introduction of the latest partnership with women’s hockey — an elite three-on-three game that included 20 players from the U.S. and Canada. It’s the biggest women’s event the NHL has put together, and Bettman indicated it is possible that the league will do more.

Could the three-on-three become an All-Star staple?

Said Bettman, “I’m thrilled that we have an opportunity for the women’s game to be demonstrated the way it will tonight. I met with players on both teams about an hour ago. We had a good chat. They’re excited to be here. We’re excited to have them. Let’s see how it goes tonight.”