With Devon Toews traded to the Avalanche and Johnny Boychuk unable to play because of an eye injury, it was never in question that Islanders defenseman Noah Dobson was going to have an expanded role this season.

But four practices into training camp, it’s become quite clear how integral he will be to the team.

Dobson worked with the first power-play unit on Friday at Northwell Health Ice Center, the first day of special teams drills at camp. 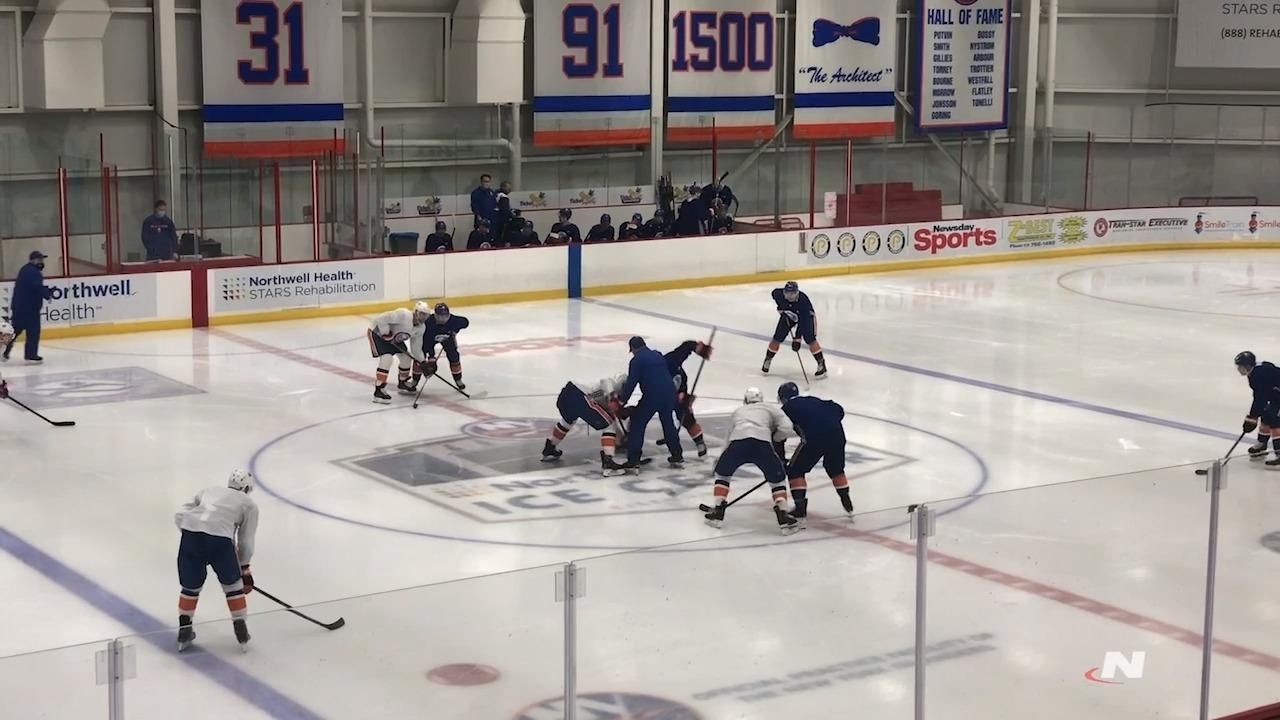 "I think he’s going to do an exceptional job up there," coach Barry Trotz said of Dobson, the 12th overall pick in 2018, who had one goal and six assists in 34 games as a rookie as the organization brought him along slowly.

"He’ll help us in two ways," Trotz added. "He’s a righthanded shot, so if you want to get it over to Pully for his shot, the puck will slot in a more natural way. But also you have the deception of freezing that guy in the middle so he’s out of that lane by being a right shot."

Notes & quotes: The Islanders conducted their second scrimmage of camp. Oliver Wahlstrom, A.J. Greer and Austin Czarnik scored for the White squad against Semyon Varlamov and highly touted Russian rookie goalie Ilya Sorokin stopped every shot he faced in the 40 minutes of running time. Czarnik, signed as an unrestricted free agent after playing eight games for the Flames last season, participated for the first time in camp . . .   Mathew Barzal and Tom Kuhnhackl (both unsigned), along with Simon Holmstrom (quarantining) and Dmytro Timashov (undisclosed), did not play in the scrimmage.