TORONTO, ONTARIO - AUGUST 05: Anders Lee #27 of the New York Islanders checks Brett Connolly #10 of the Florida Panthers into the boards during the third period in Game Three of the Eastern Conference Qualification Round prior to the 2020 NHL Stanley Cup Playoffs at Scotiabank Arena on August 5, 2020 in Toronto, Ontario, Canada. (Photo by Andre Ringuette/Freestyle Photo/Getty Images) Credit: Getty Images/Andre Ringuette/Freestyle Photo

Closing out an NHL postseason series is always a formidable challenge. The Islanders had that hockey truth reinforced when they failed to sweep the Panthers in their best-of-five qualifier.

“We’ve had some guys that have been around the Island for a while,” center Brock Nelson said on Thursday, an off-day for both teams in a stretch of three games in four days. “We’re a pretty tight-knit group. There have been different struggles over the years we’ve been able to overcome.”

But now the Islanders’ task of trying to advance to the 16-team playoffs may have become even tougher for Friday’s Game 4 at Scotiabank Arena in Toronto with the inexperienced Panthers gaining confidence through a postseason win.

“Playoff hockey is new for some of these guys and it’s nerve-wracking,” said Panthers forward Noel Acciari, who has played in 38 playoff games, including the Stanley Cup Final last season with the Bruins. “Once we got the confidence as a team that we knew we could play our game, we responded well to a 2-0 deficit.” 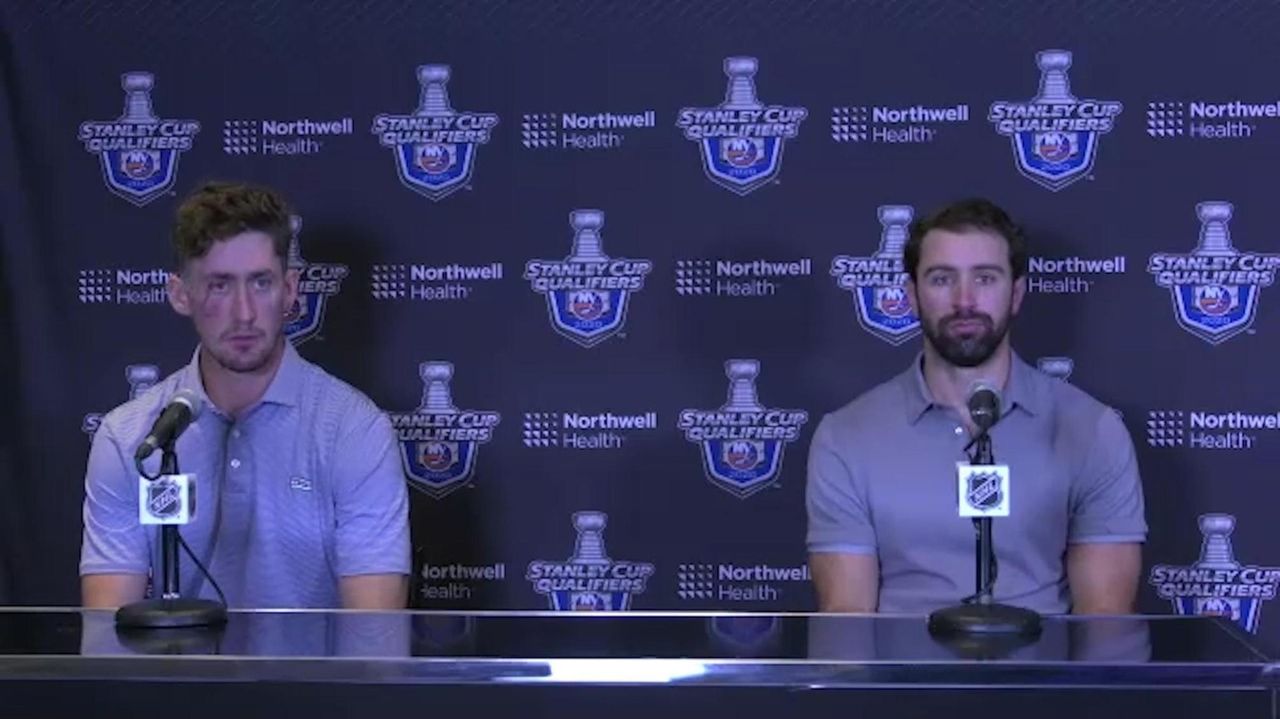 The Panthers’ lineup for Game 3 included two players making their postseason debut and five players participating in their first series. The only previous postseason experience the team’s top two forwards, Aleksander Barkov and Jonathan Huberdeau, had was the Panthers’ six-game loss to the Islanders in the first round in 2016.

The Islanders must tighten their penalty-kill work – the Panthers went 2-for-5 in Game 3 – cut down on the turnovers and finish more of their odd-man rush opportunities to combat the Panthers’ growing confidence.

And they must create more traffic in front of Panthers goalie Sergei Bobrovsky, an adjustment the Panthers made in Game 3 against Islanders goalie Semyon Varlamov.

“Just come out and play our game and play hard,” Islanders coach Barry Trotz said. “Every experience you have, good and bad, in the playoffs is a learning experience. We’re a little more mature. We’ve got some playoff experience. We’ve just got to make sure that our game is real tight in every area. If all our facets are in place, I like our chances night in and night out.

“The hardest game to win in a series is a knockout game,” Trotz added. “That killer instinct, hopefully we have that [Friday].”

But Islanders defenseman Nick Leddy acknowledged the Panthers will continue to have less stress on them in Game 4 despite facing elimination for a second straight game.

“If you’re one game from being eliminated, a lot of pressure is off of you, you can just go on and play,” said Leddy, who won a Stanley Cup with the Blackhawks in 2013. “On the other end, it’s a lot harder. I just remember through the years those were the hardest games to close out a team out because they’re playing maybe a little stress free.”

Then again, history is on the Islanders’ side with NHL teams advancing 56 of 57 times when taking a 2-0 lead in the best-of-five format.

Leddy said the Islanders can’t worry about any of that in Game 4. The key is concentrating on the details of their game.

“I think if we just stick to our game, I know it’s a cliché,” Leddy said. “When we are successful and we are winning games, we’re playing the right way and not really deviating from that. Moving the puck north, the defensemen having clean breakouts. Just little things that we, as a team, when we’re very detailed make us successful.”

St. John's digs early hole against No. 8 Kansas, can't get out
Shesterkin injured in Rangers' win over Sharks
KD leads Nets with 30 points to hold off T-Wolves
NYCFC trying not to change much for Eastern Conference final
Daniel Jones ruled out for Sunday's game vs. Miami
Jets' Mims details his bout with COVID-19
Didn’t find what you were looking for?