Brendan Burke knows it’s going to be different. It’s going to be loud. It’s going to be intense. By the time the fourth Islander fan stopped him on a stroll with his daughter through Huntington on Monday – all to talk about the team – he had a pretty strong sense of the bubbling excitement.

And yet, ahead of Wednesday night’s Game 1 against the Penguins at NYCB Live’s Nassau Coliseum, he offered no big predictions. In his three years as the play-by-play announcer for the Islanders, he’s just learned better.

“It’s tough. Every time you have any sort of expectation for the Coliseum, like Dec. 1, that first game back, or 2/28 when [John] Tavares came back, you have that level of expectation and every time it’s been above that,” he said Wednesday morning. “It’s kind of hard to even imagine what it’s going to be like because those games were fun. This game is important.”

Wednesday, though, won’t be Burke’s first time calling an NHL playoff game – that happened two years ago when he joined the NBC telecast – but he recognizes that the vibe will certainly be different. The Coliseum’s days as the home of the Islanders are numbered (again), and the old barn is notorious for its energy and acoustics. His job, he said, is to somehow bring all of that into people’s homes – within reason. 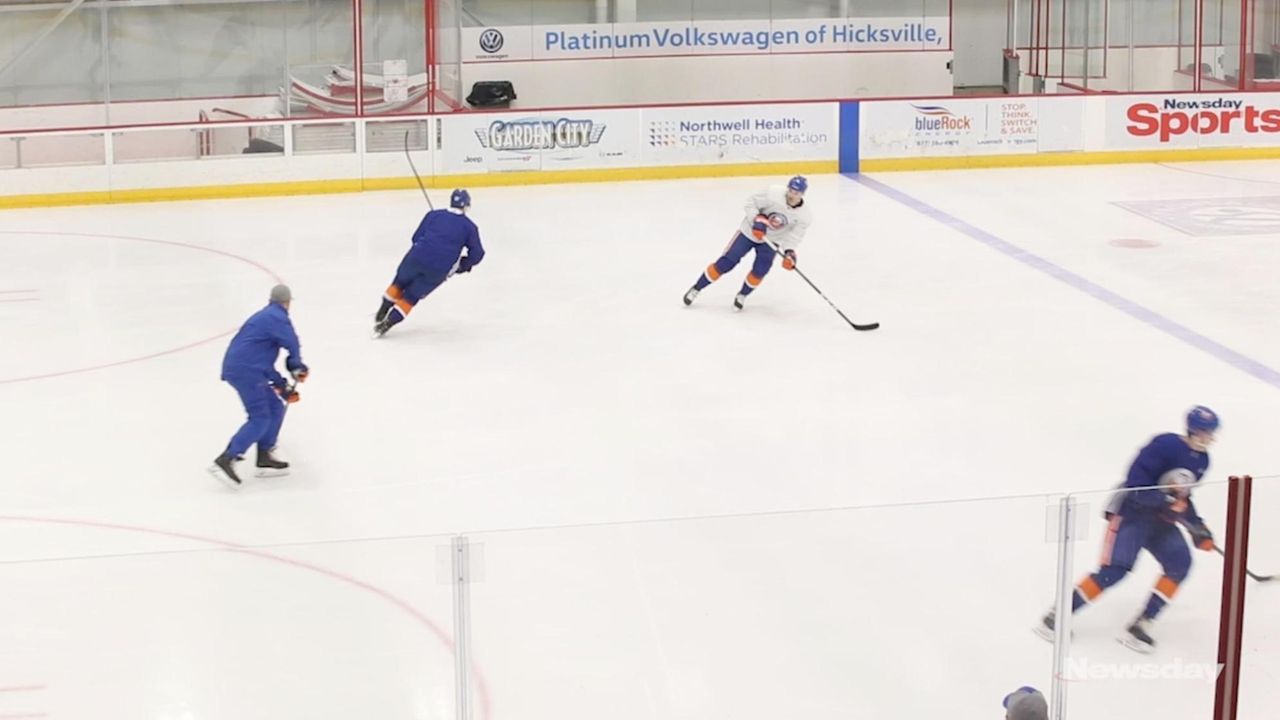 “I view my job as trying to bring the emotion of the building to the team, so it’s hard to match,” he said. “It’s hard to live the whole game at that level through my voice, so I try to find a balance. I know it’s easy to get carried away, especially in the beginning, so I have to be cognizant of myself and my energy level.”

A little like an athlete, the playoffs involve a lot of preparation and maybe a little overthinking. Every postseason push includes a glut of media coverage, including from outlets that don’t generally cover the team. It’s information overload, and not all of it can or should be used on television. Thanks to the three years on the beat, Burke has a strong sense of the Islanders fandom that has embraced him during his tenure, and that will inform his decisions.

“I try to do my best to immerse myself in Islanders culture,” he said.

Even on days like Monday, when a trip for ice cream took a little longer than anticipated.

“I took my daughter to get ice cream after school Monday and I got stopped by four different people, just walking down the street in Huntington,” he said. “I don’t normally get stopped – certainly not that often – but everyone is excited to talk about them.”

Burke included, though his talking will have a bit of a larger audience.

You'll hear Mleczko on both MSG, NBC during playoffsBeing a local television announcer come playoff time often means having to miss out because ... Islanders fans ready to 'blow off' the Coliseum roofThe pent-up enthusiasm should be no surprise. The Islanders' downtrodden, yet passionately devoted fan base has been through it all. Lee happy to get another shot at playoffs with IslesAnders Lee has often showed his willingness to put the group in front of the ... How the 2019 Islanders were builtA look at the Islanders' roster as they head to the Stanley Cup Playoffs for the first time since 2016.