Johnny Boychuk of the New York Islanders battles for position in the second period against Brendan Gallagher of the Montreal Canadiens at Nassau Coliseum on Tuesday, Dec. 23, 2014. Credit: Jim McIsaac

PHILADELPHIA - Jack Capuano chose to "opt out" Tuesday night of answering a question about his team's woeful penalty killing of late. His Islanders, who face the Flyers here Thursday night to try and snap a three-game losing streak, would probably choose to do the same if given the option.

Even before the last three losses, the penalty kill had been struggling. In the three losses, though, the power-play goals against have hurt more. And it's not from a lack of discipline -- the Islanders have been shorthanded only 19 times in the last seven games and have been shorthanded 139 times this season, tied for the third-fewest opponent power plays in the NHL.

But the goals have come quickly, either after lost faceoffs or, worse, failed clearing attempts. Tuesday night's was a lost faceoff, a failure of the penalty killers to get set and a rebound goal right from Jaroslav Halak's doorstep by the Panthers' Jimmy Hayes.

"In the playoffs, it's a big difference if the PK is working," Johnny Boychuk said. "We just have to let Jaro see the shots when we can and clear it when we can. It's obviously not working right now." 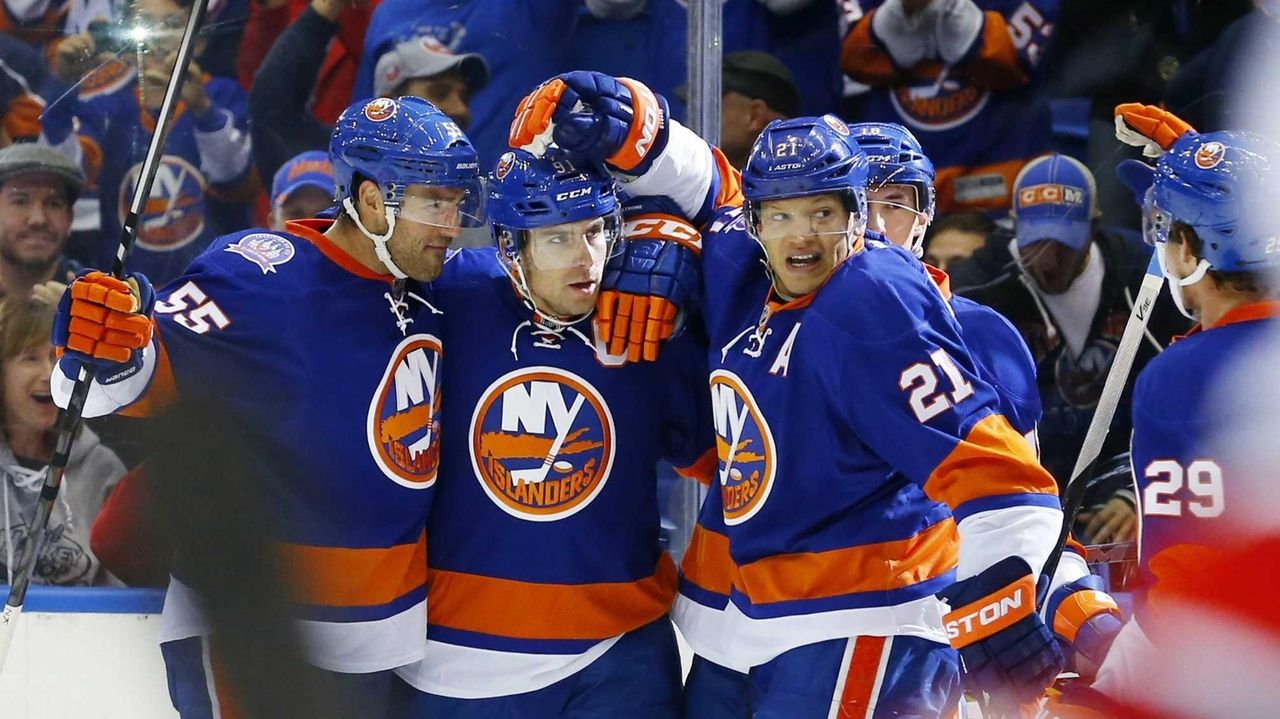 Isles' last LI season ep. 9: Bossy & Fisherman jerseys As the Islanders head into the second half of the season leading the Metropolitan Division, they will have to overcome many obstacles off the ice such as an injury to Kyle Okposo and a blizzard that hit Long Island. On the ice, the Isles make sure to honor their history whether its good or bad. (Credit: Newsday Staff)

John Tavares took a larger view, indicting the power play that he leads, as well. The Islanders had a power play with 3:22 left on Tuesday night, trailing by a goal, but they could barely set up in the Florida zone. "Our power play has been abysmal too," Tavares said. The Isles' power play is ranked 10th in the league at 19.6 percent. "Special teams are killing us right now."

If there's good news as the Islanders begin a road stretch of three games in four nights Thursday night, it's that they are facing a Flyers team that's struggled on the PK as well -- the Islanders are last in the league at 72.7 percent, but the Flyers are barely ahead in 28th at 74.8 percent. Between them? Buffalo, Sunday night's opponent, at 74 percent.

So perhaps the power play can convert and take some heat off the penalty kill. In the last 16 NHL seasons, no team that has had the worst penalty kill in the league has made the playoffs.