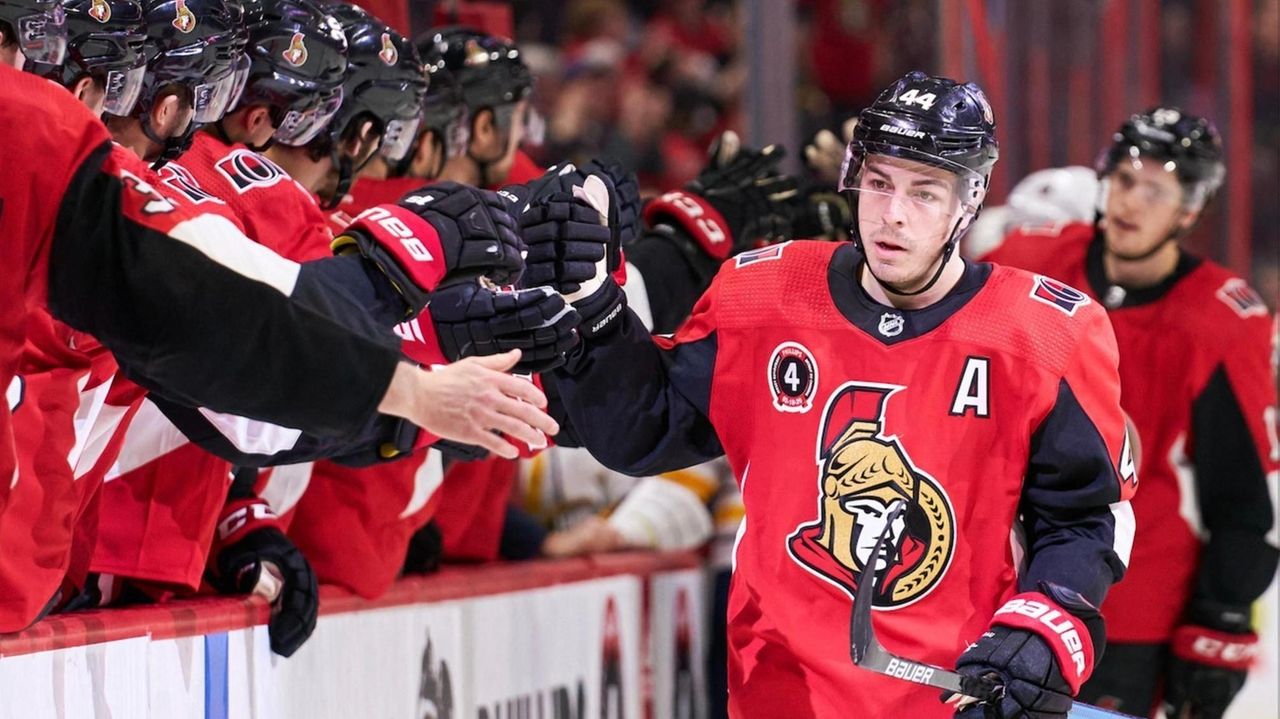 Lou Lamoriello had plenty to say about acquiring Jean-Gabriel Pageau from the Ottawa Senators and little to say about Zach Parise, who remains with the Minnesota Wild.

It was a busy NHL trade deadline day on Monday for the Islanders’ president and general manager, who bolstered the team’s production and defense over the course of eight days.

“It’s such an honor for me,” said the Ottawa-born Pageau, who was in his seventh full season with the Senators. “I couldn’t be more excited to be on a team competing every year for the playoffs, for a championship.”

Pageau and the Islanders hope his international work papers can be arranged in time for him to play against the Rangers on Tuesday night at NYCB Live’s Nassau Coliseum.

Andrew Gross discusses the Isles' trade for Pageau, plus interviews with Ken Morrow and John Tonelli, followed by answers to your questions.

“We felt that, with our lineup, to solidify down the middle, we need a center-ice man, in particular a right-hand shot,” Lamoriello said on a conference call. “They are very few and far between. When you’re looking at center, you try to get a complete player who can play in all situations and, certainly, this man fits the bill.”

Lamoriello was less forthcoming about multiple reports that he had engaged in trade talks with the Wild about Parise, whose 13-year, $98 million deal runs through 2025. Andrew Ladd, who has three additional seasons remaining on a seven-year, $38.5 million deal, was expected to be part of the package returned to Minnesota.

Said Lamoriello, “Until it materializes, it’s not close.”

Pageau, 27, had 24 goals and 16 assists in 60 games as he centered the Senators’ top line. He immediately becomes the Islanders’ leading goal-scorer and is third on the team in points.

He is likely to slot in as a third-line center behind Mathew Barzal and Brock Nelson and also can be used as a penalty-killer and on the power play.

Fourth-line center Casey Cizikas (left leg laceration) has been out since Feb. 11 and was expected to miss three to four weeks.

In the unlikely event the Islanders wind up with a top-three pick in this year’s NHL Draft, the first-round pick they are sending to the Senators will slide to 2021.

The Senators will receive the third-round pick only if the Islanders win the Stanley Cup this season.

Pageau, in the last season of a three-year, $9.3 million deal, could not come to new terms with the Senators and said the trade process was difficult.

“I was puking,” he said. “It was stressful. I’m glad it’s over now and I can focus on my goal, which is winning.”

Notes & quotes: The Islanders also swapped minor-league forward Matt Lorito to the Maple Leafs for minor-league defenseman Jordan Schmaltz . . . Rookie forwards Kieffer Bellows and Otto Koivula were returned to Bridgeport to maintain their AHL eligibility, but Koivula immediately was recalled . . . Ladd also was recalled from Bridgeport and Lamoriello said he will remain on the Islanders’ roster for the rest of the season . . . Cal Clutterbuck (left wrist), out since Dec. 19, completed a two-game AHL conditioning assignment, and Lamoriello said he will rejoin the Islanders for Tuesday’s morning skate.

Island Ice Ep. 23: The Pageau trade, Tonelli, Morrow, Q&A Andrew Gross discusses the Isles' trade for Pageau, plus interviews with Ken Morrow and John Tonelli, followed by answers to your questions. Best: Acquiring Pageau a needed move for IslesThe Isles are in a win-now mode, which is a welcome change for a team that has not won a Stanley Cup in 37 years.