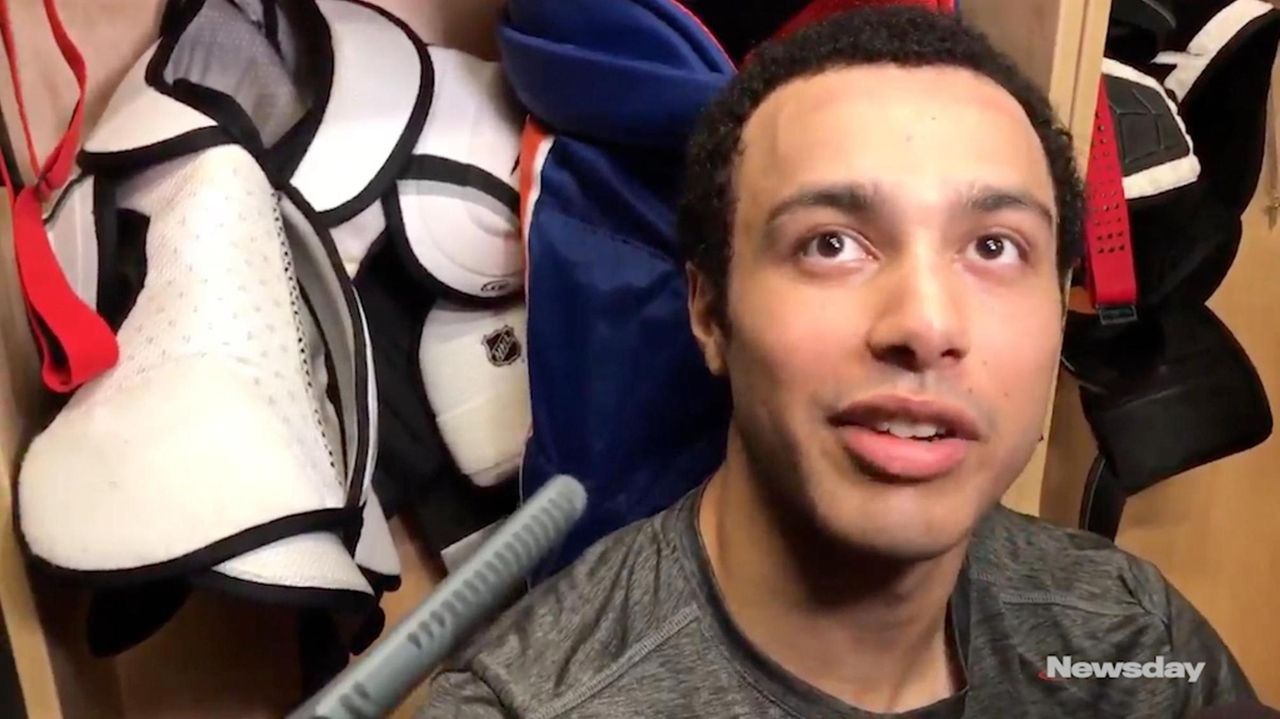 Both Josh Ho-Sang and the Islanders expected different things from the former first-rounder last season rather than the roller coaster of emotions and performances it turned into.

So perhaps nobody in the organization is embracing the notion of a clean slate under new president/general manager Lou Lamoriello and new coach Barry Trotz more than the 22-year-old Ho-Sang, who chafed publicly toward the end of last season about how the Islanders were handling his development.

“None,” Ho-Sang said when asked his expectations for 2018-19. “I just want to listen and I want to soak everything in. Last year was a hard year for me.”

Ho-Sang, the 28th overall pick in 2014 who has split time between the Islanders and Bridgeport (AHL) the past two seasons, was among the 28 players on the ice on Friday at Northwell Health Ice Center for the start of the Islanders’ six-day rookie camp. The camp culminates with a game against the Flyers’ prospects on Wednesday at the team’s East Meadow practice facility.

“I’m excited,” Ho-Sang said. “Lou has won a Stanley Cup and that’s what I want to do. It’s easy to listen to him because he knows how to do it.”

The offensively-gifted right wing also attended the Islanders’ summer prospect development camp from June 25-30 but the organization did not allow him to speak to the media at that time.

Ho-Sang started last season with the Islanders and had four assists in his first four games before being re-assigned to Bridgeport after his sixth game. Ho-Sang then had two goals and six assists over 16 additional NHL games, going scoreless in his last six, before being returned to the Sound Tigers for good. He compiled eight goals and 23 assists in 50 games for Bridgeport in his second professional season.

While a dynamic skater and stickhandler, the Islanders have pressed him to improve defensively.

But Ho-Sang has been far from the Islanders’ only defensive deficiency. They allowed an NHL-worst 293 goals last season, the most any team has given up since 2006-07.

“He’s maturing every year, this is now another step,” said Bridgeport coach Brent Thompson, who is running the on-ice drills during the rookie camp. “The experience he’s gone through, hopefully he takes that and learns from it and moves forward. Just like we are. We’re moving forward.

“Hockey-wise, it’s just his play away from the puck, his overall intensity in the game,” Thompson added. “If he gets that, the sky’s the limit for him.”

Ho-Sang said the biggest lesson he learned from last season was that, “there’s a lot of people that care what’s going on with you.”

“I had to become stronger last year mentally,” Ho-Sang said. “For me, it was a great learning experience. I never had a year like last year. Not even to deal with hockey. It was a hard year for me. I feel happy and healthier and I’m excited for the year.”

Ho-Sang declined to comment when asked about last season’s public criticisms of the Islanders, made when Garth Snow was the general manager and Doug Weight was the coach.

This season is the last on Ho-Sang’s three-year, $3.4-million entry-level deal, making it a crucial one to determine his long-term future with the Islanders.

“I’m happy to get a fresh start,” Ho-Sang said. “I think everyone needed it.”

Goalie Linus Soderstrom, 22, a fourth-round pick in 2014 who underwent shoulder surgery in January, is not ready to practice. Assistant GM Chris Lamoriello termed him day to day but was not sure if he would be ready for the start of the team’s training camp, which has its first on-ice session next Friday…Goalie Jakub Skarek, a third-round pick this June, practiced on Friday but is scheduled to return to Finland on Saturday to rejoin his team there.

Gallant aims to make Rangers the 'hardest working team in the league'
Best: Islanders know what's at stake in Wednesday's Game 6
Isles playoff ratings on NBC Sports up a bit this season
How Trotz's Isles have fared when facing playoff elimination
0:35
Fans attend Isles-Lightning watch party at Nassau Coliseum
Lennon: deGrom dominates again, but can Mets keep him safe?
Didn’t find what you were looking for?