Islanders' Scott Mayfield scores the tying goal in the third period of Game 6 against the Tampa Bay Lightning on the evening of June 23, 2021 at Nassau Coliseum. Credit: Newsday/Thomas A. Ferrara

The agent for Edmonton Oilers star Connor McDavid blasted the NHL referee who declined to call a penalty on Islanders defenseman Scott Mayfield for his cross-check on Tampa Bay forward Nikita Kucherov Wednesday that may have knocked the NHL’s leading playoff scorer out of Game 6, and muddied his status for Friday’s Game 7.

Agent Jeff Jackson retweeted a tweet from TSN in which analyst Craig Button says Mayfield was guilty of cross-checking Kucherov and said it was "not acceptable’’ that referee Chris Lee chose not to call a penalty on the play.

"How many games is Chris Lee going to ref where he pretends not to see a blatant penalty?’’ Jackson said in his retweet. "Why is he still doing games? Another star out!! Wake up!’’

Tampa Bay coach Jon Cooper had no update Thursday on Kucherov’s status or his availability for Game 7. Kucherov, who leads all playoff scorers with 27 points (five goals, 22 assists) played just one shift in Game 6, leaving the game shortly after taking the hit from Mayfield. 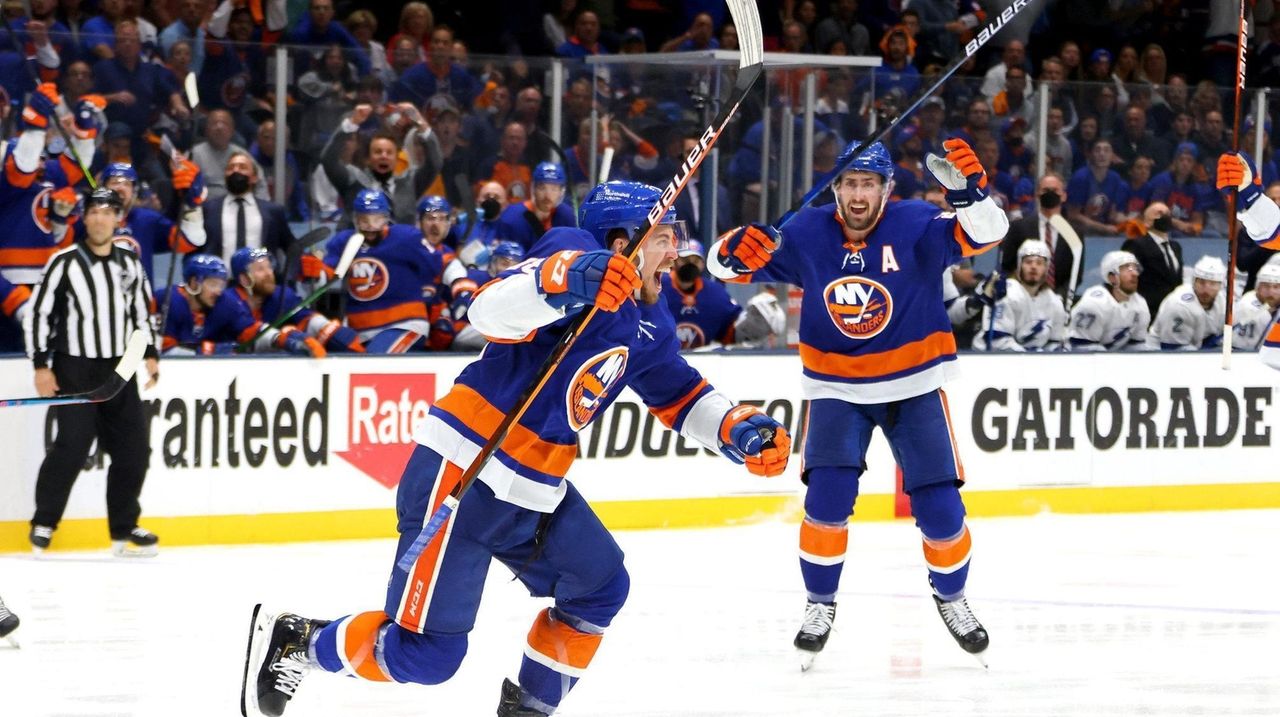 After the game, Cooper and the Lightning took the high road, and did not complain about the non-call.

"I just know it happened really close to one of the officials, but he didn’t see it,’’ Cooper said. "Move on.’’

Kucherov missed the entire 56-game regular season after undergoing hip surgery in the offseason, so Cooper said the Lightning will be fine if the 28-year-old can’t play.

The guys are joined by NHL.com's Dan Rosen to discuss the thrilling Game 6 win for the Islanders at Nassau Coliseum in the Stanley Cup semifinals

The Islanders will not hold a watch party in the Coliseum for Game 7, as they did Monday for Game 5. With tickets at $10 each, with the money going to charity, the Isles drew an announced crowd of 7,200 for their party on Monday. The Islanders lost Game 5 in Tampa’s Amalie Arena, 8-0.

Island Ice Ep. 103: Isles-Lightning Game 6 analysis The guys are joined by NHL.com's Dan Rosen to discuss the thrilling Game 6 win for the Islanders at Nassau Coliseum in the Stanley Cup semifinals