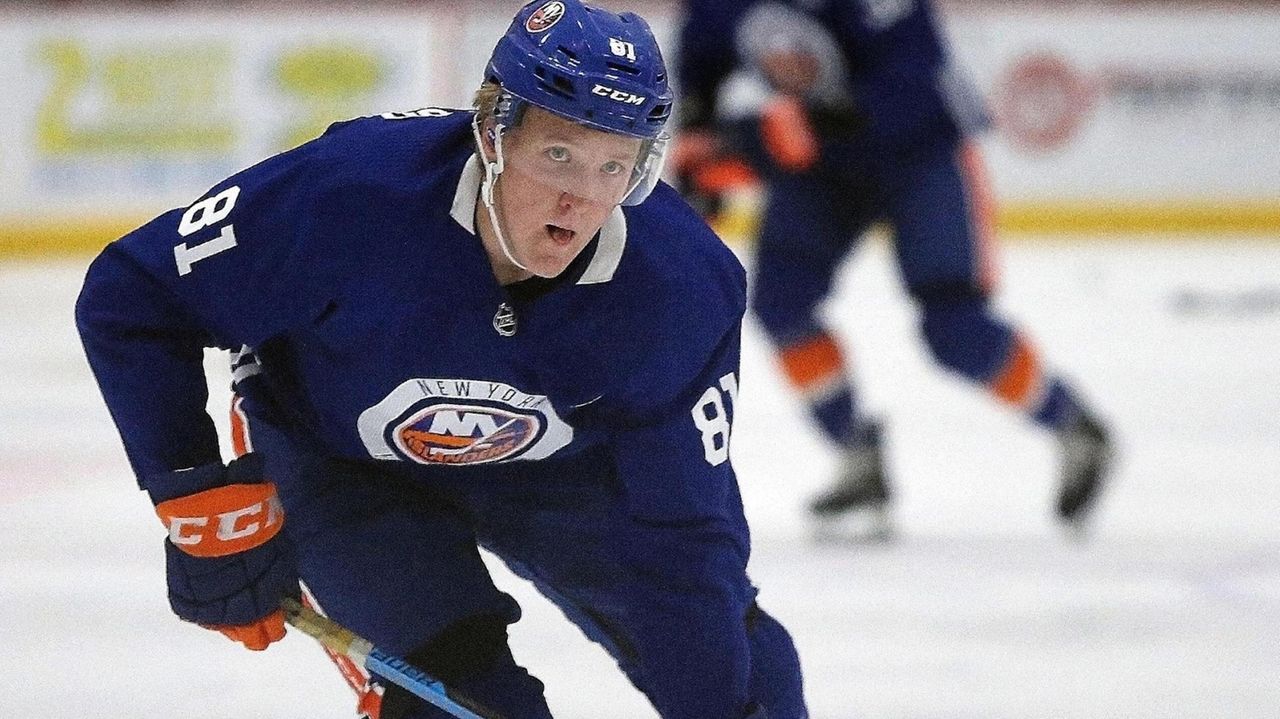 The Islanders on Tuesday held the first on-ice sessions of their summer development camp at Northwell Health Ice Center in East Meadow, with members of the 51-man roster hoping to earn their chance to crack the roster. Credit: Patrick McCarthy

Noah Dobson was selected 12th overall in last year’s NHL Draft and Bode Wilde was taken 41st after surprisingly slipping into the second round. Together, the two prospects may well comprise a big chunk of the Islanders’ future on defense.

The Islanders held the first on-ice sessions of their summer development camp at Northwell Health Ice Center in East Meadow on Tuesday and the two 19-year-old defensemen were part of the 51-man roster that was divided into two groups.

Both Dobson and Wilde, each righthanded shots who have signed three-year entry-level contracts, are expected to participate in the Islanders’ training camp in September and possibly push for a roster spot. From there, though, their paths may diverge, at least for another season.

Dobson can only play for the Islanders or be returned to Rouyn-Noranda of the Quebec Major Junior Hockey League. The NHL’s agreement with the Canadian Hockey League, the umbrella organization for that country’s junior leagues, precludes players younger than 20 from playing in the American Hockey League.

But Wilde came from the U.S. National Development program and committed to playing college hockey for Harvard and then Michigan before de-committing and playing junior hockey last season for Saginaw of the Ontario Hockey League. That places him under a loophole in the NHL-CHL agreement and makes him AHL-eligible for this season.

“It’s probably not the most ideal thing but you can’t control it,” Dobson said of not being eligible to play in the AHL. “You’ve just got to put in the work in the summer and, come September, do your best and see what happens.”

Dobson credited Rouyn-Noranda coach Mario Pouliot, who also coached Dobson to the Memorial Cup with Acadie-Bathurst, into helping him develop his defensive game and became a better two-way player.

Notes & quotes: Swedish forward Simon Holmstrom, selected 23rd overall in this year’s draft, made his on-ice debut in the Islanders’ organization. “It is awesome, better than I expected,” Holmstrom said. “I’m just trying to do my best, learn as much as I can." . . . Goalie Linus Soderstrom, selected in the fourth round in 2014 but who missed all of last season with a lower-body injury, participated with the second group.