Tom Kuhnhackl had as many goals disallowed Wednesday as he has Stanley Cup rings. He has played fewer games as an Islander — only 36 this season — than he has total playoff games (48). He knows the Penguins as well as anyone after spending three seasons with them in Pittsburgh and winning two Cups.

He would very much like to transfer some of that good fortune over to Long Island.

His fiery performance in Game 1 did not come as a surprise to coach Barry Trotz, who gave him the nod over Michael Dal Colle. Trotz said it mostly had to do with Kuhnhackl’s experience on the penalty kill. But the overtime victory did provide a more alluring — though less tangible — quality.

“He’s a winner,” Trotz said Thursday after practice at Northwell Health Ice Center. “He’s got more rings than most of us in that room. He’s such a quality person and I thought he played extremely well last night, had a couple goals called back, but he’s very effective. He always has been effective in the playoffs.” 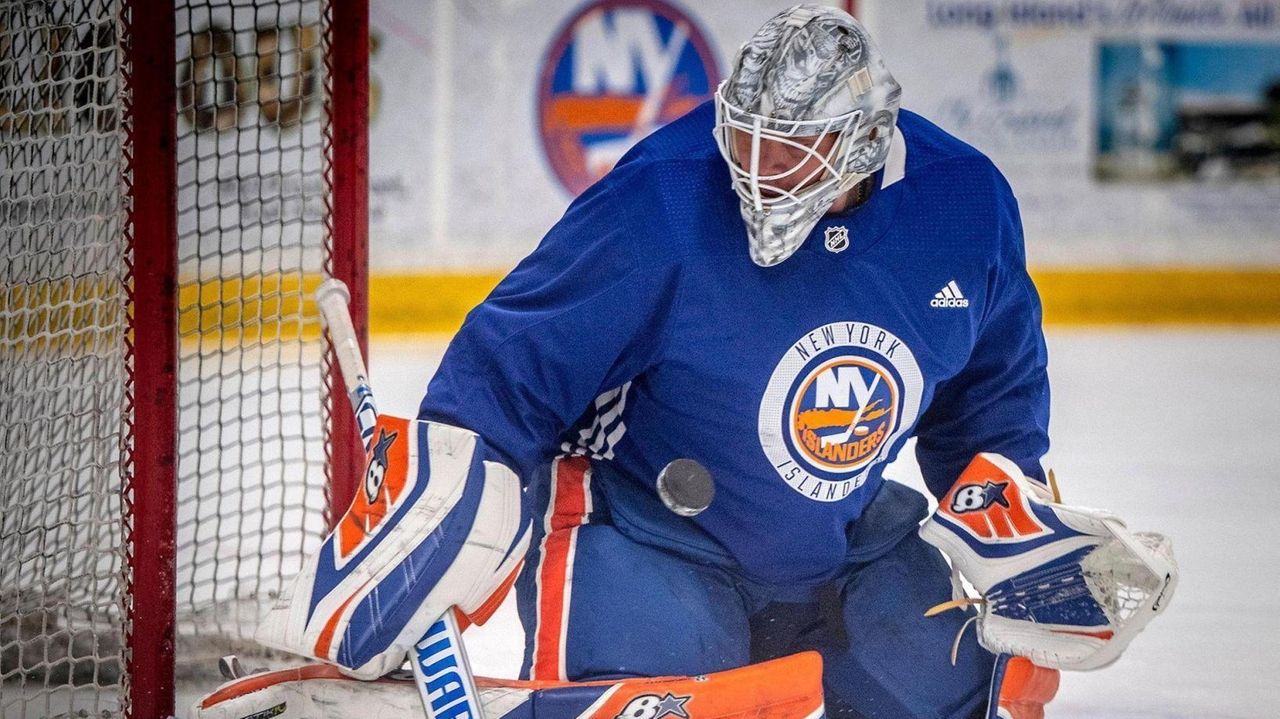 Isles looking to keep pressure on Pens in Game 2 The Islanders practiced at the Northwell Health Ice Center in East Meadow on Thursday and discussed their Game 1 overtime victory over the Penguins, all while looking to keep the pressure on in Game 2 of the Eastern Conference quarterfinals, set for Friday at NYCB Live's Nassau Coliseum. Credit: Newsday / Casey Musarra

The stat sheet didn’t thoroughly reflect that after Game 1, though anyone watching could see the winger’s contributions.

He “scored” 33 seconds into play, stunning a Penguins team that at first seemed on its heels and maybe a little disoriented from the brain-rattling din of NYCB Live’s Nassau Coliseum.

The goal was disallowed because Matt Martin was offside, but the momentum boost was tangible. Jordan Eberle scored a little over a minute later.

In overtime, Kuhnhackl appeared to score the game-winner before crashing into the net, but another replay showed the goal had come off its moorings before the puck crossed the goal line.

Kuhnhackl has three goals and four assists in his playoff career, with five of those points coming in 2016 during the Penguins’ Cup title run.

“It’s a little different playing against your former team, but it helps when you know what to expect,” Kuhnhackl said. “They’ve got a really skilled team, a lot of talent over there. You’ve got to expect the unexpected. They can always make plays, make something out of nothing, so we’ve got to make sure to make them play a 200-foot game.”

With so much of the Penguins’ core personnel the same as it was when Kuhnhackl was on the team, Trotz acknowledged that is something of an advantage — though perhaps not to the same degree that his experience and pedigree is.

“It’s always good because he can fill you in on — every team has certain identities and certain protocols, and he can help you out a little bit there,” Trotz said.

“When the moment is big, he knows how to be big in that moment,” Trotz said shortly after Wednesday’s overtime victory. “I’ve seen him a lot from the other side . . . and when we were trying to build this, we were looking for people like Tommy for these moments. I thought he was outstanding.”

He was the original Mr. Met
2022 NFL mock draft: The first 24 picks
Sorokin the difference in Islanders' win over Flyers
Trotz returns to coach Islanders vs. Flyers
Giants ready to start second round of GM interviews
Stony Brook defense delivers in win over UMBC
Didn’t find what you were looking for?