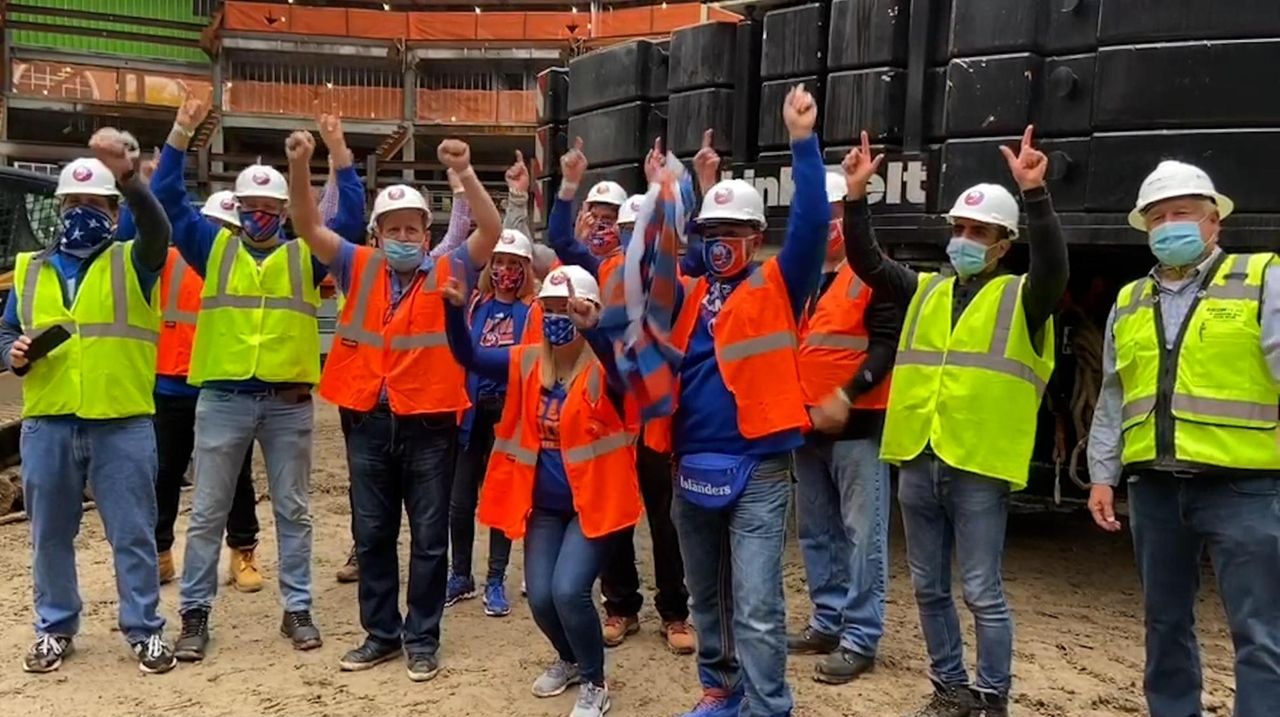 After bouncing around between different home arenas for the last half-decade, the Islanders finally are getting a home of their own.

UBS Arena at Belmont Park is set to become the Islanders’ new permanent home beginning in the 2021-22 NHL season.

The move will come after several seasons of the Isles not having one true home arena. The team left Nassau Coliseum, its home since 1972, and moved into Barclays Center for the 2015-16 season, but soon split their home games between there and the Coliseum.

Here are more facts and figures about UBS Arena. (This page will be updated regularly as information becomes available.)

There will be 56 luxury suites, as well as four clubs: the UBS Club, the Spotlight Club, the 1905 club and the Loft Club. All four clubs differ in both size — ranging from 130 seats to 1,300 — and in the design of the entertainment areas.

The targeted opening date of UBS Arena is November 2021. Watch a live feed of the arena's construction here.

The Islanders announced their season-ticket pricing plans on Sept. 30, 2020.

In the lower bowl, season tickets run from $250 per game — a limited number of seats along the glass — to $75 per game. In the upper bowl, the prices range from $29 to $82 per game, with some standing-room tickets available at $25. Premium and club season tickets will be available starting at $189 per game with additional benefits such as first access to concerts, food and non-alcoholic beverages. There are no personal seat licenses or multiyear commitments required.

Seat-selection priority is based on tenure, meaning season-ticket holders dating to the Islanders’ inaugural season in 1972 get first dibs.

UBS Arena cost $1 billion to build. It is the centerpiece of a $1.3 billion development project at Belmont Park which also includes a 250-room hotel and 350,000 square feet of retail space. Construction on the hotel and retail space have not yet begun.

UBS, a Switzerland-based bank, and New York Arena Partners agreed on a 20-year agreement for the arena naming rights on July 22, 2020.

The Islanders and Northwell Health agreed to a 10-year sponsorship deal for the arena on Oct. 6, 2020. Northwell Health, which also sponsors the Islanders’ practice facility in East Meadow, influenced the health and safety precautions — air circulation and ventilation, sanitization, employee checkpoints — being developed for UBS Arena.

The LIRR is building a stop at Elmont, the first new, full-time station to be added to the system in nearly a half-century. Service to the station is expected to begin in October.

There will be electric shuttle buses that will run between the Elmont station and UBS Arena, as well as from parking lots at the site to the arena.

The Islanders and the developers of UBS Arena entered into a partnership on Feb. 25, 2021, with Boston-based XL Fleet, a company that aims to create charging stations for 1,000 electric vehicles at the Belmont Park site. Project details have yet to be finalized and parking areas across the 43-acre site are being evaluated.

The first concert announcement, however, was The Weeknd on April 7, 2022, as part of his "After Hours World Tour." Tickets are available now on Ticketmaster.com.

Country singer Eric Church will perform at UBS Arena on Dec. 4, 2021, as part of his "The Gather Again Tour". Tickets go on sale May 7 at Ticketmaster.com.