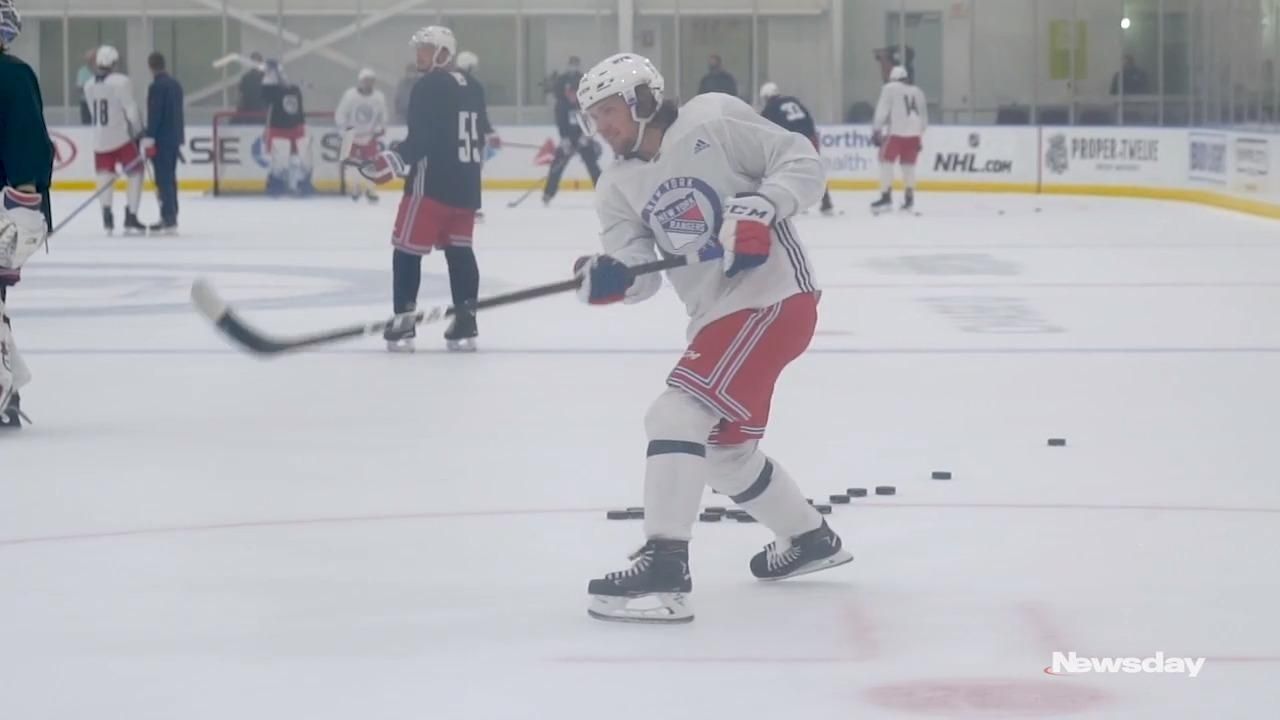 When the Rangers signed Artemi Panarin as a free agent last summer, they expected big things from the 28-year-old Russian forward. And in his first year with the team, Panarin has clearly delivered.

Panarin was named Tuesday as one of three finalists for the Ted Lindsay Award, given to the NHL’s Most Outstanding Player, as voted by the members of the NHL Players Association. Edmonton Oilers center Leon Draisaitl, the league’s leading scorer, and Nathan MacKinnon, who helped push the Colorado Avalanche to the fourth-best record in the league, are the other finalists. The winner will be announced during the Conference finals.

Panarin, a 5-11, 170-pound, righthanded-shooting left wing, led the Rangers and was tied for third in the NHL in scoring with 95 points (32 goals, 63 assists). He led the league in even-strength points with 71, and was second in the league in plus-minus rating, at plus-36. He is the first Ranger to be a finalist for the award since Henrik Lundqvist, in 2011-12. The last Ranger to win the award was Jaromir Jagr, in 2005-06.

“When you're third in the league, in scoring, lead the league in five-on-five points, and you're plus-36 … I think his stats really speak volumes as to the type of season he had,’’ Rangers coach David Quinn said of Panarin, on a Zoom call after Tuesday’s practice.

Panarin signed a seven-year, $81.5 million contract with the Rangers last July, after having helped the Columbus Blue Jackets to their first playoff series win – a stunning first-round upset sweep of the President’s Trophy-winning Tampa Bay Lightning in the 2019 playoffs. Then he set his sights on coming to Broadway, spurning Columbus’ efforts to keep him and turning down a more lucrative offer from the Islanders to sign with the Rangers.

“I think he understood the magnitude of coming to New York,’’ Quinn, said. “[He knew] the impact he was gonna have on this organization on and off the ice. And he embraced it. He never shied away from it.’’

In a Zoom call with Draisaitl and MacKinnon Tuesday afternoon, Panarin – speaking through interpreter Nickolai Bobrov, the Rangers’ director of European scouting – said there was pressure coming to New York as a free agent, but he said that was “normal.’’

“But both the surrounding people that I met in New York and also the decision to read less press and look at less social media allowed me to focus on my craft and drop that level of pressure and stress that I might have felt,’’ Panarin said.

Panarin caused a stir a few weeks ago when he put out a statement on social media that the NHL and the NHLPA needed to “fix the escrow’’ problem the league has, in which  a percentage of player salaries is withheld until after the season in order to make certain the players don’t get more than their 50 percent share of Hockey Related Revenue, as agreed upon in the collective bargaining agreement. Panarin urged his fellow players to not report to the NHL’s restart training camp until a new deal was agreed to that would eliminate the escrow.

Escrow remains part of the collective bargaining agreement, which was extended to 2026 and ratified by a vote of the players on Friday, but Panarin showed up when training camp opened on Monday. He scored the only goal in the short five-on-five scrimmage the Rangers had at the end of their practice Tuesday, beating Lundqvist with a one-timer from the left circle.