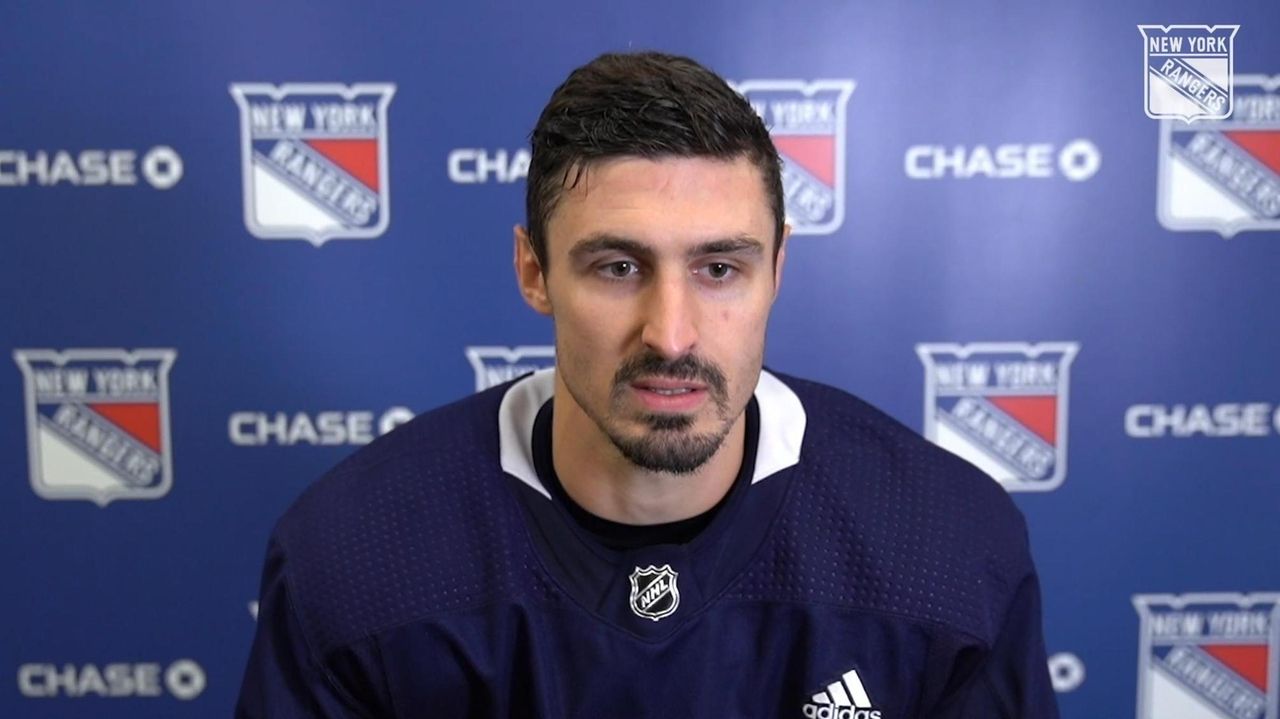 GREENBURGH, N.Y. — While the impact of the coronavirus remains felt across the country, professional sports are beginning to restart. Golf and NASCAR came back a while ago. Soccer — both women’s and men’s — began a few weeks ago, and even professional lacrosse started last weekend. The NBA had its first scrimmages on Wednesday.

With Major League Baseball and the Yankees opening its 60-game regular season Thursday, the imminent NHL restart next weekend got real for Rangers coach David Quinn.

“I think people have always been skeptical that any of these professional sports teams were able to get this thing off the ground,’’ Quinn said on a post-practice Zoom call hours before the Yankees opened their season in Washington against the Nationals.

“Once you see these other leagues get to the point where they’re playing exhibition games, and then Major League Baseball’s about to play their regular-season games, I really think it puts everybody at ease in thinking that this . . . will happen,’’ he said. “And it’s exciting.’’

For the last 10 days, Quinn and his coaching staff have been running Training Camp 2.0 for the Rangers, though he declared on his first day back that he didn’t consider this to be a training camp. The Rangers, he said, were playing well when the NHL halted play March 12, and Quinn has taken the viewpoint that the team is picking up where it left off rather than starting from scratch. In practices and intrasquad scrimmages, he has used the same forward lines and defense combinations that were together when play paused, and he is using the same power play and penalty-killing combinations.

“It’s a signal of the belief we had in the direction we were going when this whole thing ended,’’ Quinn said when asked why he’s kept everything as it was. “We really had a good feel for our line combinations. I thought we had a good feel for the ‘D’ pairings.’’

Although he has not announced who his starting goaltender will be for Game 1 of the Rangers’ best-of-five play-in series against the Carolina Hurricanes, Igor Shesterkin, who had been the No. 1 goalie when play paused, seems to be the front-runner.

Shesterkin again spent the entire practice Thursday in one net while Henrik Lundqvist and Alexandar Georgiev split time in the other. Quinn said he will not name his starting goaltender “until the day of or the day before’’ Game 1 against Carolina.

The team will do its third full-squad scrimmage Friday, take Saturday off and then practice and travel to Toronto on Sunday. On Wednesday, it will play its only “preseason’’ game against the Islanders.

Quinn said the Islanders will represent a good test of his team’s readiness for the restart.

“It’s a great team for us to face, because they’re gonna make us earn ice, they’re going to play hard hockey,’’ Quinn said. “They’re a great opponent to prepare for the playoffs.’’

Notes & quotes: Vitali Kravtsov practiced with the main group Thursday . . . Quinn said everyone in camp except D K’Andre Miller will go with the team to Toronto. Miller signed a future contract with the team for 2020-21 in March and is not eligible to go to Toronto.

Reports: Yankees near trade for Rangers OF Joey Gallo
How advice from Barry Bonds has helped Mets' Smith crush lefties
LI's Capobianco on winning silver medal: 'It just feels unreal'
Lennon: Mets need to be careful not to mess with chemistry at trade deadline
No news could be good news for Isles during NHL's free agent frenzy
Mets notes: Walker's fastball fixed?; daily deGrom; Carrasco on brink
Didn’t find what you were looking for?