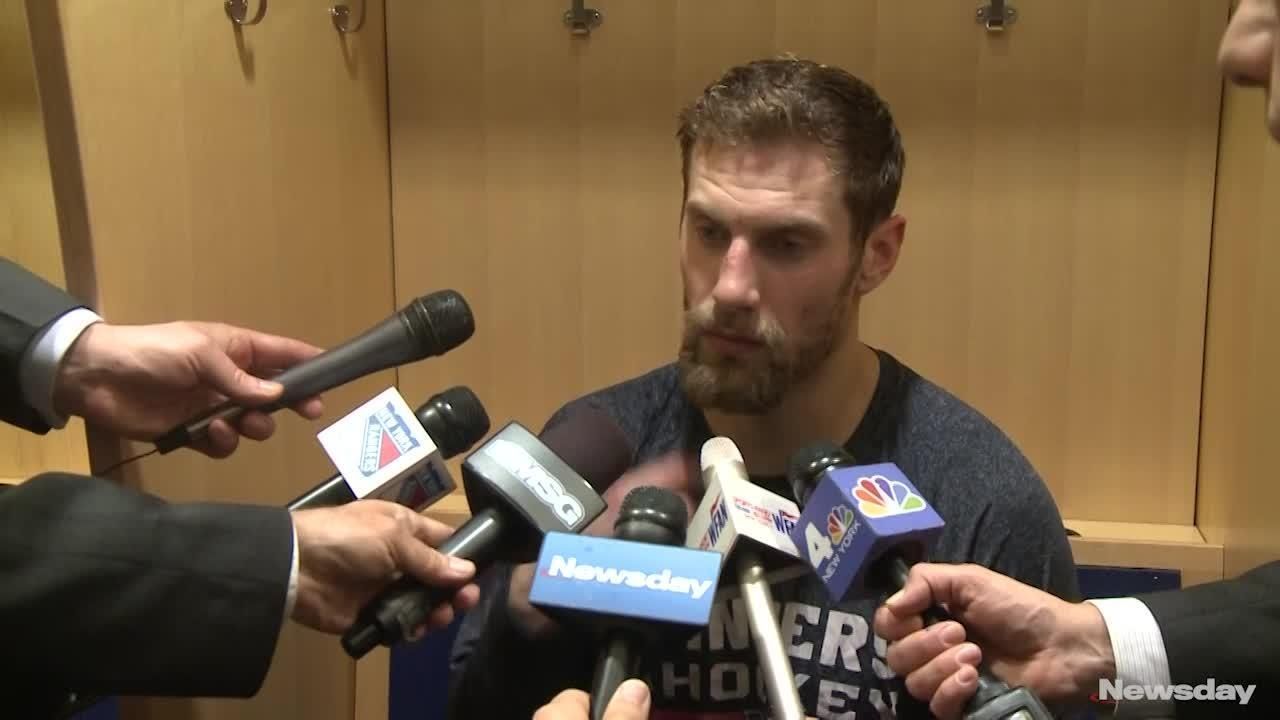 1. How to upgrade the defense?

It’s likely that Kevin Klein, 32, who has one year left on his contract but had an injury-wracked season, will be traded, and the front office will presumably consider a buyout of veteran Dan Girardi, 33, who has three years left on a contract worth $5.5 million a season.

Both are righties, so that’s where they’ll be looking. They considered, but backed away from offense-minded Kevin Shattenkirk, 28, who went to the Capitals as a rental at the trade deadline, and the New Rochelle native, who will be costly, will be on the radar again. The Ducks have a deep pool of defensemen and perhaps righty youngsters Brandon Montour or Josh Manson will be available for an appropriate price.

Ryan McDonagh, Brady Skjei and Marc Staal will be around. Nick Holden has another year left on his contract. Unrestricted free agent Brendan Smith, 28, acquired from Detroit at the deadline for two draft picks will consider re-signing. But at what price? The Rangers are expected to bring a number of blueline prospects to training camp — Ryan Graves, Sean Day, Alexei Bereglazov, Neil Pionk — but they would likely compete for a sixth or seventh slot.

2. How to fill the hole left by a player taken by the Vegas Golden Knights in the expansion draft?

In late June, the Rangers will lose one player. Under the expansion rules, they can protect one goalie, three defensemen and seven forwards. Players who have no-move/no trade contracts cannot be exposed, so the expected keepers are Henrik Lundqvist, McDonagh, Staal, Girardi (unless he is bought out or waives his no-trade), Rick Nash, Derek Stepan, Chris Kreider, Mika Zibanejad, J.T. Miller, Mats Zuccarello, Kevin Hayes. Players on entry-level contracts, such as Brady Skjei, Jimmy Vesey and Pavel Buchnevich are protected.

The top candidates for the Knights are believed to be Antti Raanta, Michael Grabner and Jesper Fast. If Raanta, 27, (26-13-3, 2.28 GAA, .920 save percentage) departs, the Rangers will need an experienced backup goaltender to play 20-plus games. If Grabner, 29, with a reasonable cap hit of $1.645 million, is selected, they will miss the winger’s disruptive speed and scoring. Fast, 25, a valuable two-way right wing, is a restricted free agent, earning $925,000.

3. Of the restricted free agents on the roster, who should the Rangers re-sign?

4. What are the options at the annual draft, held this year in Chicago in late June?

The Rangers have a first-round draft pick for the first time since Brady Skjei was selected 28th overall in 2012. The consensus seems to be that the first round isn’t as strong as in previous years, so general manager Jeff Gorton could opt to drop down. Or they could package picks, players and prospects to attempt to land a top-four defenseman. A swap for a short-term backup goaltender if Raanta is gone is possible.

5. Alain Vigneault agreed to a three-year contract extension, but will there be changes on the rest of the staff?

Goaltending coach Benoit Allaire, Lundqvist’s long-time mentor, is safe, but it’s unclear if associate coach Scott Arniel or any of the assistants will remain behind the bench. Assistant general manager Chris Drury surely will be back.