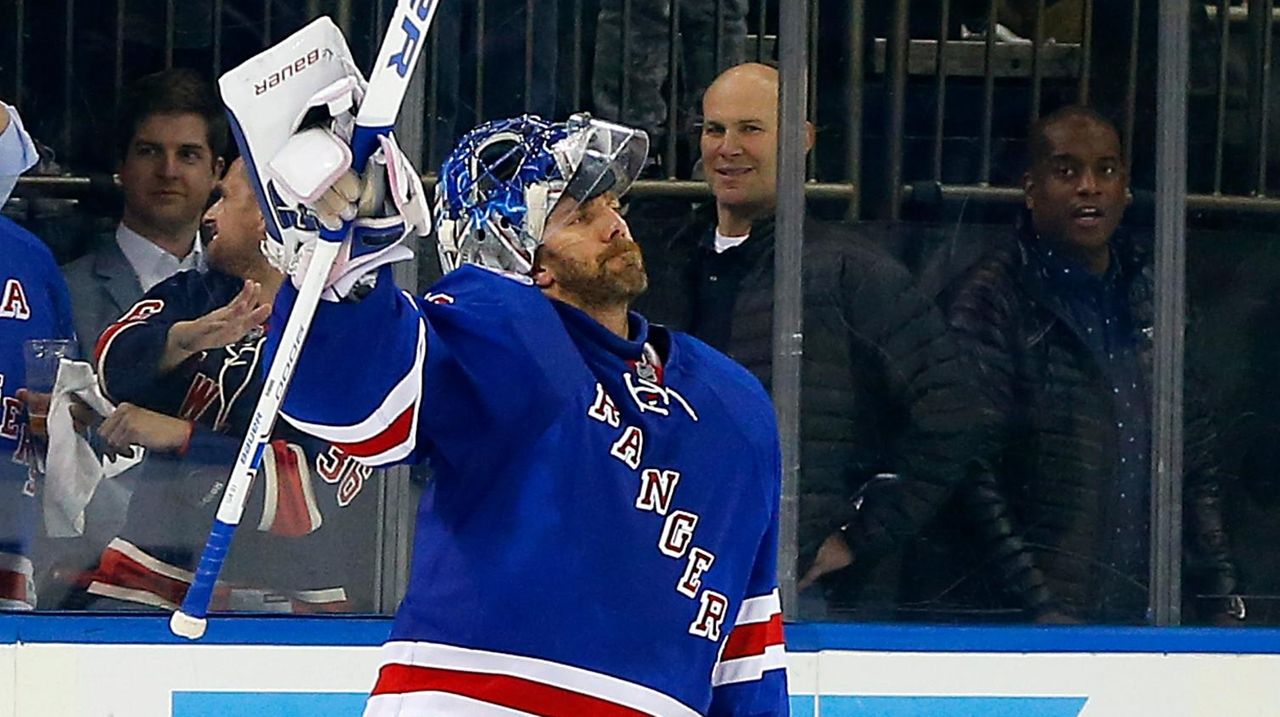 The Rangers defeated the Montreal Canadiens, 2-1, to even the best-of-seven series at 2-2 on Tuesday April 18, 2017. (Credit: Newsday /Robert Cassidy/ Greg Inserillo)

Shea Weber is known for one of the world’s hardest slap shots, so when the Canadiens defenseman wound up from near the blue line late in Tuesday night’s game, all of Madison Square Garden gasped.

Well, not Rangers goaltender Henrik Lundqvist, who was too focused on the task at hand to fret over the situation.

The home team had a 2-1 lead in Game 4 of the teams’ first-round NHL playoff series, and losing was not an option for the Rangers to stay in realistic contention to advance.

So when Weber let loose, Lundqvist kept his eye on the puck. Trouble was, it was going so fast, his glove hand did not have time to react to what his eyes were seeing with 1:18 remaining.

Fortunately for him and his teammates, the puck hit the post flush and bounced away. The Rangers held on during a frantic final couple of minutes to even the series at two games apiece.

“I saw it, but still I didn’t get my arm up,” Lundqvist said later after making 23 saves. “There is no secret, he has one of the hardest shots in the league and there’s not many guys from the blue line who can beat you when you see it.

“I couldn’t believe it that I didn’t get my arm up. When it hit the post, you just have to tip your hat. It’s a good shot. But luckily it hit the post. We had that bounce we needed tonight. We didn’t get it in Game 2, but tonight we got it.”

The Rangers led Game 2 by a goal in the final minute, but Montreal tied the game with less than 18 seconds left and won it in overtime.

Lundqvist said it was an odd feeling when Weber launched his rocket. (Weber is a three-time winner of the Hardest Shot competition on All-Star weekend.)

“It feels like your arm’s going in slow motion, really,” he said. “That’s how it feels when a guy shoots the puck like that. I’m in good position. I’m waiting for the shot. When it comes at you, your brain is telling you to lift your arm and it’s not going fast enough.

“There are not many guys who can shoot like that. So you just try to be in good position, have your body so he needs to take a really good shot around you to beat you. I was a little lucky on that one.

“But I felt like after what happened in Game 2, we deserved this one. It was our best game, I think. We had good jump and good energy, and really played a hard game.”

Lundqvist said the final minutes were a test, especially in light of the events of Game 2. The Rangers passed.

“After what happened in Montreal, you know for sure the game is not over until it’s over,” he said. “So we worked really hard until the end and made some big plays and some big blocks when we had to. It felt like we earned this one. We worked really hard and I felt we had a little more chances but in the end, it’s about finding a way to win.

“You think you earned it, but tonight we did. We needed this for so many reasons. It’s no secret we’re real disappointed the way things have been going at home the last two years in the playoffs. We needed this win.”