Rangers head coach David Quinn talks with his team during a timeout in Game Two of the Eastern Conference Qualification Round prior to the 2020 NHL Stanley Cup Playoffs at Scotiabank Arena on August 3, 2020 in Toronto. Credit: Getty Images/Andre Ringuette/Freestyle Photo

Goaltender Igor Shesterkin, who was deemed “unfit to play’’ in Game 1 of the Rangers’ play-in series against Carolina on Saturday, practiced Sunday but again was ruled unfit to play for Game 2. Henrik Lundqvist, who got the last-minute assignment to play in Game 1, started again in Game 2 and made 30 saves on 34 shots.

Coach David Quinn described Lundqvist’s play as “solid,’’ but left open the possibility he could play a different goalie in Game 3 on Tuesday.

“We haven’t decided, internally, what we’re going to do tomorrow,’’ Quinn said.

If Shesterkin, who was again shown on television sitting in the stands of Scotiabank Arena, wearing a mask (not a goalie mask, but a regular face covering), is fit to play, Quinn could turn to him. Shesterkin, who had a 10-2 record, with a 2.52 goals-against average and .932 save percentage in the regular season, had originally been slated to start before plans changed Friday night. 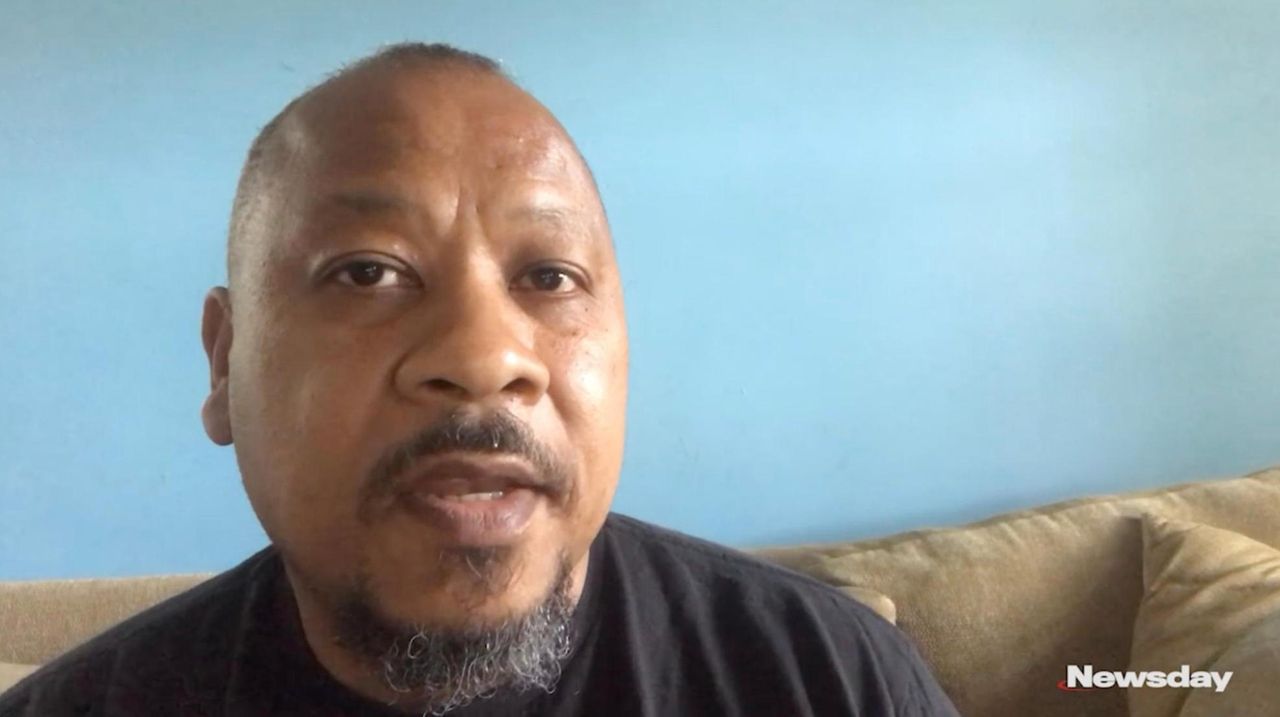 If Shesterkin remains unfit to play, there is a chance Quinn could make a change anyway, and start Alexandar Georgiev Tuesday. Georgiev played the most games (34) of all the Rangers goalies in the regular season, and had a 17-14-2 record, with a 3.04 GAA and a .910 save percentage. And when Shesterkin was out with a cracked rib suffered in a late February car accident, Georgiev started five of the six games Shesterkin missed.

Jesper Fast missed the game after taking a hit from ex-teammate Brady Skjei on his only shift of the game Saturday. Steven Fogarty took his place in the lineup, with Kaapo Kakko moving into Fast’s spot on the second line, with Artemi Panarin and Ryan Strome. Julien Gauthier moved up from the fourth line to take Kakko’s place on the third line, at the start of the game.

Down two goals early in the second period, Quinn changed the lines, putting Panarin with Mika Zibanejad and Pavel Buchnevich and dropping Chris Kreider to Panarin’s spot on the second line. Fourth line center Brett Howden, who had a strong game, moved up to third line, with Filip Chytil and Fogarty, while Phil DiGiuseppe and Gauthier dropped down to the fourth line, flanking Greg McKegg

Lemieux back from suspension

Brendan Lemieux finished his two-game suspension and is eligible to play in Game 3. He is likely to step into the lineup, but Quinn could make other changes as well. D Libor Hajek could be a consideration. D Tony DeAngelo, who is believed to be battling some sort of injury (he didn’t practice Friday or Sunday) did little, other than a frustration fight with Jordan Martinook in the third period (he got a double-roughing penalty, as well as a 10-minute misconduct). His D partner, Marc Staal, played 13:15, least of all the defensemen.

Rangers fall behind early, can't catch up against Hurricanes
Irving scores 15 points in fourth quarter as Nets top Spurs
Islanders legend Clark Gillies dies at 67
Islanders beat Coyotes for third straight win at UBS
Rangers' Georgiev leads off in goal in first half of back-to-back
Parcells believes Schoen is right man for job
Didn’t find what you were looking for?