Lias Andersson of the Rangers carries the puck against th Islanders during the first period of a preseason game at Madison Square Garden on Sept. 24, 2019. Credit: Steven Ryan

GREENBURGH, N.Y. — During a sit-down interview with writers, team president John Davidson made it clear that the Rangers have not begun divorce proceedings with Lias Andersson but do want to hear directly from the seventh overall pick in the 2017 NHL Draft about what prompted him to leave the organization.

“It’s a really hard one to figure out until you really end up talking to Lias,” Davidson said before practice at the MSG Training Facility on Friday.  “I’ve gone and done a lot of research. I can’t figure out exactly what the issue is other than disappointment.”

In recent interviews with a Swedish television station and newspaper, Andersson said there were “factors” and “incidents” that led him to request a trade and leave the Hartford Wolf Pack, the Rangers’ AHL affiliate, to return to Sweden.

The Rangers sent Andersson to Hartford on Nov. 17 in order to give him ice time. Andersson made the NHL team out of training camp but was limited to an average of 9:33 of ice time per game in 17 games. He had one assist in those games before being sent to Hartford, where the 21-year-old had four goals and an assist in 13 games with the Wolf Pack. His last game with Hartford was a 7-1 loss to the Charlotte Checkers on Dec. 18. 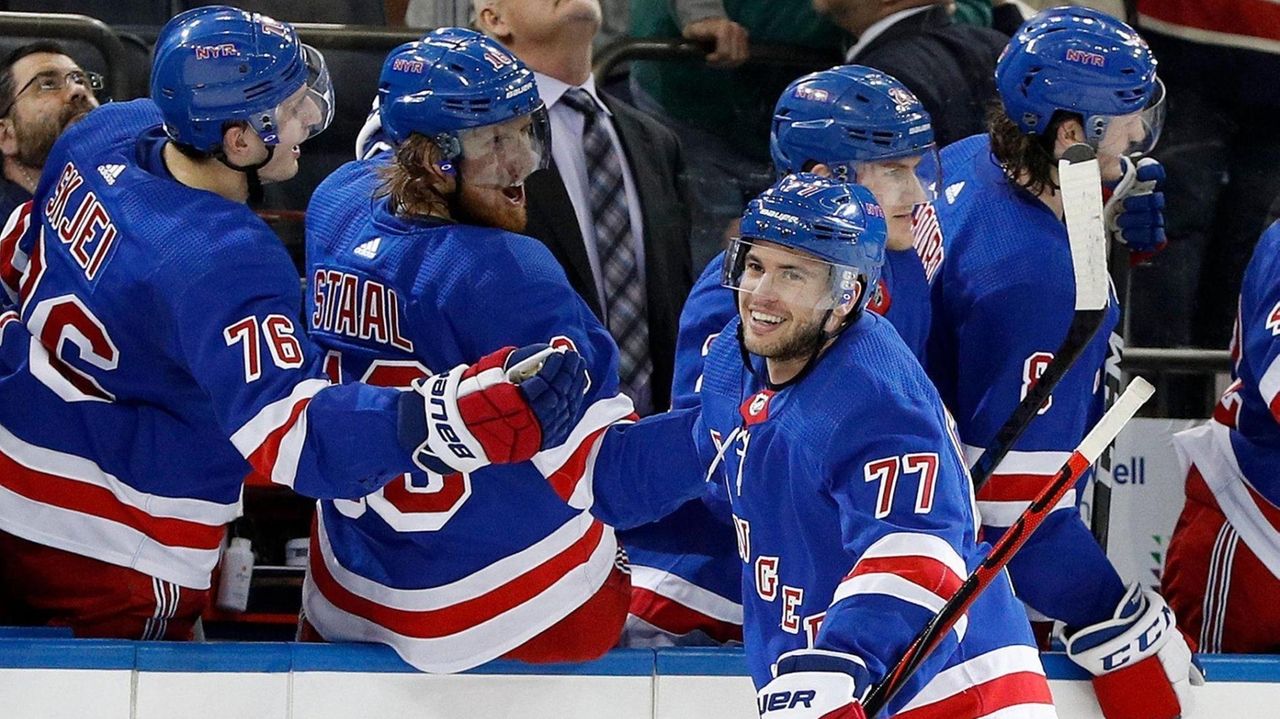 Davidson defended the organization’s handling of Andersson, which has been a season-long talking point.

“The Rangers, as most people know, treat players well, do their best to provide them with every opportunity to become the best player they can be as quickly as possible, and I feel like that has happened here,” he said.

Davidson stressed that he will not make any determinations about alleged mistreatment based on media reports that had to be translated into English.

“I’m not going to read translations in this [situation] because it doesn’t make sense until you hear it from the actual person. It just doesn’t make sense,” he said. “However, I will say that I’ve tried to reach out to everyone involved in our organization and I don’t sense that there’s been issues.”

Davidson wants direct contact with the disgruntled forward. “I’ve called,” he said. “I haven’t talked to him. I’ve talked to his agent a lot. It seems to be the way they want to do things at this point, which is fine. He’s disappointed, obviously, that things haven’t worked out to this point.”

When asked specifically if he or general manager Jeff Gorton will fly to Sweden to facilitate communication with Andersson, Davidson was unequivocal.

“No, not right now,” he said. “There’s plenty of ways to talk to people. Plenty of ways. He right now, at this point in time, feels that he’s doing everything through his representatives, so that’s where we are right now.”

Notes & quotes: After the interview, Davidson observed practice along with Gorton, assistant general manager Chris Drury and Glen Sather, who is a special adviser to owner James Dolan . . . David Quinn announced that Henrik Lundqvist will start Saturday night’s game in St. Louis and that Alexandar Georgiev will be the backup. Also making the trip, according to Quinn: Ryan Lindgren, who suffered a lower-body injury Thursday night; Marc Staal, who didn’t practice, and Libor Hajek.