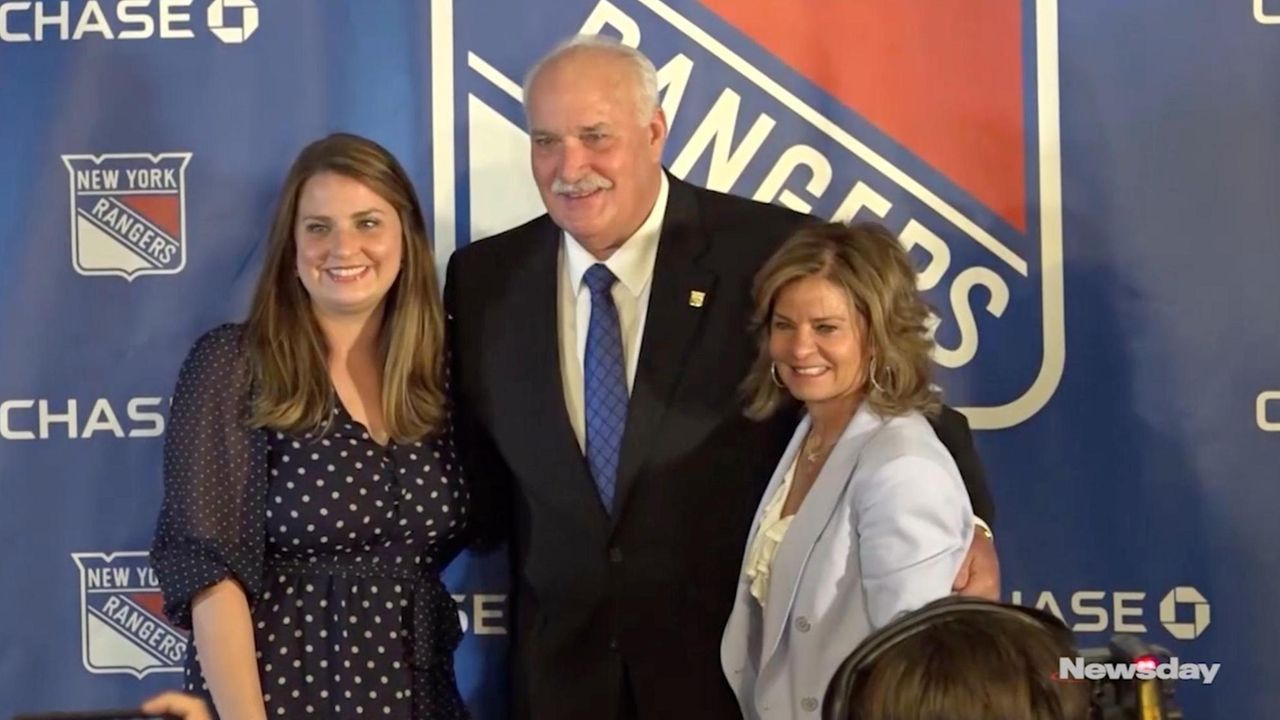 John Davidson was never at a loss for words when he was the best TV color commentator in hockey. But on the day he returned to New York, to be introduced as the new president of the Rangers, the former goaltender and Hall of Fame broadcaster struggled for a moment to get the words out.

“Dreams do come true,’’ Davidson said after Madison Square Garden Chairman James Dolan introduced him and invited him to the podium to make his opening remarks. After that, the 66-year-old Davidson choked up for a moment. But he steadied himself, and explained that, having lived in New York for 28 years while he played and broadcasted for the Rangers, he has become a New Yorker, and the opportunity to come back to replace Glen Sather, who stepped down as team president last month, was one he simply could not pass up.

“New York’s special,’’ he said. “There’s only one New York . . . Once you figure it out, and it gets in your blood, it’s there forever. It’s a special place to win and that’s what we plan on doing.’’

Davidson, known simply as “JD’’ to everyone in the Rangers organization and to all Ranger fans, said in his podium remarks that he knows what Dolan’s vision is, and he shares the same vision.

“I want to continue what’s been started here, and that’s to build the Rangers to become perennial Stanley Cup contenders,’’ he said. “Jim [Dolan] is a man who wants to win; he wants to do it right, and we’re on the same page.’’

Davidson has spent the last 13 years rebuilding first the St. Louis Blues and then the Columbus Blue Jackets as president of hockey operations for those clubs. Now, he joins the Rangers at a pivotal time. Fifteen months into their rebuild, the Rangers have collected a passel of young prospects and draft picks and, having had the good fortune of scoring the No. 2 overall pick in the NHL draft lottery, management is in position to potentially speed up the rebuild with some aggressive moves this summer in the draft, trade and free agent markets.

“There’s a number of ways we can go at any time, there are some key issues coming up, as far as free agency, the draft, all these things,’’ general manager Jeff Gorton said. “Deals come up. So, just be ready for everything. Understand that we have a plan in place and we want to – I think ‘JD’ mentioned that, too – we want to stick with our plan. We want to be as aggressive as we can, at the right time. So, figuring out when that is, you know, that’s the trick.’’

Gorton said he doesn’t envision his job changing much with Davidson taking over for Sather as his new boss. He said he has spoken to Blue Jackets GM Jarmo Kekalainen and other people around the league about Davidson, and all reports say he will be a first-class boss to work for.

Davidson was asked to describe the separation of duties between himself and Gorton. He didn’t exactly answer the question, but indicated he will be very involved in the day-to-day operations of the club, and he and Gorton will work together.

“Married at the hip,’’ he said of himself and Gorton. “As I said, what I want, from my point of view, is everybody to know their seat on the bus, but I don’t want to walk in as a team president and have everybody stand at attention. It doesn’t work like that in our game. I want everybody at ease. And we’re going to work together. Communication. Thoughts and ideas. Lots of disagreements, but everybody on the same team.’’

Gorton was asked specifically about Chris Kreider, who is entering the final year of his contract. The Rangers will have to decide whether to extend Kreider’s contract or perhaps trade him this summer. Gorton said he hasn’t made that decision – or any decisions involving the pending free agents on the team – just yet. He was waiting for Davidson to come on board, and now will sit down with him in the next few days and start formulating a game plan, he said.

“There’s only one New York . . . Once you figure it out, and it gets in your blood, it’s there forever. It’s a special place to win and that’s what we plan on doing.’’